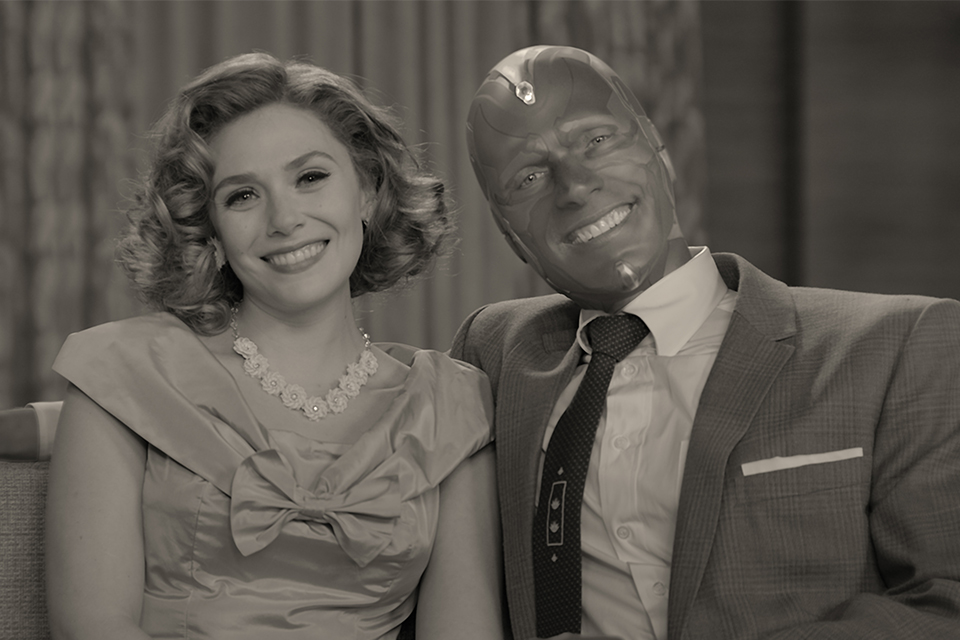 With 23 successful films, the Marvel Cinematic Universe (MCU) began to expand its stories in original series for Disney +.

After some delays due to the coronavirus pandemic and more than a year without any new releases, the MCU officially started its phase 4 with the debut of WandaVision.

In addition to the Scarlet Witch series, check out 10 other Marvel series already confirmed:

The MCU’s first series debuted on January 15, 2021 at Disney +. With homage to famous sitcoms, the production shows the daily lives of Wanda (Elizabeth Olsen) and Visão (Paul Bettany) as a “normal” couple in the suburbs.

We will not give spoilers, but the series is opening several doors to the new phase of the Marvel Universe.

With its premiere scheduled for March 19, 2021, the series will focus on the relationship between Steve Rogers’ two best friends (Chris Evans): Sam Wilson (Anthony Mackie) and Bucky Barnes (Sebastian Stan).

According to the synopsis, production will take place after the events of Avengers: Endgame, when Sam receives the mantle from Captain America. The pair will need to set aside their differences to join a global adventure.

One of the most beloved characters of the fans will win his own series. And the production of the most beloved villain has already gained an official synopsis, which says: “In Loki, from Marvel Studios, the villain Loki (Tom Hiddleston) returns to the role of the Cheat God in a new series that takes place right after Avengers: Endgame”.

In other words, everything leads us to believe that the version of Loki that we will see in the series is the one that escapes with the Tesseract, and not the one that died at the hands of Thanos in Infinity War. The series is scheduled to premiere in May 2021.

The MCU’s first animation will retell the history of the universe with crucial moments lived in different ways.

In the trailer, for example, we can see T’Challa as Star Lord, Peggy Carter as Captain America and even Steve Rogers as Iron Man. Despite being scheduled for 2021, the series does not yet have a release date.

In addition to continuing to tell stories of characters we already know and love, Marvel will also introduce new heroes. One of them is the Knight of the Moon. In the series, with no opening date yet, Oscar Isaac will play the protagonist, Marc Spector.

In the comics, Spector is a mercenary whose life is completely changed when, on a mission in Egypt, he receives a visit from the god Khonshu and becomes the Moon Knight.

Even though she is a recent character in the comics, Ms. Marvel has also gained her space on the small screens. The series will accompany Kamala Khan (Iman Vellani), a super fan of the Avengers who ends up discovering that she herself has powers.

In the preview released by Marvel, we see a little of the casting process of actress Iman Vellani, in addition to the first scenes of the series.

One of the original Avengers, Hawkeye (Jeremy Renner) will train his daughter, Kate Bishop (Hailee Steinfeld) to take on the hero’s mantle. Although we still don’t have much information about the series, it has already been confirmed that several new characters will be introduced throughout the episodes.

This is another super-awaited series by fans, but without much information yet. What we know so far is what was released during Disney Investor Day. At the time, it was confirmed that Mark Ruffalo will return to his role as Hulk and that the actress Tatiana Maslany will be the protagonist of the series.

Secret Invasion is one of the biggest events in Marvel comics and one of the stories that fans most wanted to see on the small screens. The series will have as protagonists Nick Fury (Samuel L. Jackson) and Talos (Ben Mendelsohn), a skrull that was presented in Captain Marvel and also appeared in Spiderman: Far From Home.

The production will show how skrulls, who are able to change shape, are infiltrating the entire Earth.

One of the main leaders of the Avengers, Tony Stark (Robert Downey Jr.) will have his legacy rescued in two Marvel series: Iron heart and Armor Wars.

In Iron heart, we will see Riri Williams, a brilliant scientist who was impacted by Iron Man and builds his own armor.

In Armor Wars, we will accompany one of Tony Stark’s best friends, James Rhodes (Don Cheadle) having to deal with Stark technologies falling into enemy hands.