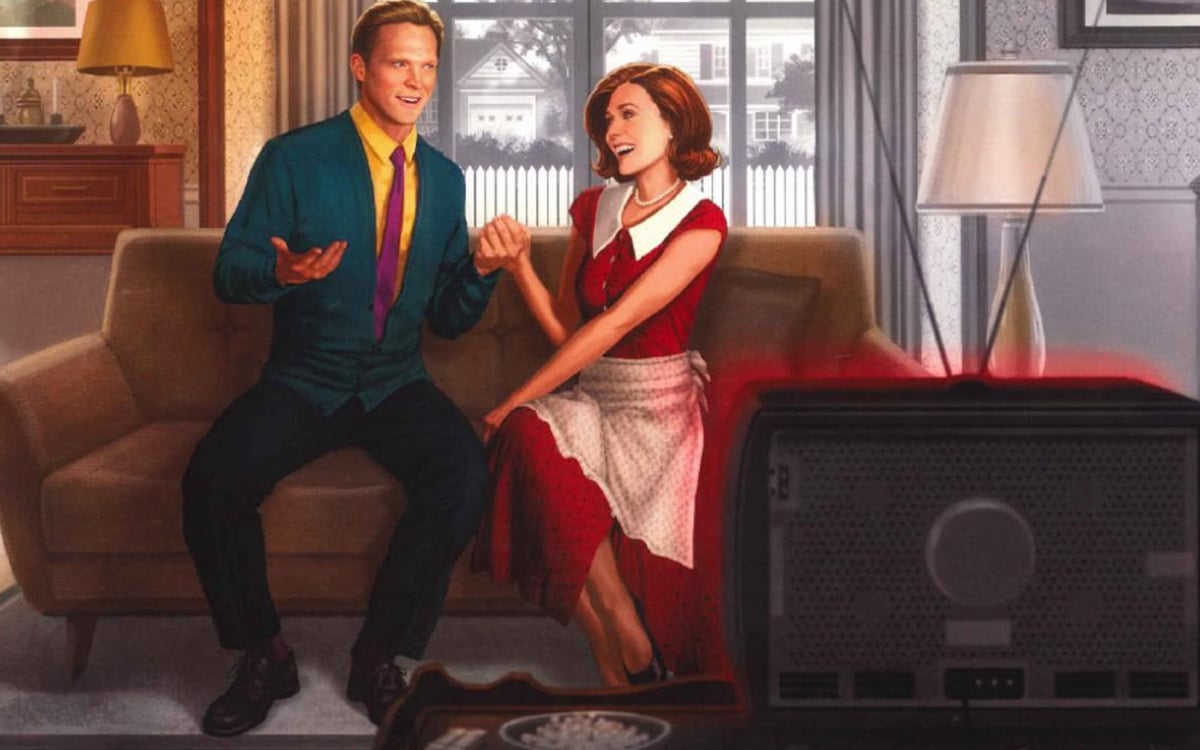 WandaVision is available today on Disney +. The first reviews have just fallen, and if some praise the series, when others are not tender towards it, all agree on one thing: WandaVision is intriguing. Even after 3 episodes, the series remains a great mystery.

The first two episodes of the series are released today on Disney + WandaVision, which in itself constitutes a double event. Not only is WandaVision the first Disney + series of 2021, it is also the first series to truly take root in the MCU (Marvel Cinematic Universe). The others, like Marvel’s Agent Carter or Marvel’s Agents of Shield, have always played the card of ambiguity and even today, their place in the cinematographic universe is not clearly defined. Especially since a few inconsistencies with the timeline of the Marvel films make it difficult to integrate them into the MCU universe.

But back to WandaVision, which is already shaping up to be one of the biggest TV series events of the year. Will she manage to dethrone The Mandalorian in the hearts of Disney + subscribers? If it is perhaps still a little early to judge, since the series will be broadcast in small quantities, the first reviews are sometimes positive, sometimes more mixed. Forbes explains that “WandaVision makes an intriguing “first” among the MCU’s TV shows related to Disney +, because she’s so aggressive and uncompromising “TV”. The first three episodes that went to press weren’t just MCU melodramas […] The main element, at least for the first third, is the broadcast message. ”

WandaVision: we are a little hungry after the first 3 episodes

For its part, Polygon explains about the series that ”it is not a sequel to Endgame, a bridge to Doctor Strange 2 or a television series based on the traditional Marvel recipe. And unlike MCU movies, which have the luxury of keeping their butt in the seats for two hours and explaining themselves in one breath, this story is cut into pieces, leaving plenty of room for unfulfilled expectations. ”

For Variety, the series plays the mystery card to the full in its first episodes: “Because no, of course things in ‘WandaVision’ are not quite what they seem. While there aren’t any concrete answers to be found in the first few episodes, there are some odd clues and moments that make it clear that the stakes in their supposedly blissful domestic life are not as low as those advertised. ”The site also concludes in these terms:“ A sitcom is light. A Marvel story might need to be something else. But not in this case – WandaVision is WandaVision, and if you can watch it for what it is, it’s a nice TV series. “

The media are currently unanimous on one thing: the series is a real mystery. It’s hard at the moment to get a real idea of ​​the real storyline of WandaVision, how Vision (who died in Avengers Infinity War) was able to come back to life and why the two characters find themselves in a universe of sitcom.

On Twitter, however, opinions are much more positive. We won’t tell you more, so as not to spoil you either. But what about you, have you ever watched the series? What did you think of it? Feel free to drop a short comment to discuss it below, we look forward to your feedback.