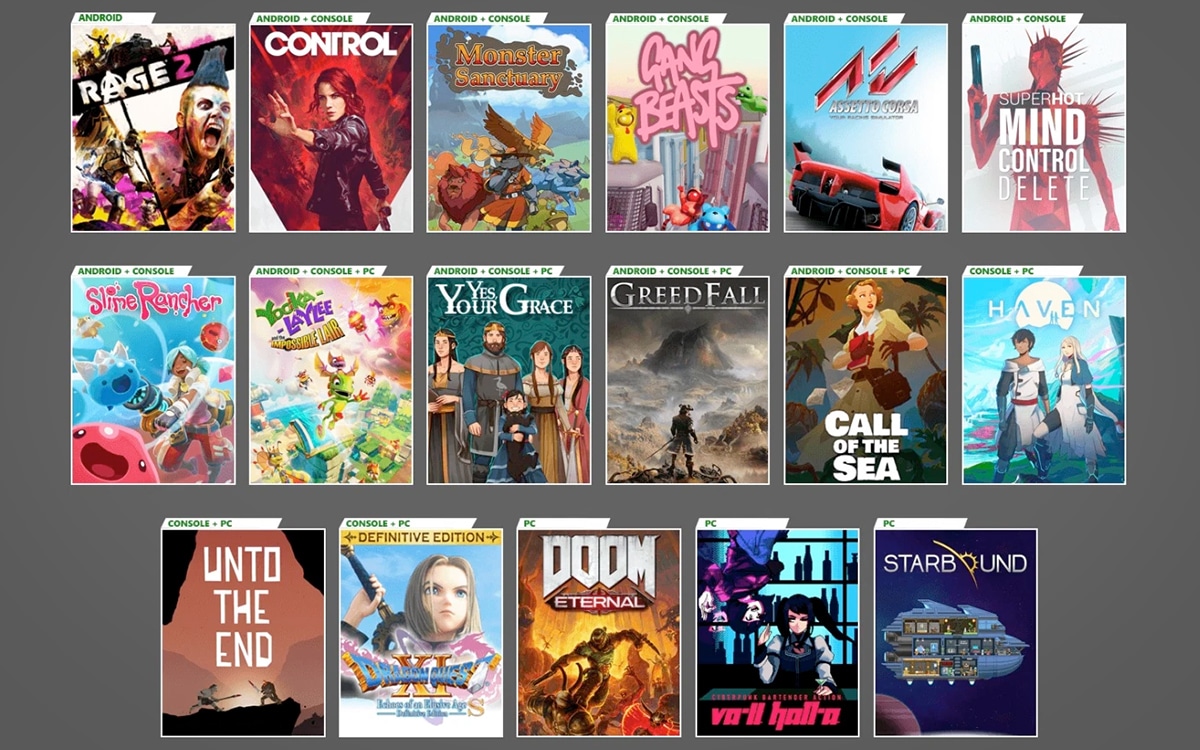 The Xbox Wire blog reveals the list of titles that will arrive throughout the month of December, to end the year on a high note! The site also unveils a list of games available on Android thanks to their adaptation with touch controls, as well as some “Perks” or extras for owners of Xbox Series X and S. A blog completes the list with the arrivals expected in 2021 and 2022.

Microsoft unveiled the list of games joining Xbox Game Pass in December. Xbox Game Pass provides access to over 100 premium games on console, PC and Android smartphones (via xCloud). Described as the first true “Video Game Netflix” subscription available from € 9.99 per month gives access to an extensive catalog of games from a variety of publishers and premium services like EA Play.

The service had no less than 15 million users when the Xbox Series X and Xbox Series S launched.

so here’s games that join the service in December. When we don’t mention the date, the game in question is already available:

The following games can now be played on Android with touch controls, provided you have the Ultimate membership:

Two “perks” are available this month for Xbox Game Pass Ultimate subscribers who have purchased the Xbox Series X or S:

Microsoft is also announcing the renewal of the Xbox Game Pass discovery offer at 1 euro for three months of access to the service.

In addition, the Xbox-mag.net site believes it knows the list of games arriving in 2021 and part of 2022. However, we have not been able to confirm it independently. So here’s what’s supposed to happen in 2021 :