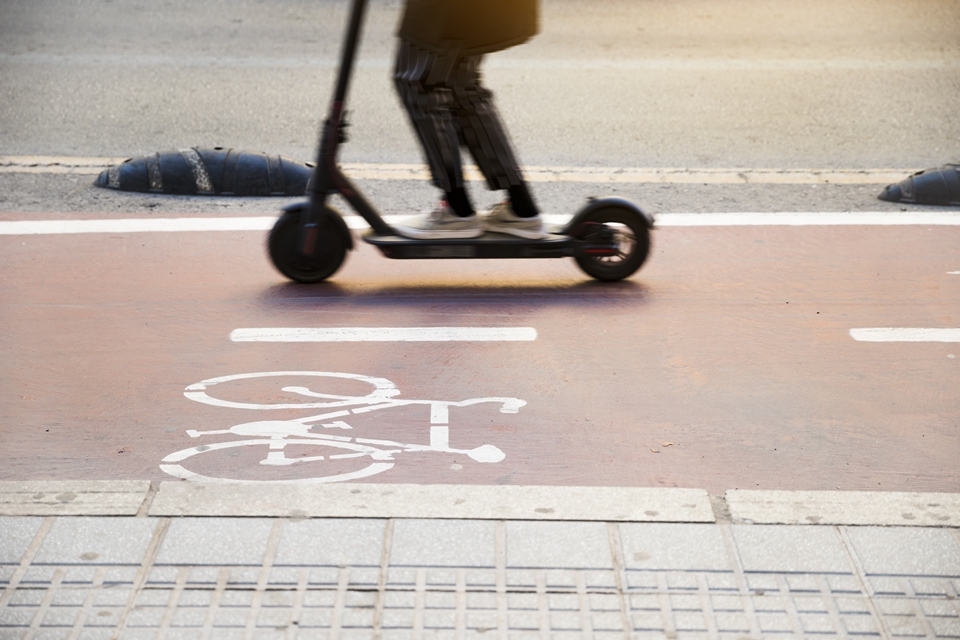 When looking for analyzes and releases on the micromobility scenario, specifically on scooter cases in major cities around the world, I come across apparently contradictory news. In Brazil, Uber announced in March the start of scooter rental operations in São Paulo capital – after a trial period in Santos, on the coast of São Paulo, at the end of 2019. Soon after, in July, Grow (created from merger of Grin and Yellow) requested judicial recovery, after months of crisis and withdrawal of units.

After all, did the scooters work or will they disappear from circulation? This doubt “torments” professionals and mobility enthusiasts, and it does not seem to have a simple answer. It is necessary to analyze case by case. Starting in Europe, where the usual cases usually arise when it comes to mobility – see shared bicycles, always associated with cities like Amsterdam, in the Netherlands.

In 2018, when the Smart Mobility Congress was still part of the Smart City Expo World Congress in Barcelona, ​​Seat (a VW / AUDI group company) presented a model (electric sedan, four doors) that came with a scooter in the trunk, as a stimulus for the car to be parked outside the central region, reducing vehicle traffic in a naturally chaotic area. Another advantage would be free parking spaces or cheaper parking, which are common outside the central area.

In addition, the scooter can be recharged with a socket inside the trunk of the electric car. The idea seems to have caught on, as the company now plans to launch its own scooters and scooters. In 2019, the Smart Mobility Congress grew so much that it started to occupy an exclusive pavilion: the world of electromobility meets there, including practical classes to learn how to ride a scooter more safely.

Visiting Lisbon in 2019, our iCities team noticed not only the “invasion” of electric scooters, but the consolidation of the modal in the Portuguese capital. So much so that, in May of that year, the local authorities made the decision to transform 1,600 car spaces into spaces for scooters and bicycles, after prohibiting their circulation on the sidewalks. “In less than a year, it became clear that city halls did not make enough spaces for bicycles and now for scooters,” said Pedro Homem de Gouveia, accessibility coordinator for the City of Lisbon, visiting São Paulo on the occasion of the 1st Summit of Safety and Coexistence in Micromobility.

Scooter registrations in Lisbon, in the Belém region. Photos: iCities

With the changes in modes of movement of people due to the pandemic, VOI, the European startup of shared electric scooters, is demonstrating that, despite the crisis, it is possible to think of a profitable business model. So much so that it closed its first month of profit in July, against the majority of companies in the sector.

Headquartered in Stockholm, Sweden, VOI has accelerated regulation and infrastructure in several European cities, with government officials who have been willing to encourage the new individual transport model.

When it does not help, however, regulation can hamper the advance of urban micromobility. This is the case of the famous bureaucracy, which frustrates even the high demand and the benefits for locomotion, recognized by experts. “There is immaturity of public authorities and our Legislative in relation to news. It takes more humility to receive the new one, because it is a new way that does not pollute, that is good for the air and to reduce noise pollution, because it is electric ”, analyzed Flamínio Fichman, urban mobility consultant, in an interview with Young pan.

Cities like São Paulo, which regulated the use of electric scooters with traffic restricted to bike lanes, speed limited to 40 kilometers per hour and mandatory helmet use, also ended up imposing barriers to the adhesion of users, since there are countless limitations in the bicycle network of the city. largest city in the country.

In the case of Uber, the company has partnered with other companies so that the frequent user of scooters can buy their helmet with up to 40% discount, since the purchase is the responsibility of each one, not being offered by the company.

Finally, we need to learn from the examples that collapsed. In the case of Grow, according to the company itself, debts reached R $ 38 million, due to increased competition, decreased profit margins, constant need for updating and problems with regulation. Not to mention sharing scooters, which need to be cleaned after use.

The advancement of this modal also requires the validation of the automobile industry itself. A good example is the Seat case, which is reinventing itself and producing its own scooters and providing instructional courses for users on how to move safely through cities, within traffic laws.

Safe use can be a great ally in sustainable individual transport in large urban centers. In Curitiba, even after the end of the sharing companies, we still see many private scooters running, which proves that the modal “got” for a parcel that sees something new and viable in it.

The outlook looks equally promising and challenging for companies that launch into the micromobility market, in the post 2020 scenario.

Beto Marcelino, a biweekly columnist for TecMundo, is an agronomist, managing partner and director of government relations at iCities, the company that organizes the Smart City Expo Curitiba, the largest event in Brazil on smart cities with the seal of FIRA Barcelona.