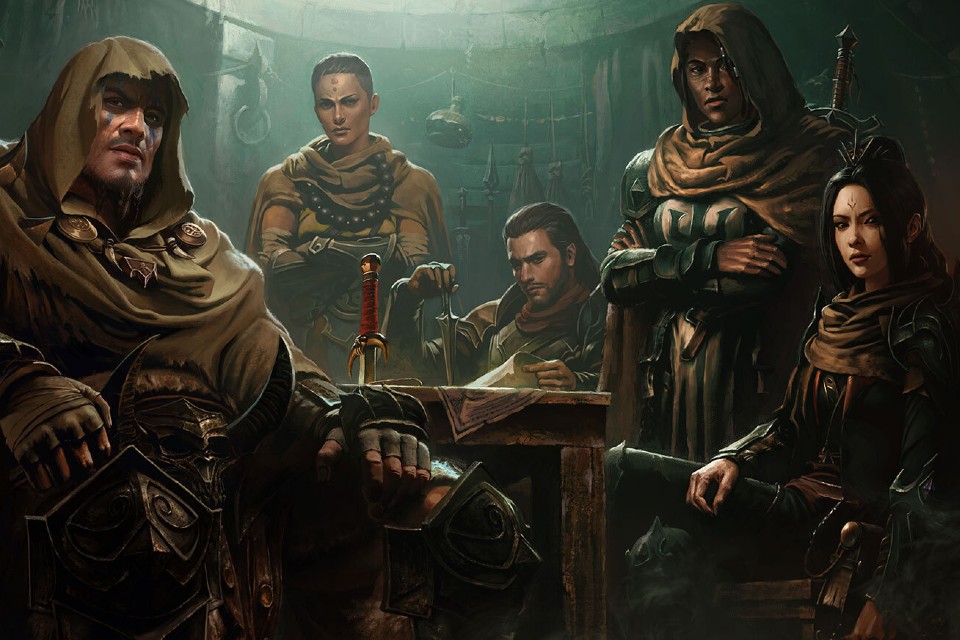 With the launch of Diablo Immortal already confirmed for 2021, little by little we are discovering details about its new classes, areas and mechanics, and they seem to confirm more and more the good impressions left by its technical alpha test!

At Blizzard’s invitation, we had the pleasure of talking directly to Julian Love, the game’s senior combat designer, and Justin Dye, its senior Narrative Designer, who kindly took us on a deeper dive into what to expect from the adventure. Check out how our conversation went!

It was really cool that you revealed that we will be able to play with the Cruzado class again. How different or familiar will it be compared to what we saw in the previous game?

Julian Love: “It will be very familiar in the sense that the Crusader themes are intact, especially the fact that the character is a survivor. After all, the Crusader is someone very good to simply be able to continue a fight, surviving and dealing with a lot of damage. at the same time.

It is also focused on mid-range attacks, which is something we brought back, but this time with an even greater focus. This is something a little more present in the Cruzado de Diablo Immortal than in the Diablo III, where he was a kind of handyman. So what can players expect from the Crusader of Diablo Immortal is a class more focused on fantasy than the class really should be. “

Justin Dye: “I think there are two aspects to that question. Because in addition to what Julian said, in Diablo Immortal we felt we had the opportunity to expand things. Because in Diablo III we introduced Cruzado for the first time, and there he worked a little like Paladin, but with a different history, background and skills.

So it is a fact that they have this origin in common, they are like brothers who have been separating over time. So we found it fun to imagine what happened to the Crusaders about fifteen years before Diablo III. As they were at that time closer to Diablo IIin terms of personality? We plunged deep into it.

Our Crusader Diablo Immortal it is closer to its original faith, something that, as we found out later, would be shaken by the infiltration of a Demonic Lord among its ranks. So it is clear that this would greatly impact your vision over the years. In Diablo III, the Crusader was more like a soldier, tough-skinned warriors on the battlefield. Already in Diablo Immortal, they still have more of that light, it’s closer to the Paladins, so it was fun to work on the history of this class and be able to present new things! “

One of the things that I find most interesting about the frailty is the exploration of new areas. What was it like working in the Frozen Tundra and Mount Zevain areas for this game?

Justin Dye “Honestly, I think it’s one of the most fun things we’ve ever done. We always talk about how the Sanctuary is kind of a character in our games, because it’s a world that has its own tone and evokes a special feeling. So it is necessary focus on that whenever we make new zones.

One of the coolest things about working at Mount Zavain and Frozen Tundra is that we were able to do something cool: these areas take us to an area that we once were, and an unprecedented one. Mount Zavain is close to the monks’ home, and this is something we have never seen up close. We knew nothing about their culture other than armor, but now we can see their world, their gods, and the way that is reflected in their home.

That was a fun challenge in itself. In Frozen Tundra, we were able to return to an area of ​​the Diablo II in Act 5, where he was attacked by Baal’s lackeys, and in our game we have a chance to see the ramifications of that. Barbarians are lost because of their failure to protect the place, and the player can help them find new purposes. That is, the journey of Diablo Immortal it is full of totally new things, but it also marks the return of old places, but with an unprecedented approach. “

In our last interview with director Wyatt Cheng, he seemed very excited about the mechanics of Infernicário. Do you think it will be one of the main attractions of the game in the long run?

Julian Love: “I still don’t want to commit to setting the specific number of the level at which this feature will be unlocked, but yes, it is something that you enable later on in your progress, and one of your big goals is to give players something great and full of content to have fun, a huge challenge to overcome!

In Infernicário we have very difficult and incredible bosses that you need to defeat, and these will be some of the most difficult fights in the entire game. In some of them you will probably fail, so you will need to evolve more before you come back to win, which gives you a long-term goal to overcome.

This should generate some emergent narratives for you and your friends to share, like telling how your journey was to defeat a boss and what route you took for that. We think this is going to be a really fun system to engage players in the long run! “

From its controversial announcement at BlizzCon 2018 to today, with little to do with the launch, a lot of water rolled over during development, and the players’ reaction seems increasingly positive. Why do they think people should try Diablo Immortal?

Julian Love: “Behind the scenes, the fact is that we have been working on this game for many years, and this alpha test was our chance to finally see players interact with the project in a way similar to what they will do in the final version. something that’s not often talked about making games, but when ideas are still in the studio, it’s still just our game. But the moment he’s online, the game becomes yours!

Then we start to see your reactions and absorb your feedback. We stopped looking at ‘our’ game and started looking at it as ‘yours’, thinking of ways to make it even more yours with each new feature. I think this is one of the most wonderful things about being a game developer! “

Justin Dye: “As we built the game, naturally we have a lot of knowledge about it. Particularly, I worked very hard on the story and getting it right. So for a long time I was just thinking and hoping that everything would go well , since I put my heart and soul into it.

And then the players finally have a chance to play, as it was in the alpha, and that allowed us to see the game as it really is. To be able to see people enjoying the world and recognizing us as a legitimate Diablo it’s too much! We have always tried to achieve this, and we will continue to work harder and harder to ensure success. It is wonderful to see the community excited, because it matches well with our own excitement. So I celebrate by thinking ‘That! How cool, let’s all get excited together now! “

And you, are looking forward to free to play Diablo Immortal? What did you think of the developers’ view of the project? Tell us in the comments below!