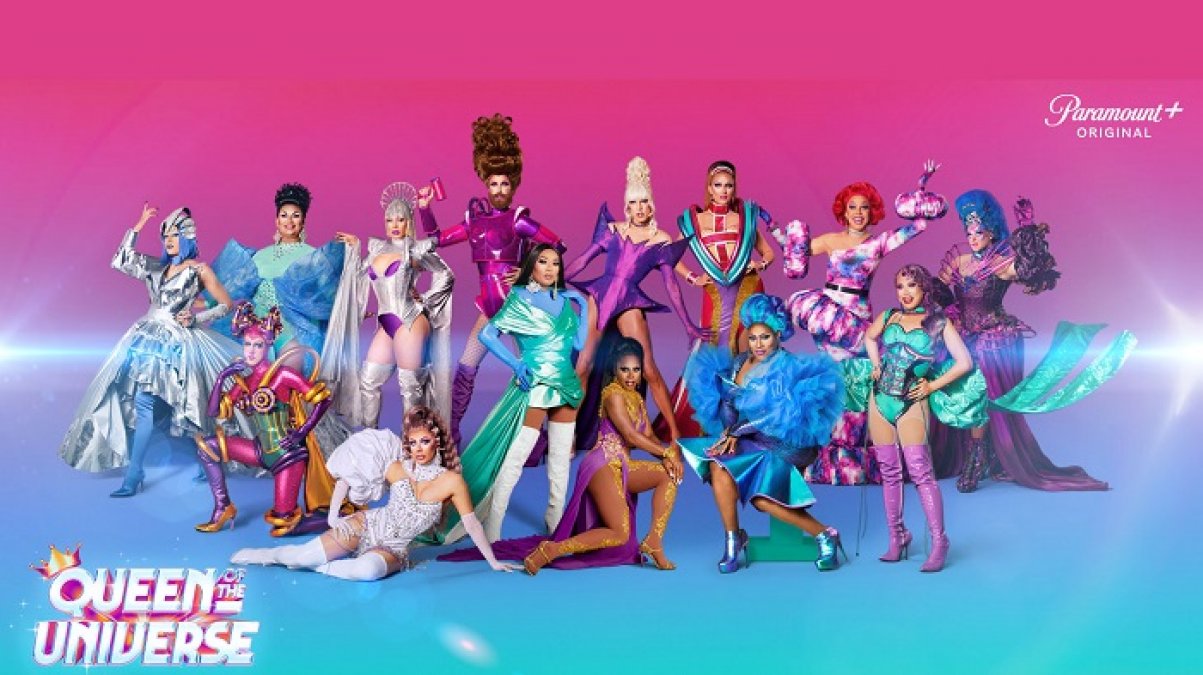 December has arrived and with it several premieres that promise to shake up the Paramount+ catalogue. Among the highlights of this month are the singing talent show Queen Of The Universe, which has an executive production by RuPaul and a Brazilian representative in the dispute, the film The Misfits and the new Porta dos Fundos Christmas special, I nail you out there. Check out these and all the news of the month and enjoy!

Series premiering on Paramount+ in December

December 9th – Queen Of The Universe, 2021 – High heels, powerful voices and a lot of glamour, all in a singing competition hosted by British actor and presenter Graham Norton, which will feature drag queens from around the world who will compete in an attempt to be crowned “Queen Of The Universe”. The jury is composed of singers and actresses: Michelle Visage (RuPaul’s Drag Race), Leona Lewis (The X Factor UK), Trixie Mattel and Vanessa Williams. Grag Queen is the Brazilian representative in this dispute.

December 12 – Los Envoys, 2021 – Two Vatican priests, whose job it is to verify miracles attributed to saints, are sent to a city in Mexico to witness the alleged cures of a priest who mysteriously disappears in the middle of his investigation. A psychiatric clinic on the outskirts of town seems to hide more than one secret related to the healer and his disappearance. Directed by renowned Argentine director Juan José Campanella (The secret of his eyes) and starring Mexicans Luis Gerardo Méndez (El Club de Cuervos), Miguel Ángel Silvestre (No tits, no paradise, Sky Rojo) and Irene Arzuela.

December 25th – Moonshine, 2011 – This series features the story of Bea and Ken Finley-Cullen, the last owners of “The Moonshine”, a summer resort in ruins in the context of financial difficulties, crazy tourists, intrigue and a long-buried secret that threatens to be annihilated by the Finley-Cullens once and for all. Starring Jennifer Finnigan (Salvation), Canadian comedian and actress Emma Hunter and Anastasia Phillips (Reinado).

Movies premiering on Paramount+ in December

December 1st – The Misfits, 2021 – A modern gang of Robin Hoods recruits a renowned thief to help steal millions in gold bars hidden under one of the safest prisons in the world. Starring the iconic Pierce Brosnan (James Bond) and directed by Renny Harlin (Die Hard 2, Deadly Risk).

06 de dezembro – The Loud House: A Very Loud Christmas, 2021 – This Christmas movie based on the popular Nickelodeon original animated series features Lincoln Loud, who is gearing up for Christmas, discovering that most of his sisters have plans to spend the big day elsewhere. Determined to remind his family that everyone should be together, Lincoln and his best friend, Clyde, embark on a mission to sabotage the plans and preserve the family’s Christmas traditions.

December 7 – South Park: Post Covid, 2021 – In South Park: Post Covid, we’ll find the answer to the question: what happened to the children who went through the pandemic? Stan, Kyle, Cartman and Kenny survived, but they will never be the same after COVID. The South Park series was released on August 13, 1997 and is based on the VHS-distributed animated short The Spirit of Christmas.

December 15 – Te Prego Lá Fora – Porta dos Fundos Christmas Special, 2021 – To survive high school, Jesus will have to leave his good works behind and become a “bad boy” in the hope that no one suspects that he is the Messiah. The special was created by Porta dos Fundos, already recognized for its irreverent version of the life of Christ in its annual Christmas specials.

So, excited to check out all these December premieres from the Paramount+ catalog? Make the popcorn and get ready for the marathon!