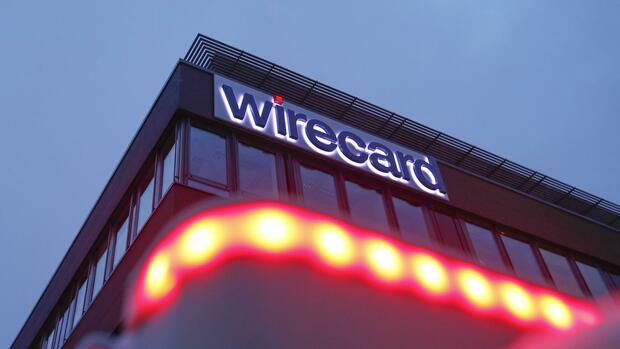 Yesterday’s trading day should be in the Annals of stock market history received: The trading volume at Wirecard, which yielded more than 70 percent, was 40 million papers. For comparison: With all 30 DAX values ​​taken together, a total of 102 million papers were traded on Wednesday.

Even if investors should not always trust analysts’ estimates: NordLB has lowered its price target from 80 to 20 euros. And the Wirecard paper quickly followed this new price target on Friday and slid to a daily low of 19.26 euros, a drop of more than 50 percent compared to the close of the previous day.

First the CEO Markus Braun resigns made the price rise again. The paper is currently 40 percent in the red and is trading at 24 euros.

Before there was a dramatic development: the evidence of a large-scale fraud case around the Dax group Wirecard is condensing.

The Philippine bank BDO Unibank, which allegedly held one of two suspicious escrow accounts for Wirecard, said on Friday that the German company was not a customer: “The document claiming the existence of a Wirecard account with BDO is one manipulated document bearing forged signatures of bank employees, ”said the statement from the Southeast Asian money house based in the city of Makati. “The case has been reported to the Central Bank of the Philippines.”

During the day, the hedge funds publish the current amount of their short speculation on the Wirecard paper. These numbers show how much they were involved in yesterday’s trading. It is reasonable to assume that the funds have bought back massive amounts of paper from the online payment service provider. That would be an explanation for the meantime increase from 35 euros to 66 euros in the midday trade before the sellers then took action again.

Because such a short speculation follows the following pattern: First, short sellers borrow shares in a company, for example from investment funds, and sell these papers. In order to return these shares after the deadline, you have to buy them again beforehand – of course at a lower price if possible. Apparently that happened on Thursday in a big way. The fall in the share price caused many losers, but also some winners.

In addition, investors are increasingly pricing in a Wirecard bankruptcy. The price of a bond that runs until 2024 plummeted yesterday’s Thursday by more than 40 percent and continues to fall today.

In the meantime, the bond was only traded at 23 cents per euro. In return for the falling price, the bond yield rose to more than 40 percent. For comparison: On average, the yield for bonds from European companies that have a triple B rating like Wirecard is 1.1 percent. The return on the Wirecard bond is also extremely high compared to companies classified as “speculative”. European high yield bonds currently yield an average return of around 4.4 percent.

But the situation also calmed down with the bond after Braun’s resignation. The price is now 34 cents and the return is 30 percent.

The second Dax share that is the focus of the short sellers is Lufthansa. But the starting point is different. In this case, the hedge funds are dealing with a major shareholder who may want to buy stocks on a large scale.

The entrepreneur Heinz Hermann Thiele, currently the largest single shareholder in Lufthansa with a good 15 percent, criticized the planned rescue package for the crane airline with a volume of nine billion euros earlier this week. Above all, Thiele is disturbed by the fact that the state is getting a 20 percent stake in the company, at a share price of just 2.5% of the current Lufthansa share price at EUR 2.56.

He reacted on Thursday and sold eight million Knorr Bremse shares. The proceeds are intended for other Thiele private investments, according to a trade announcement.

According to the Bloomberg news agency, the price of the sold paper is said to be 91 euros per unit. The proceeds for Thiele would be more than 700 million euros. The closing price of the Knorr-Bremse share in Xetra’s main business was EUR 95.31. Thiele could use the money to buy a further 15 percent of Lufthansa.

That makes things exciting because hedge funds are also under pressure to buy back shares. Your short sale quota is currently 9.96 percent of all freely tradable shares. You have to buy back the equivalent of 47.6 million shares, the average trading volume is around ten million papers a day.

This news inspires Lufthansa shares, which increase by more than three percent.

“Revisions to economic forecasts were made a little too quickly”

The starting position has not changed since yesterday’s trading day: the upside gap from the beginning of this week (11,968 to 12,133 points) remains the first important area of ​​support. Specifically, the upward price gap means that the daily low on Tuesday was above the daily high on Monday. This is interpreted as a sign of further rising prices and is an important area of ​​support according to chart technology.

The 200-day average line, which currently stands at 12,149 points, is also listed in this area. This line is an indicator of the long-term trend.

On the top side it is striking: The Dax does not manage to sustainably exceed the 12,400 point mark. Also on Thursday, the Dax quickly slipped again after rising to 12,483 points. This area must be overcome in the long term for further price increases.