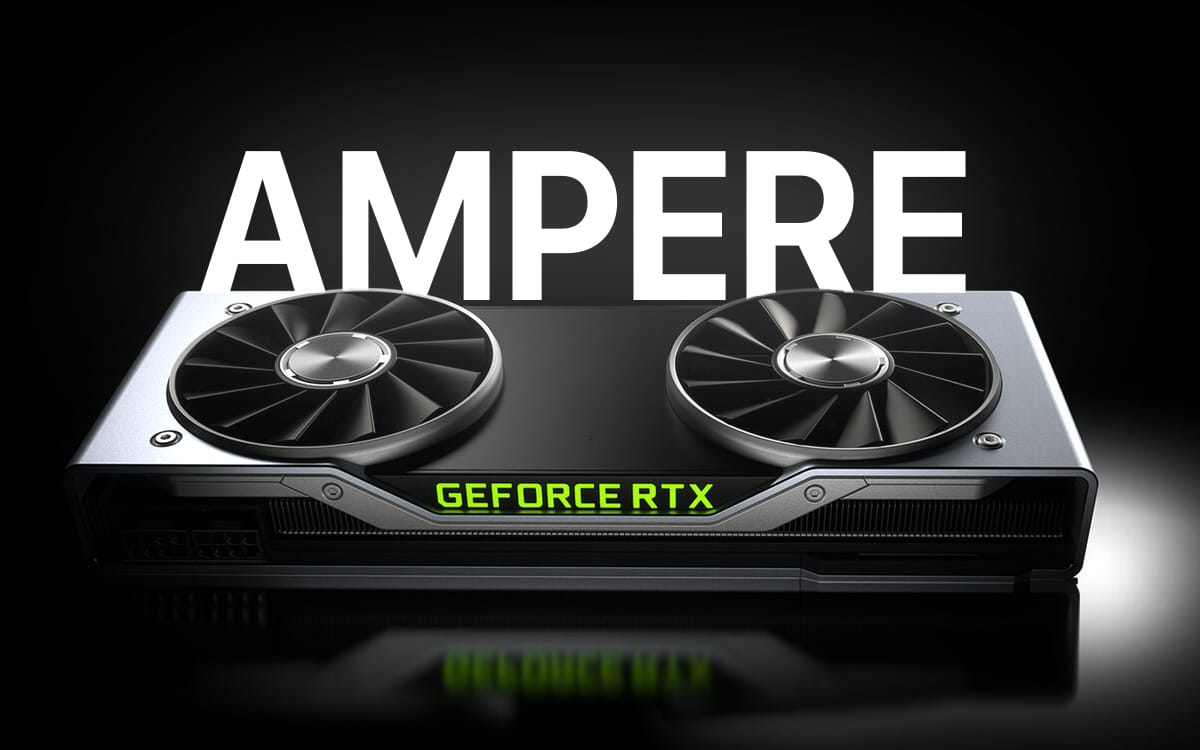 Nvidia will soon unveil its new Geforce RTX 3070 and 3080. These two cards should benefit from the new Ampere architecture, with increased engraving finesse and increased performance. Date, price, technical sheet, and comparison of architectures, here is everything we know about the new Nvidia graphics cards.

Nvidia is due to launch a new range of graphics cards in 2020: the GeForce RTX 3000. These new graphics processors benefit froma new architecture called Ampere. They thus go from an engraving fineness of 12 nm to 7 nm. Nvidia aligns itself with the Navi GPUs from AMD, also engraved in 7 nm.

Two card models have so far leaked, the GeForce RTX 3070 and 3080 with a particularly impressive technical sheet. The RTX 3080 would be available in a particularly muscular 3080 Ti version. Besides the RTX 3070 cards, there would also be issues of more affordable RTX 3060 and 3050 models.

Nvidia begins teasing a preview event on August 31, 2020. A mid-size Nvidia RTX 3080 with 20 GB of VRAM would launch in early September. The classic Nvidia RTX 3080 would arrive in the second half of the month.

The more powerful 3080 Ti is expected to arrive next quarter.. Cheaper references like the 3060 should not be available until Q1 2020.

💸 How much will the next Nvidia graphics cards cost? 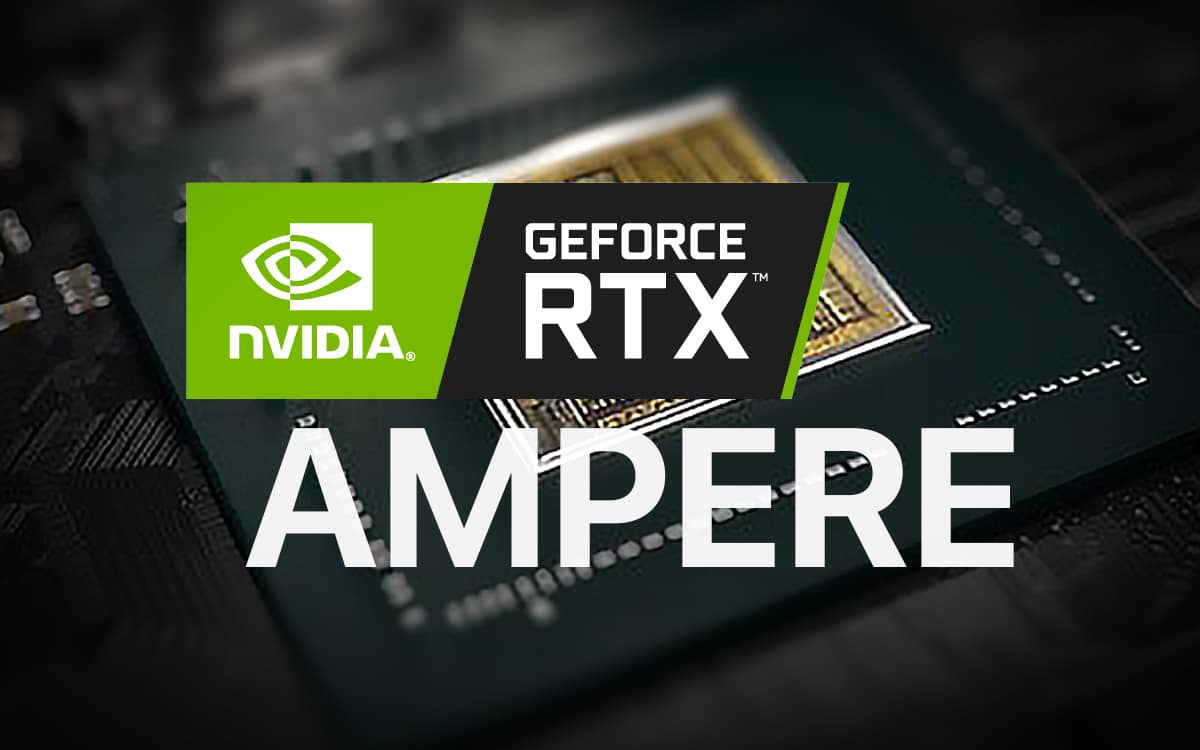 At the moment it is very complicated to pronounce on the prices, or even to establish a comparison against previous Nvidia releases. There is indeed enough to blow hot and cold. However, there are beginning to be informed estimates for want of anything better. Here is what it could give:

The competitive environment has become more complex in the graphics chip market. AMD has become very aggressive with its new Navi architecture. And the offensive is expected to continue in 2020 with a new line of AMD cards Nvidia killer based on the new RDNA 2 architecture. Early rumors suggest performance up to 50%.

However, Nvidia has enough to anticipate a low price positioning at AMD. And would therefore have every interest in lowering its prices a little. Nevertheless, two elements come to thwart this hope. First, the facts, sad as they are: when Nvidia launched the RTX 2000 line under the Turing architecture, the founder chose a high price point. The GeForce RTX 2070 Super was therefore offered for € 529 and the RTX 2080 Super from € 745, which did not prevent sales from being particularly strong.

In addition, we expect a shortage in the graphics RAM market: Microsoft and Sony must indeed launch a new generation of consoles (Xbox Series X and PS5) by the end of the year, both equipped with GDDR6. This could increase the price of the cards a bit.

The first information on the next GeForce RTX 3070 and 3080 cards is enough to sharpen our expectations. We are indeed on an engraving almost twice as fine, with a new architecture which explodes the memory bandwidth, and particularly muscular RAM options:

The data in this table is based in part on rumors. Some data may be different from the official technical data sheet. When we were in doubt, we added a question mark.

A recent leak also suggests RTX 3080 configurations that are still muscular with 10, 20 and 24 GB of RAM. In addition, if the performance gains from the Ampere architecture are really 50%, we can expect the GeForce RTX 3070 to deliver performance comparable to an RTX 2080 Ti – for a lower price.

According to initial estimates, the GeForce RTX 3080 Ti would deliver 40% better performance than the previous generation. For 4K games, this performance gain would even be 50% in optimized games.

What is the difference between Ampere and Turing architecture? 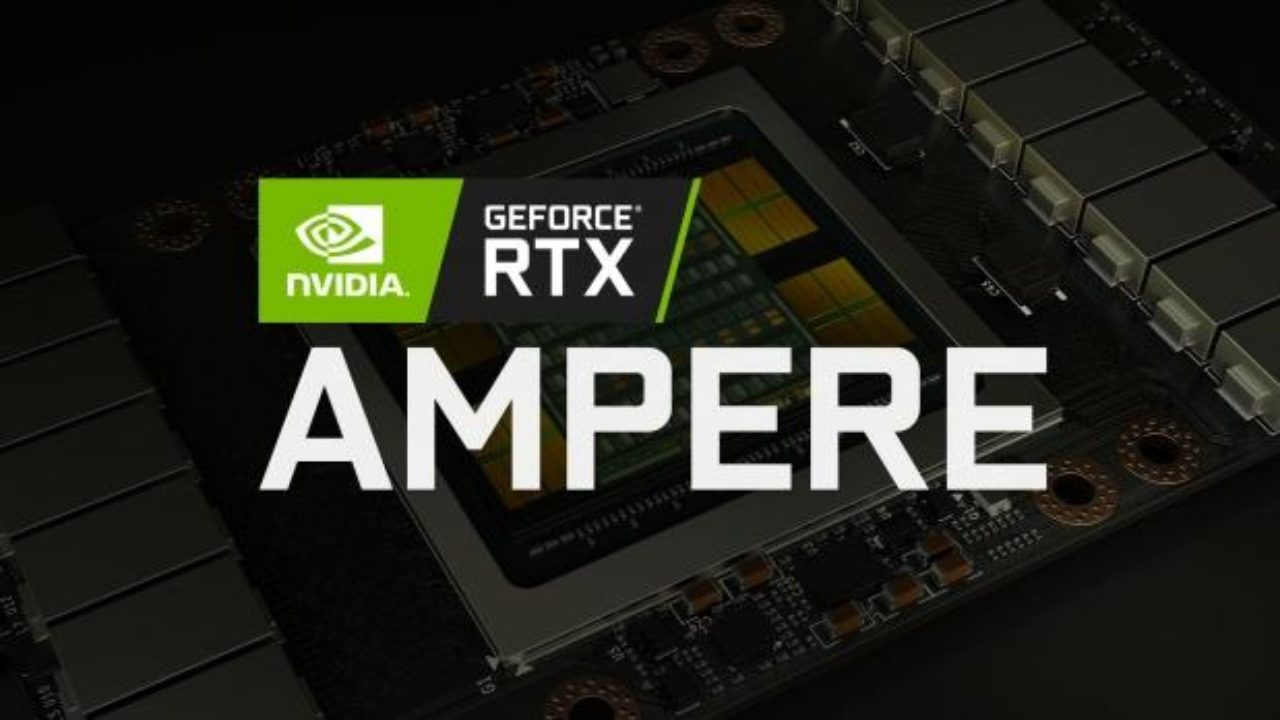 At this time, too little is known about the Ampere architecture of the new RTX 3070 and 3080, other than its 7nm etching process, to really compare to the Turing architecture. We will therefore complete this section as soon as new information becomes available. However, we already know that it will initially be Samsung and not TSMC which will produce the chips using the FinFET EUV process. Nvidia should then obtain supplies from the two foundries. The name of Ampère microarchitecture derives its name from the mathematician and physicist André-Marie Ampère, to whom we owe many discoveries in electronics.

CUDA cores have been revised for output that the Turing architecture according to Nvidia allows performance gains of between 30 and 50% on existing games compared to the previous generation. Ray Tracing side, performance would have been quadrupled compared to what the most high-end card under Pascal architecture allowed. As for the hearts dedicated to artificial intelligence, they are mostly used to complete missing parts of the image (a technique called de-noising).

It is these hearts that are used, for example, when the definition exceeds the original one. Also, these hearts do not directly make artificial intelligence. The models are created on supercomputers which define by machine learning the most suitable method for the AI ​​cores (Tensor Cores) of the cards. Updates to these methods are delivered via driver updates.

The design of the next graphics cards could be very different from the RTX 20XX series. A stolen photo of the GeForce RTX 3080 indeed shows the first visual of the product. Instead of offering two fans on one side, Nvidia would have chosen to place a fan on each side. 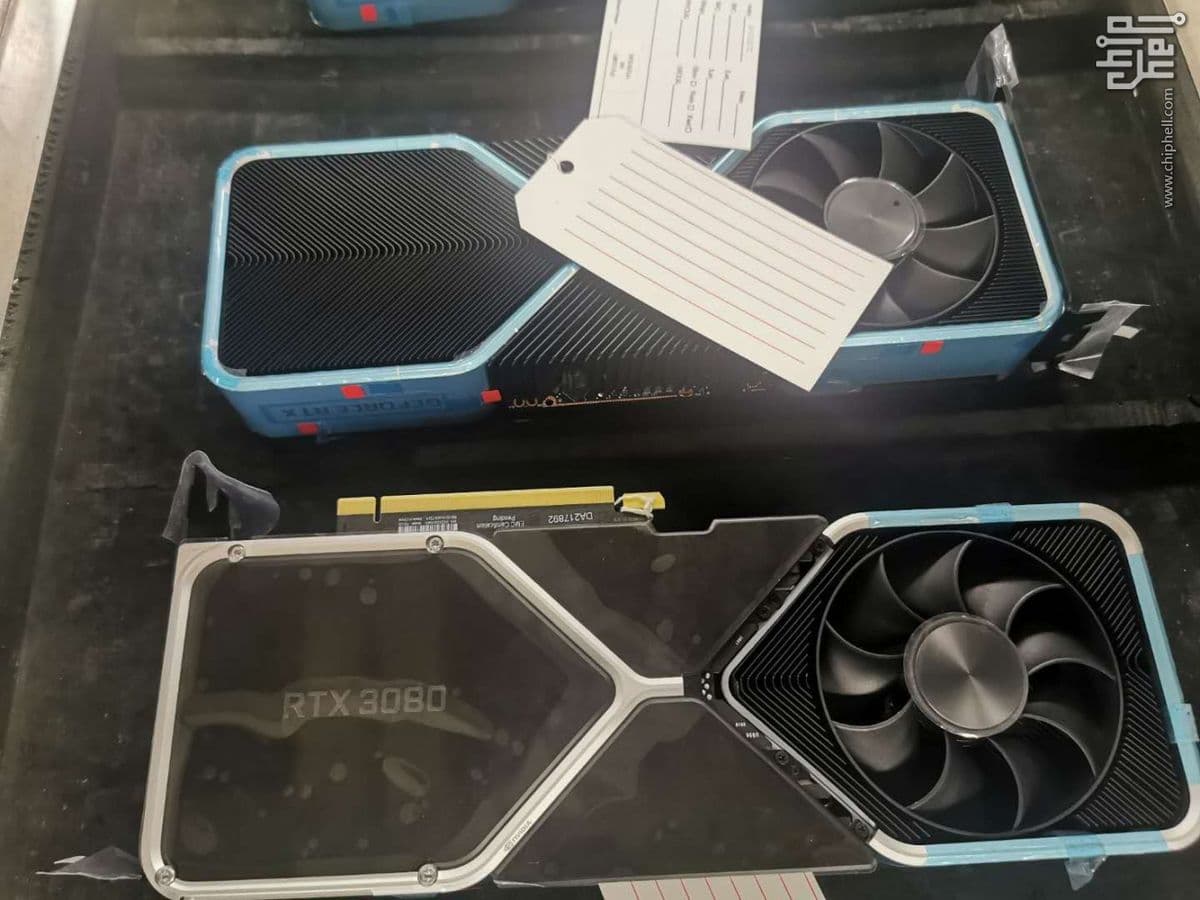 The interest here is to have better air circulation. On the one hand, the fan draws in fresh air. The latter traverses the entire map before exiting on the other side, expelled by a second fan. An efficient cooling system on paper, which allowed Nvidia to boost the power of its product.

Discovering this design should also be of interest to those who like to leave their components visible, for example with a glass plate on their tower. To get a feel for the final GPU look, artists created 3D models and then posted them on Reddit. They allow you to see more precisely what the product should look like.