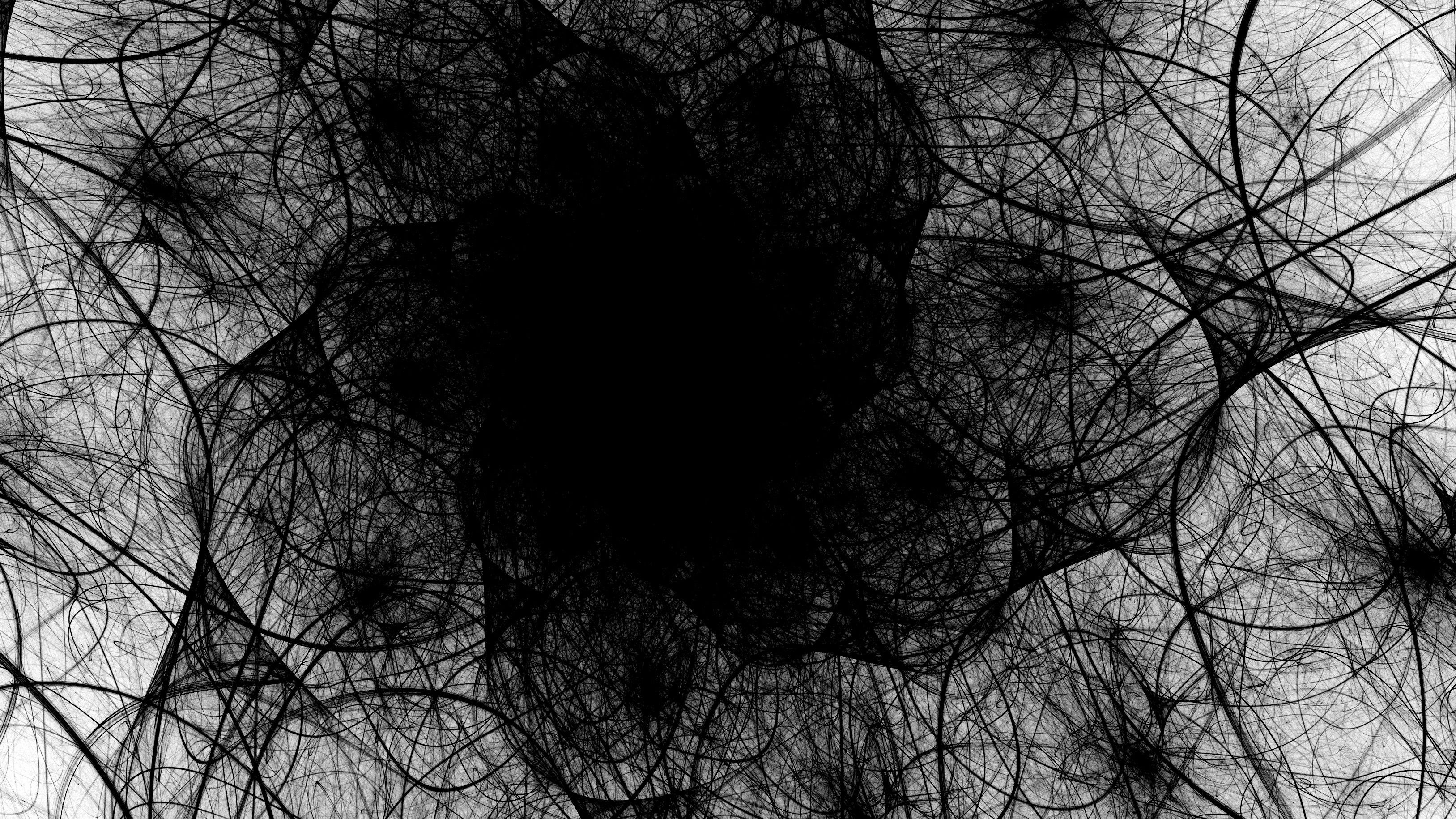 than the Universe It is made? When we ask this question, out loud or inside our head, we (or our interlocutor) usually start thinking about things we can directly observe.

“Of atoms!” we would hear. Those fundamental building blocks that build things like planets, stars, galaxies and every other form of matter we know.

As humanity evolved in its understanding of the laws of physicsknowledge about the structure of matter also evolved, discovering an increasing number of particles and antiparticles, all described by a well-established standard theoretical model.

However, even if we added the amount of particles, atoms and molecules that make up all the matter and radiation that exists in the Universe, we would arrive at the small result of 5% in relation to everything that exists. To talk about the components of the Universe, two additional characters are needed: the dark matter and dark energy.

Components of the UniverseSource: Cláudio Gomes

Dark matter makes up about 27% of the Universe and is believed to be a form of matter that only interacts gravitationally: that is, it cannot be detected through direct electromagnetic radiation. Its existence is inferred from the gravitational effects it causes on visible matter, such as galaxies and galaxy clusters.

Finally, most of what makes up the Universe—about 68 percent—is in the form of an exotic and mysterious substance: dark energy. Although it corresponds to most of the energy that exists, it was completely unknown until the end of the 1990s, and scientists are still completely unaware of its nature. What we do know, however, is to tell a little of its history.

Approximately 13.8 billion years ago, the universe as we know it came into being in the cataclysmic event known as the Big Bang. The electromagnetic radiation that travels to us and is captured by our telescopes allows us to reconstruct, with great confidence, by the way, cosmic history up to the present day. We are even able to predict some possible scenarios for the future. 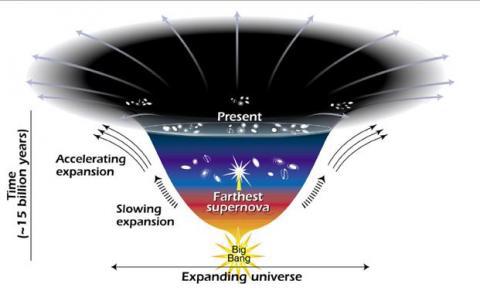 Representation of the expansion of the Universe since the Big Bang.Source: SKA / NASA

The farther we look into the Universe, the faster galaxies are moving away from each other. The most immediate conclusion we can draw from these observations is that the Universe is continuing to expand and, as we learned in 1998, accelerating expansion!

What is causing this is precisely dark energy. It was first revealed by observing light signals from very distant supernovae: with measurements of their distances, scientists concluded that matter and radiation alone were not enough to explain cosmic dynamics. The universe needed a new and different form of energy.

Over the billions of years, the density of radiation and matter dropped below the density of dark energy, which in turn increasingly dominated the expansion of space that we observe today, accelerating it and pushing the galaxies away from each other. yes more and more.

Over time, objects not gravitationally bound to our galaxy would move away and the only points of light in the night sky will be the galaxies in our Local Group. However, at some point in the future, the Milky Way will merge with neighboring galaxies and even the most powerful telescopes would not reveal any other galaxies besides our own, even if they observed space for months. 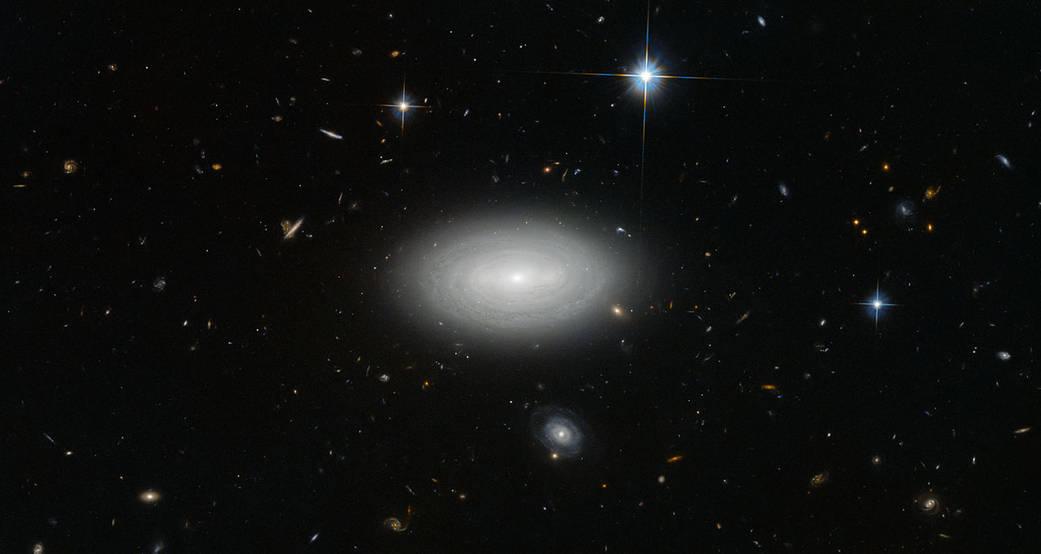 In the future, galaxies will get further and further apart from each other.Source: NASA

Well, some clues would still remain, both theoretically and observationally. However, unraveling them would not be a simple task. The strongest clues would come from the same theoretical considerations we applied to the early days of Einstein’s general relativity and stellar astronomy of nearby stars.

From this evidence, being smart enough, some species surviving in this remote future will be able to make correct inferences about the origin of the Universe and the structures that were once neighboring to us.

Nícolas Oliveiracolumnist for TecMundo, holds a degree in Physics and a master’s degree in Astrophysics. He is a professor and is currently doing his PhD at the National Observatory, working with galaxy clusters. He has experience with Teaching Physics and Astronomy and with research in Extragalactic Astrophysics and Cosmology. He works as a scientific disseminator and communicator, seeking the popularization and democratization of science. Nícolas is present on social media as @nicooliveira_.