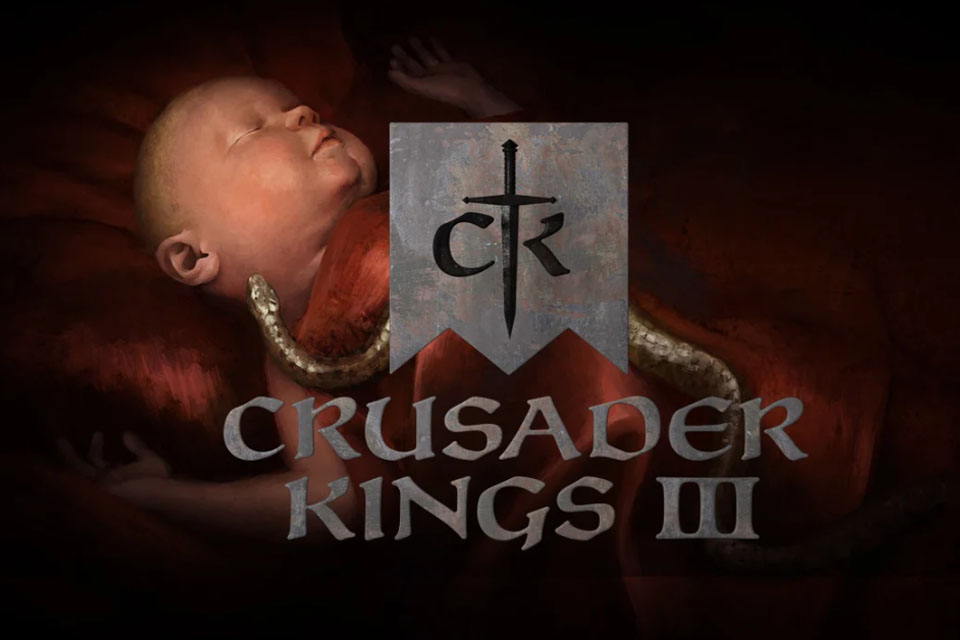 “Think about the past to understand the present and idealize the future”. The phrase of Herodotus, one of the great historians and thinkers of our world, has always been a hallmark in geography and history classes. When we switch over to video games, which try to tell good stories, it’s impossible to get rid of the Paradox.

The company is responsible for moving a lot with the past, putting games like the ones in the series on the market Europa Universalis and Crusader Kings. Known as “Great Strategy” titles, the two dominate the genre on the planet. With the arrival of the second edition of CK, in 2012, the first step towards a major evolution began to be traced.

Many players consider Crusader Kings 2 one of the best games in the Paradox, due to the support provided since its launch. There have been several enhancements and continuous DLCs over the years. All this work turned the game into one of the company’s most complete games. Almost a decade later, the Swedes decided to launch Crusader Kings 3. Now the big question is, did you manage to outdo your predecessor? This is what we will try to show in the following lines, but with a different idea. I played as if I didn’t speak English.

Unfortunately, CK3 did not bring an official translation into our language. To make this text, I decided to use a mod idealized by Diogo Soares. The project, which is still nearing completion, can greatly help anyone who wants to play Crusader Kings 3. Much of the English text has already been translated and will greatly facilitate players’ lives.

“I have a lot of friends who don’t play just because of the lack of translation, so I decided to get people together to translate,” said Diogo.

Even if you want to help here, Discord will participate. The project follows in 3 stages and is still in progress.

One of the major goals in Crusader Kings 3 it is choosing a dynasty and conquering the world, evolving buildings and developing its kingdom intellectually. But the most important thing to play correctly is to understand the social, political and economic context in which you live. So it will be essential to read a lot.

By using translation we are able to understand the whole background to build the narrative arc of our history. We started our adventure with King García, who controlled Galicia. The region has two counties, commanded by Dukes Sanchu Ordoñez de Astorga and Nuño II Mendez de Portucale. After the death of our father, Ferdinand I, there was only one solution left: to take up arms and fight against his brothers.

I decided to outline the control of the León and Castillha region as the main issue. Before attacking, it would be essential to resolve some internal issues, such as our lifestyle. I chose to use diplomacy as a key to success. In this way it would be possible to achieve a better understanding between the kingdoms, without going into aggression right away.

When I say that it is essential to have time and patience to play a “Great Strategy”, only the two paragraphs above cost 2 hours of gambling. To choose my wife, among the hundreds available, it took another 30 minutes. Therefore, always keep in mind, that to enjoy everything that CK3 provides, it is essential to hide your watch.

Teach or play for you?

There are people who just hearing about the name Paradox already feels chills. With the simplicity of many games on the market, company titles can be very complex. Worst of all, the tutorial says nothing with anything. You open the game and think: what do I have to do? That is why it is necessary to have a brief knowledge or even to play a couple of times, without commitment, to have an idea of ​​what is possible to do.

Unfortunately the translation cannot help you here and it is not the fault of the mod. It’s the game’s fault. The title is not intuitive and it keeps away players who want to know the adventure. Imagine, then, if you have no command of the English language? It gets even more complicated.

In contrast, CK3 brought some news that can greatly disrupt the gaming experience. Many of the actions that can be taken give you a preview of completion. This may help newbies, but it goes on a collision course with those players used to the surprise factor. It greatly decreases the challenge found in the game. Imagine that you need to make a decision about something important within your kingdom. The choice options already have a preview of the result, something that did not happen in its predecessor.

Crusader Kings 3 was built on the graphics engine Clausewitz. The engine was used for the first time Europa Universalis III, in 2007. Because it is open source, it is possible to make several changes to the original files. This helped a lot in its useful life, but the saturation reached the limit.

The arts, images and modeling of the characters leave much to be desired and do not match what we currently find on the market. The company changed textures and even put avatars to bring the characters to life, but that didn’t work. Compared to CK2 we notice the differences, however, when we remember that we have reached 2020, disappointment takes over our minds.

A lot to be done

For Crusaders Kings 3 to be superior to its predecessor, it would be essential to insert forceful news. I say this because CK2 is a complete game for those who want to enter the universe of “Great Strategy”. The way the counties were divided, greatly simplifies the gameplay. We now have a series of lands, which directly affect their buildings, such as fortresses.

Except that simplicity ends here. THE Paradox inserted micro-management in each of the items. At first you can have fun within a county. Once your kingdom starts to get big, everything becomes bureaucratic and boring. 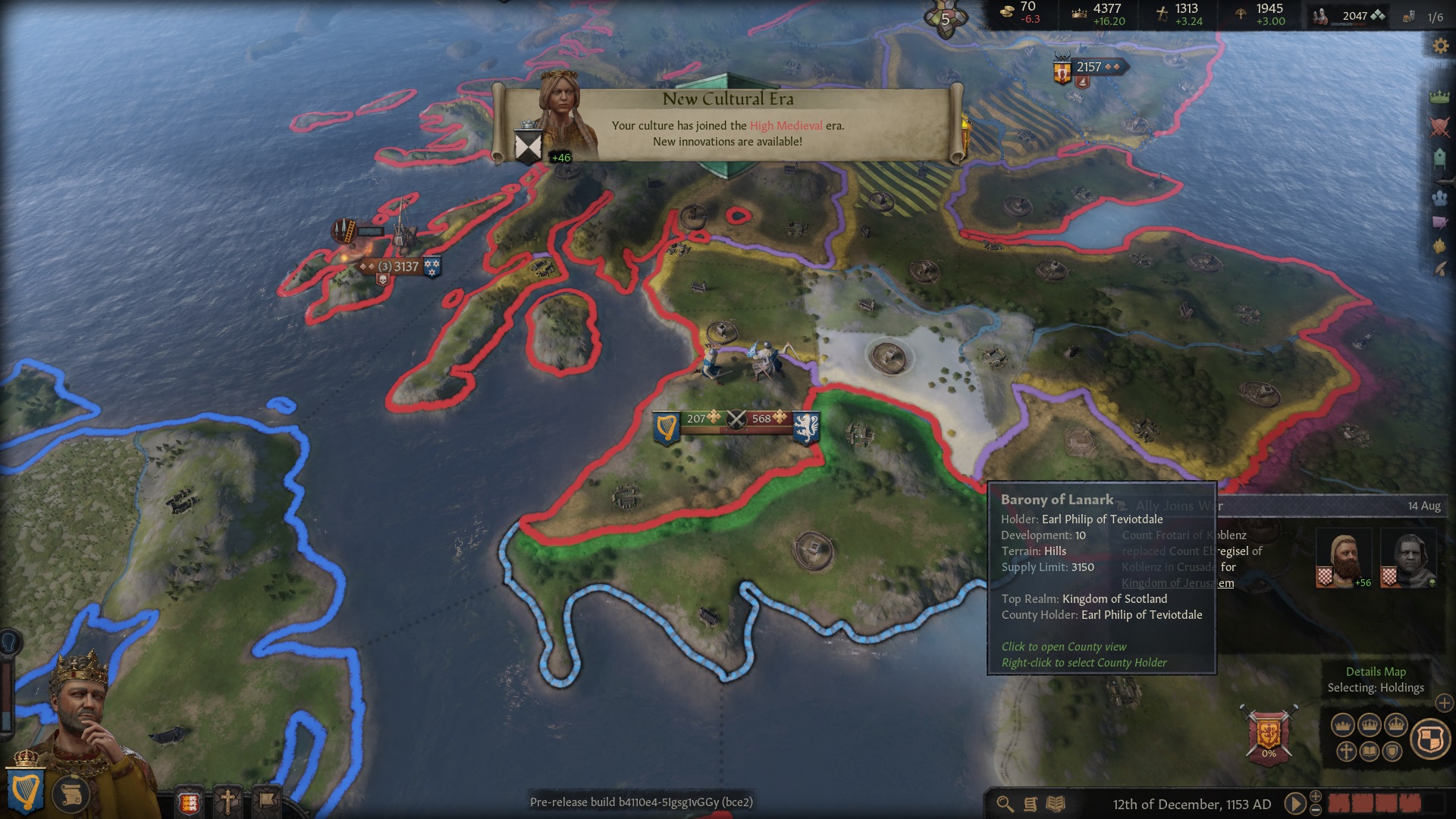 Artificial intelligence needs to be modified urgently. Not only because of the ease of expanding a kingdom, but because of the bizarrities it provides. Before the last patch it was practically impossible to play against the Nordics. The conquest of territories is amazing and was even utopian. Do not doubt. If possible, they would control the entire game map. But I have a tip for you who is uncomfortable with this. Go to settings and restrict the Diplomatic Scope. It will help a lot.

Crusader Kings 3 is a complex game for those who are not used to titles of this genre. The tutorial leaves a lot to be desired, but it is much more inviting than its predecessor. It brought relevant improvements to make it easier to read (such as hyperlinks) and will make you fall in love with history even more. If you have difficulty with English it will be essential to install the mod designed by Diego. Only this way for the immersion to reach you in full. Knowing the Paradox, many improvements should appear and this is what can help readers a lot to enjoy this game.

“Crisader Kings 3 is a precious stone to be cut, simplifies the complex, but almost plays for you”