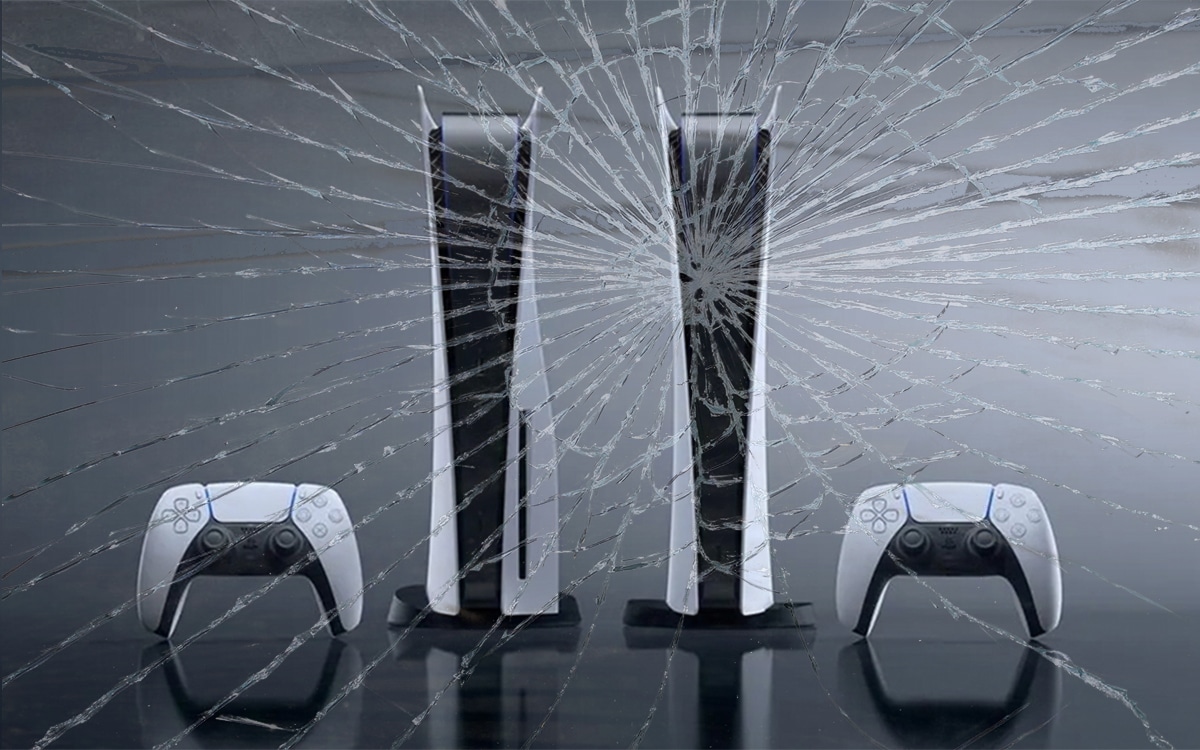 The PlayStation 5 has been officially available since November 12, 2020 in the United States, and since November 19 in France. Like previous console launches, this one is riddled with bugs and more or less serious technical issues, ranging from simple freezes to machine crashes. The main purpose of this file is to list all the known bugs of the PS5.

As you may know, the PlayStation 5 has been officially available in France since November 19, 2020, while the console debuted in the United States earlier this November 12. As the chaos surrounding PS5 pre-orders hinted at, the console’s launch has not gone smoothly.

Health crisis requires, Sony has seen fit to protect its employees, its partner resellers and its customers by exclusively resorting to online sales. Obviously, players flocked to e-commerce sites to try and buy their precious sesame. A record attendance which is right for the vast majority of sites, in France as elsewhere. Cultura, Cdiscount, Amazon, Boulanger, Auchan or Leclerc, not a single one has managed to withstand this wave of several hundred thousand customers.

In addition to the great difficulties in obtaining the console, we must unfortunately add many technical problems. Like the launches of the PS4, the Xbox One and even the Xbox 360 in its day, that of the PS5 is also marred by unpleasant surprises. Much to the chagrin of the players. Repeated crash in idle mode, multiple problems with the DualSense, compatibility issues with 4K HDR … Let’s take a look at all of the known bugs in the PS5 so far.

The DualSense makes its own

The DualSense is without a doubt one of the strengths of the PS5. The joystick of the new Sony machine embeds several new features, such as high definition haptic feedback. This technology simulates unique textures and sensations to enhance player immersion.

Add to that the adaptive triggers integrated into the L2 and R2 buttons, which allow players to benefit from varying degrees of resistance depending on the actions performed in the game. Despite all its qualities, the controller is the victim of some annoying bugs.

Lately, gamers have noticed that the DualSense may suffer from a similar issue to the Nintendo Switch Joy-Con Drift. In other words, the joysticks of the controller activate themselves, without any intervention from the player.

Among the other concerns spotted on the DualSense, we note the inability to charge the controller on the front panel USB port, especially when the PS5 is in Rest mode. Based on player feedback, the recent firmware update 20.02-02.26.00 appears to have fixed this issue.

Fans a little too noisy

At the end of November, many players complained on social networks and on Sony’s after-sales service. noise pollution related to the fan of their PS5. After the dismantling of several consoles by our colleagues from the Les Numériques site, it turns out that the manufacturer used three different fans to assemble its new consoles.

Unfortunately, they are not the same, and some models have different number and profile of blades. As a result, the sound level differs from one model to another, the quieter showing 39 decibels against 43 decibels for the loudest. At the moment, it is impossible to guess before purchase whether or not your console has the “right” fan on board.

In addition, several players have claimed on social media that their PS5 is making a lot of noise. A user took the initiative to open his console to find a sticker stuck in the fans of the machine. Once removed, the noise nuisance disappears. However, we advise you not to imitate this user, at risk of voiding your manufacturer’s warranty.

A rather unstable Rest mode

A few days before the release of the PS5 in France on November 19, 2020, we saw a wave of complaints about the PS5’s Rest Mode. According to the injured players, console rest mode causes pretty serious problems, ranging from PS5 crash to corruption and deletion of backups. Some users have even been forced to go through the Reconstruction of the database box.

These bugs mainly affect flagship titles at launch, such as Demon’s Souls, Marvel’s Spider-Man: Miles Morales and GodFall. The developers of the aforementioned games are aware, and have already stated on social networks that they were working on deploying a patch for their respective titles.

Yes, overall they are low occurrence, but we are aware of some issues, particularly around rest mode and the team is working on fixes for the issues cropping up the most.

After the fans, Rest mode and DualSense, the PS5’s Blu-Ray player had to do its own thing as well. According to several testimonials posted on Reddit and ResetEra, there are times when the PS5 spins a disc for no reason, even when the player is busy on an app or game in digital format.

” I have the Ghost of Tsushima record in my PS5 right now and it’s playing even though I’m playing Spiderman or Demon’s Souls. I can understand that the console is checking that the drive is still inside, but it surely doesn’t need to spin it that fast and that loud “, tells a user.

For other players, the console’s Blu-Ray player causes an extremely loud shrill noise, again for no apparent reason. For now, the only valid solution is to remove the Blu-Ray from the player and restart your console, before trying again.

The PS5 struggles with 4K HDR

Several gamers have experienced issues playing in 4K HDR. Compatibility concerns, especially with some TVs and some Home Cinemas, have the effect of ending up with a black screen. However, solutions were quickly found. Thus, it is advisable to check if your console is properly connected to an HDMI port that supports 4K HDR, or / and to go to your TV menus to activate improved HDMI 2.1.

The bug that marks the death sentence of the PS5

If all the bugs mentioned above do not necessarily require a referral to the manufacturer’s after-sales service, there is one which unfortunately will require you to invoke the warranty of your console. Indeed, it turns out that some PS5s turn off immediately after the first power-up.

This damage is catastrophic, since it cannot be remedied by a software update, because the console cannot be turned on. According to one of our sources close to Sony, several dozen buyers are currently affected in France.

So far and still according to our source, the company has not been able to determine the origin of the problem. For lack of being able to repair, Sony has committed to shipping a new console to affected customers within three days. At least those hapless users won’t have to wait for PS5 restocking, that’s it already.

We will update this file regularly, hoping to be able to remove bugs from this already substantial list as updates become available. Of course, we will also keep you posted if any new issues arise with the next generation console from Sony.