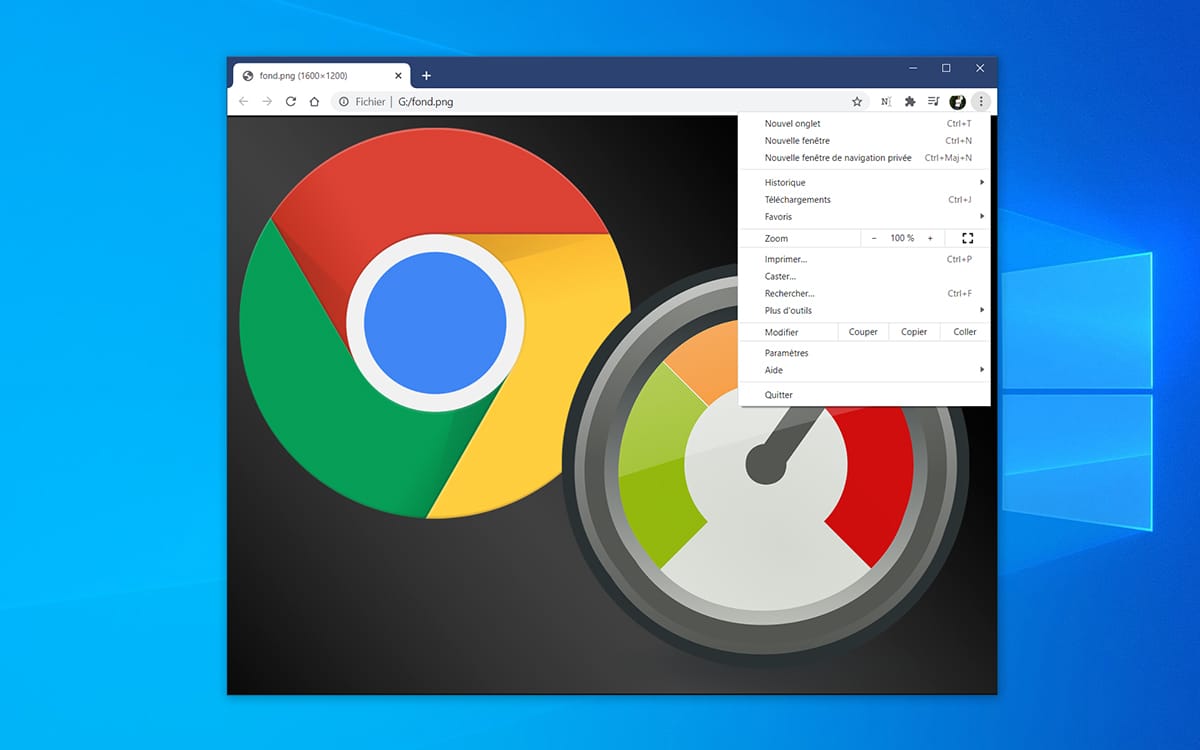 Google is currently working on solving two problems related to Chrome on Windows 10: excessive memory consumption on the one hand, and sometimes too frequent crashes on the other hand. These two improvements are not yet integrated into the current beta of Chrome, but could be very soon to believe the state of their progress.

Yes Edge now uses the same engine as Chromium, namely Chromium, the situation actually benefits both parties. On the one hand, Microsoft now has an engine that has proven itself and has succeeded in establishing itself as the benchmark for browsers. And on the other hand, Chrome benefits from the technological advances brought by Microsoft to the Chromium project: if Chrome improves, it is also thanks to Edge.

But Chrome developers sometimes go off the beaten track (by Microsoft, therefore) and attempt to fix browser issues on their own. This is how they are on their way to fixing two fundamental problems with Chrome: RAM management on the one hand, and unexplained crashes on the other hand.

Recently, Microsoft has developed a new method to reduce resource consumption called Segment Heap. Microsoft has also announced a reduction in RAM of up to 27%. Google aimed to do the same, but eventually opted for its own system called PartitionAlloc-Everywhere.

In development since last August, we had no news of this technology. According to the latest reports from Google, it seems that this method allows both reduce RAM consumption by Chrome, But also improves browser security. At this time, all information regarding these significant improvements to Chrome remains in the private domain. It is not known when they will be integrated into Chrome. Google will most likely deliver more details in the coming weeks. It remains to be seen which method is the most effective: that of Microsoft, or that of Google?

At the same time, Google is testing different scenarios related to the functionality TerminateProcess. One of them shows that it is possible to reduce the number of Chrome crashes. The developers of the browser point out that leaving a process “clean” is difficult and expensive, especially when the software is complex. The new method considered by the team in charge of the development of Chrome should therefore avoid certain crashes related to the management of processes under Windows 10.

Here again, there is no visibility on the integration of this process management. The feature in question has not yet been added to the current beta of Chrome, so it seems unlikely that any of them will be available with version 88, which will be released on January 19, 2021. The March 2, 2021, the date on which version 89 of Chrome will be released, already seems a little more possible. In the meantime, in order to watch for the arrival of these two new features, it is always possible to download one of the pre-versions of Chrome (Beta, Dev or Canary). They allow you to preview all the new features that will be added to the browser, sometimes months in advance.