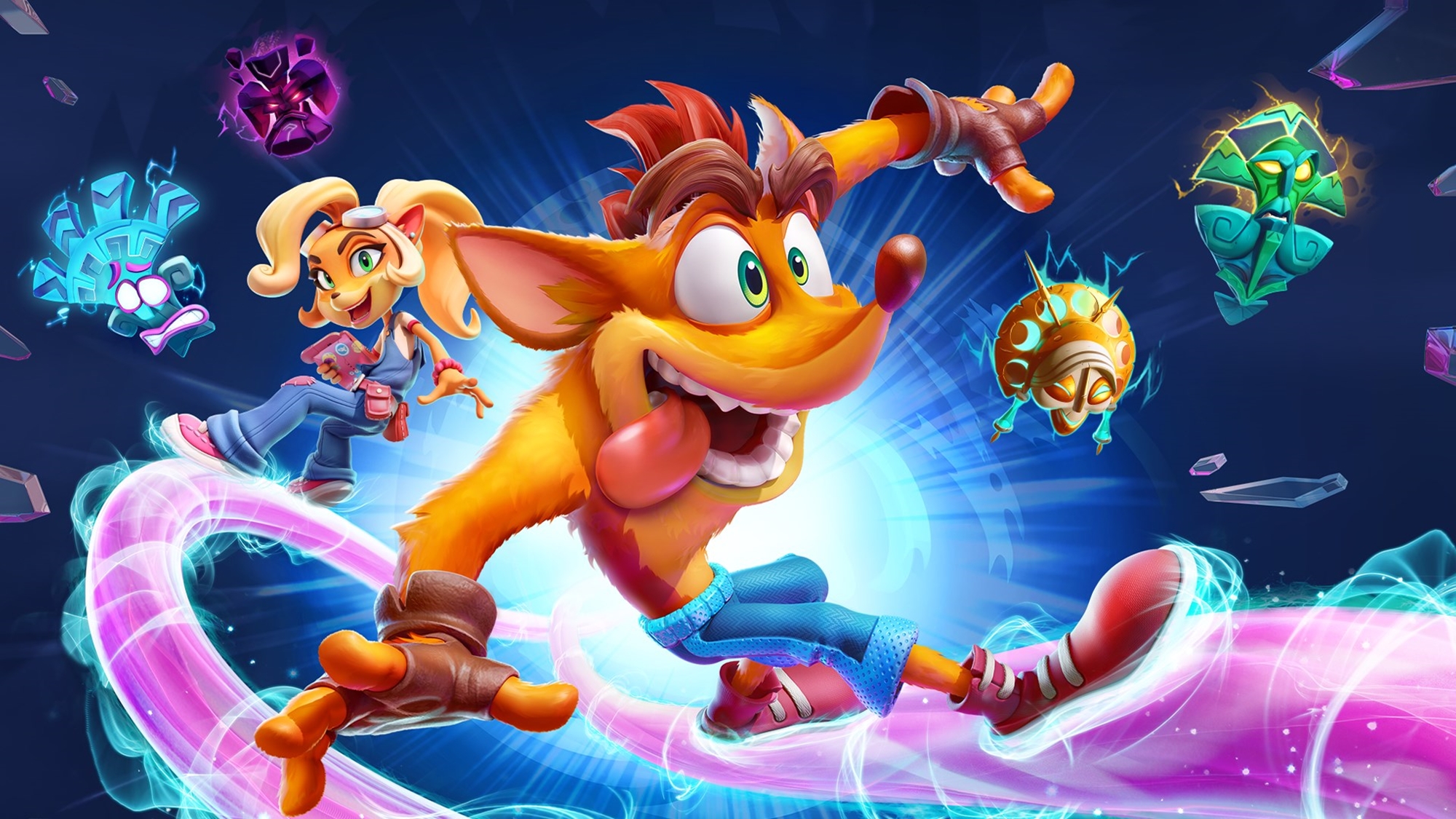 In an industry where shooters, multiplayers, open worlds and games as a service take over the coffers and are bastions of the trend, it seemed unlikely, or almost impossible, for a new Crash to show up. The mascot has been inhabiting the imaginary of orphans – myself included, obviously – for a long time. As the subtitle itself says, “It’s About Time”, which would be, in good Portuguese, Crash Bandicoot 4: it was time!

Announced during the Summer Game Fest in June 2020, the character’s triumphant return has been an object of desire since …Warped, perhaps? Or Crash of the Titans, for those who like it? Mind Over Mutant? Fact: the marsupial has a different kind of charm compared to Mario, Sonic and others. An air of innocence, an unpretentious atmosphere, which values ​​the simplicity of its gameplay and a style of fun in the nineties.

Bigger, better and full of news: these are the pillars promised by Crash 4. Can he please the nostalgic and at the same time win a new audience? Spoiler: yes.

Do we need a new Crash?

The first and most basic question you can ask yourself is: do I need a new Crash? Do I really want this? Or is it a nostalgic feeling driven by an affective memory of those golden times when you played in a pure and organic way, without bagging social media? If you’re too lazy to think about it, call Crash 4 and leave playing. However, if this question is chasing you, the game has the answer on the tip of the tongue.

The journey continues the events of Crash Bandicoot 3: Warped and follows that canon, disregarding the events of other titles. Warped, which is a game with more than two decades of existence (from 1998), was recently revisited in the remastered collection N. Sane Trilogy.

In the history of Crash 4, enemies N. Tropy and Uka Uka, allied with the franchise’s greatest villain, Dr. Neo Cortex, take an opportunity to create cracks that modify space-time, thus being able to conquer the entire multiverse. Crash, Coco and other characters need to use quantum masks to prevent it from spreading and messing up the dimensions’ timeline. These items are represented by dimensional guardians of alternative realities.

It is here that Crash 4 already shows its excellent ability to please first-timers without ever forsaking fans of the old guard. Yes: it’s a brand new Crash, not an extension of what we saw in the remastered trilogy.

In the hands of the Toys for Bob studio, which also handled the return of Spyro, the marsupial was redesigned and reinvented in new animations, new faces and reformulated movement – with the right to a poisonous double jump. It is a work built from scratch, not a reused material.

This means taking advantage of new technologies with much more depth of scenery, seeing things happening in the background dynamically, feeling a more poisonous double jump and other improvements. It has a crucible Mario, a little spice Donkey Kong, a pinch of Rayman and more. 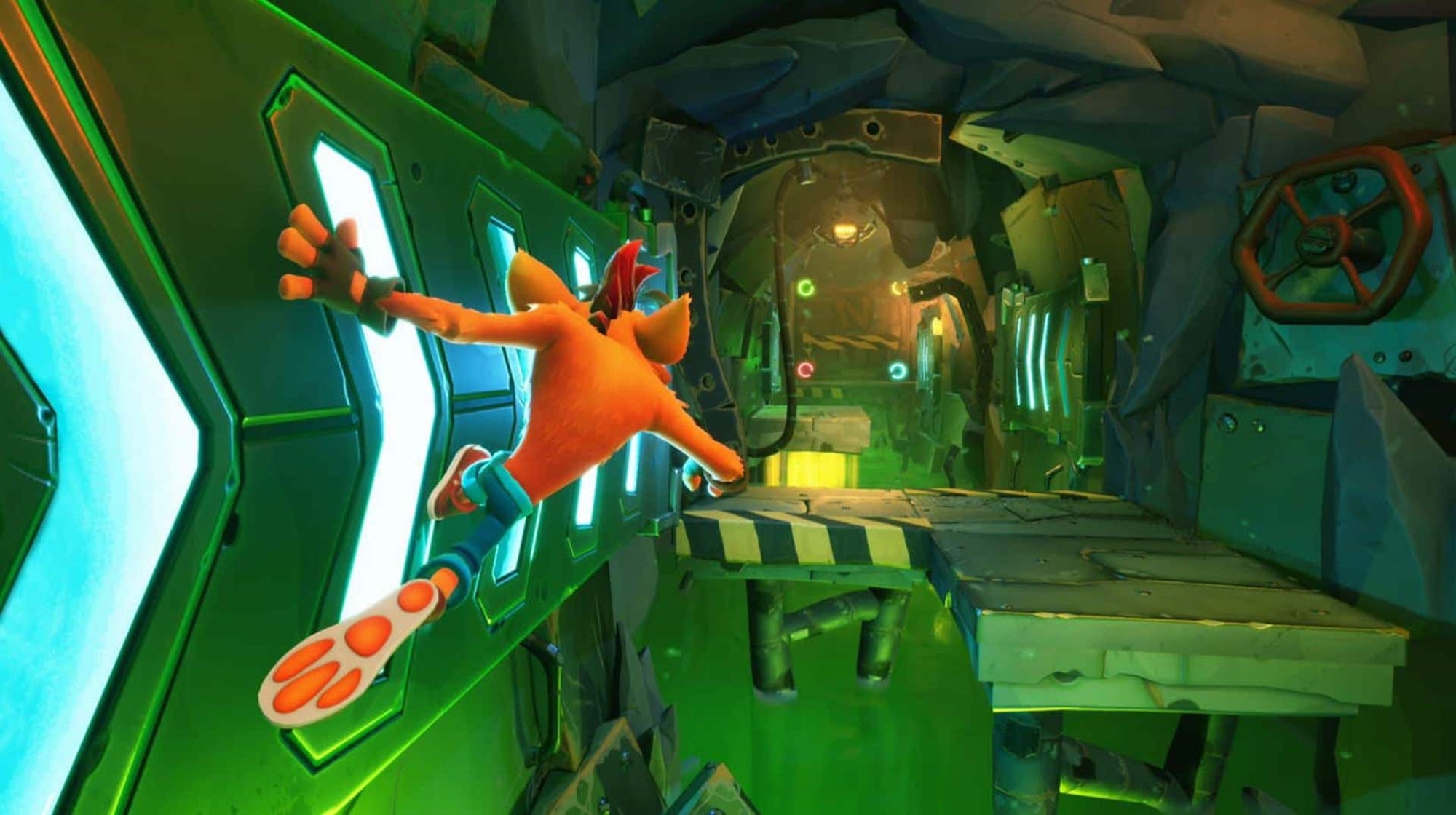 The same phase has several different nuances of gameplay and does not necessarily follow the same scheme from beginning to end. You move from 3D to 2.5D and, finally, 2D, crossing different obstacles in the same space.

At the same stage, you skate in sliding sections on pieces of iron, beams or logs, in the best style Tarzan; make a spectacular escape from a grotesque creature or a tank running towards the screen; it transpires in sections of lateral progression of fast pills, in short, everything you saw in the old ones is there, only on a larger scale, without the need to separate the stages for each type of gameplay. You go through all these variants in the same environment.

In ‘N. mode Verted ‘, you revisit stages and go all the way backwards, with a new round of diamonds, another challenge of time and an uncomfortable feeling of deja vu.

The difficulty, which is a trademark of the series, was taken seriously in Crash 4. There is a new kind of challenge here: the flashback cassette. Basically, they are phases that show the embryonic stages of Crash, back in 1996, when he was being created and tested by Neo Cortex.

For those who don’t know, Crash is a laboratory object that, thanks to fate, went wrong. The stages from the tapes are exceptionally difficult and require you to cross long cliffs using only boxes to support yourself. 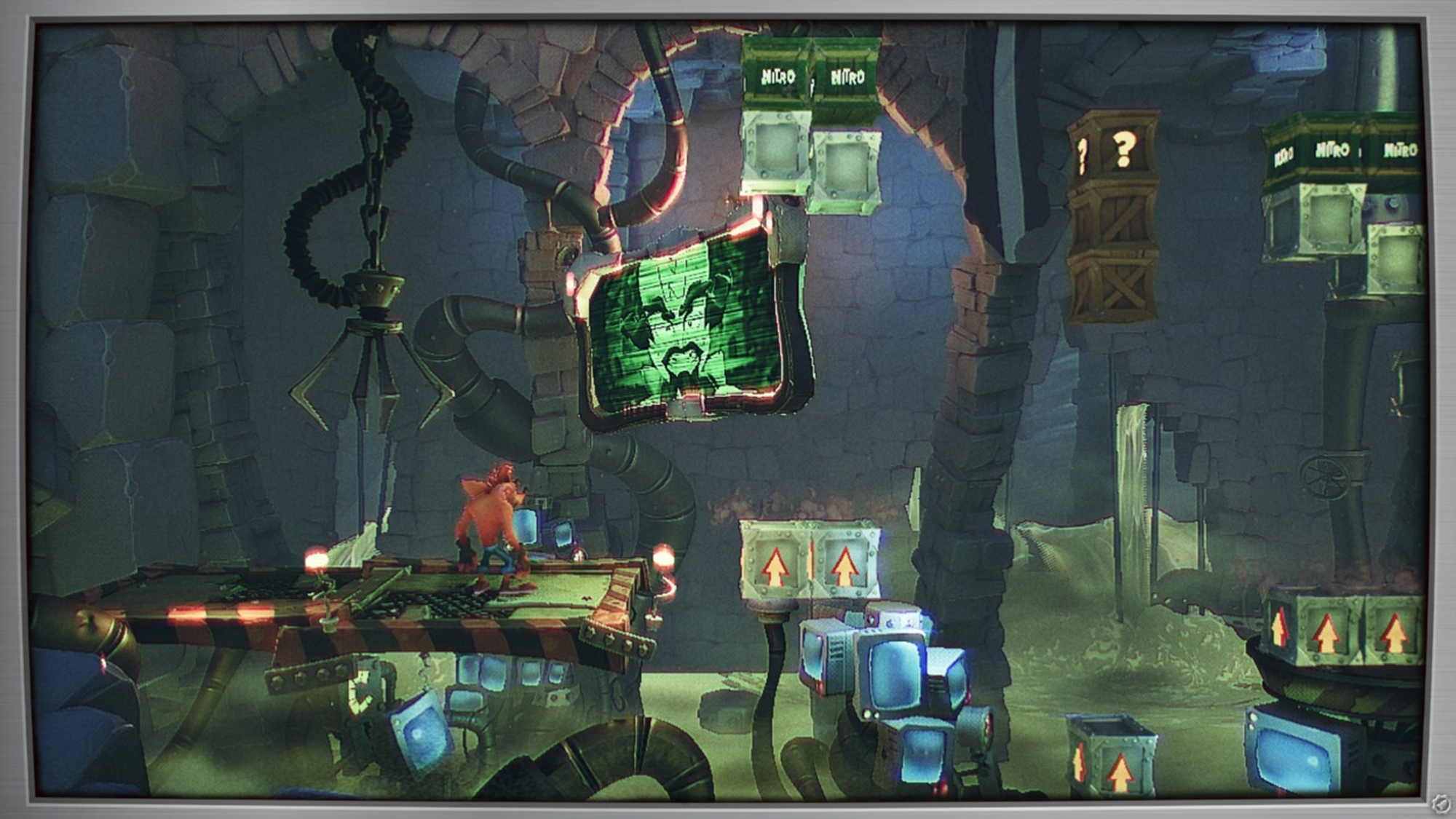 Mirror, mirror of mine … what the hell did you give me ?!

Another novelty of Crash 4 is the mirrored mode, called “N. Verted ”, a deliberate pun with the word“ inverted ”. Through this unprecedented feature, you revisit internships and go all the way backwards, with a new round of diamonds, another time challenge, another bonus phase and an uncomfortable feeling of “dejá vu” – the false sense of familiarity.

Usually, it results in frustration, in the best sense that the word has for the challenging character that the experience proposes to deliver. The upside-down sections are pearls of the genre.

Crash 4 it’s packed with content. If you want to complete the adventure without looking for collectibles, you can see the outcome in 6 or 7 hours. However, if you aim for 100%, consider 20 to 30 hours on the account, depending solely on your skill and your nose for finding hidden items. 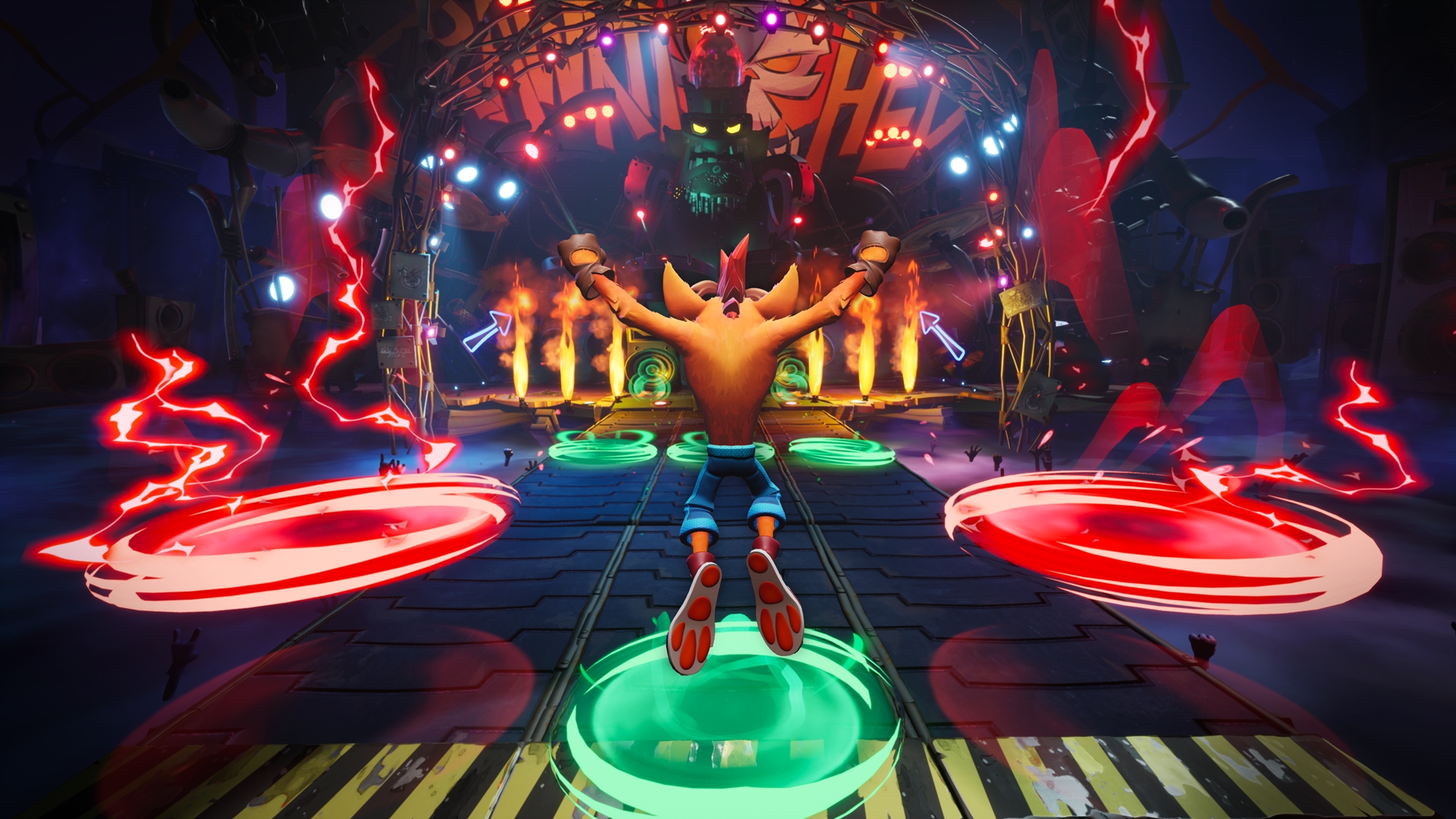 Quantum masks, for those who followed the disclosures of Crash 4 so far, they have implemented a new layer of gameplay. Switching between dimensions to make platforms disappear and reappear is not new; we’ve seen mechanics well applied to titles like Guacamelee, Strider, Ori, Outland and others, but in Crash, within everything he already has, the urge to throw control out of the window will only increase.

This goes for all the effects created by the masks, including “dark matter”, which allows you to spin and jump with much more momentum, as if it were a controllable tornado.

By the way, yes, other characters, besides Crash and Coco, can be controlled. Tawna, the protagonist’s flirtation in the ancients, is back in a showy appearance, without sparing style, in a colorful Mohawk and with its own gameplay characteristics – and entitled to an imposing hook. 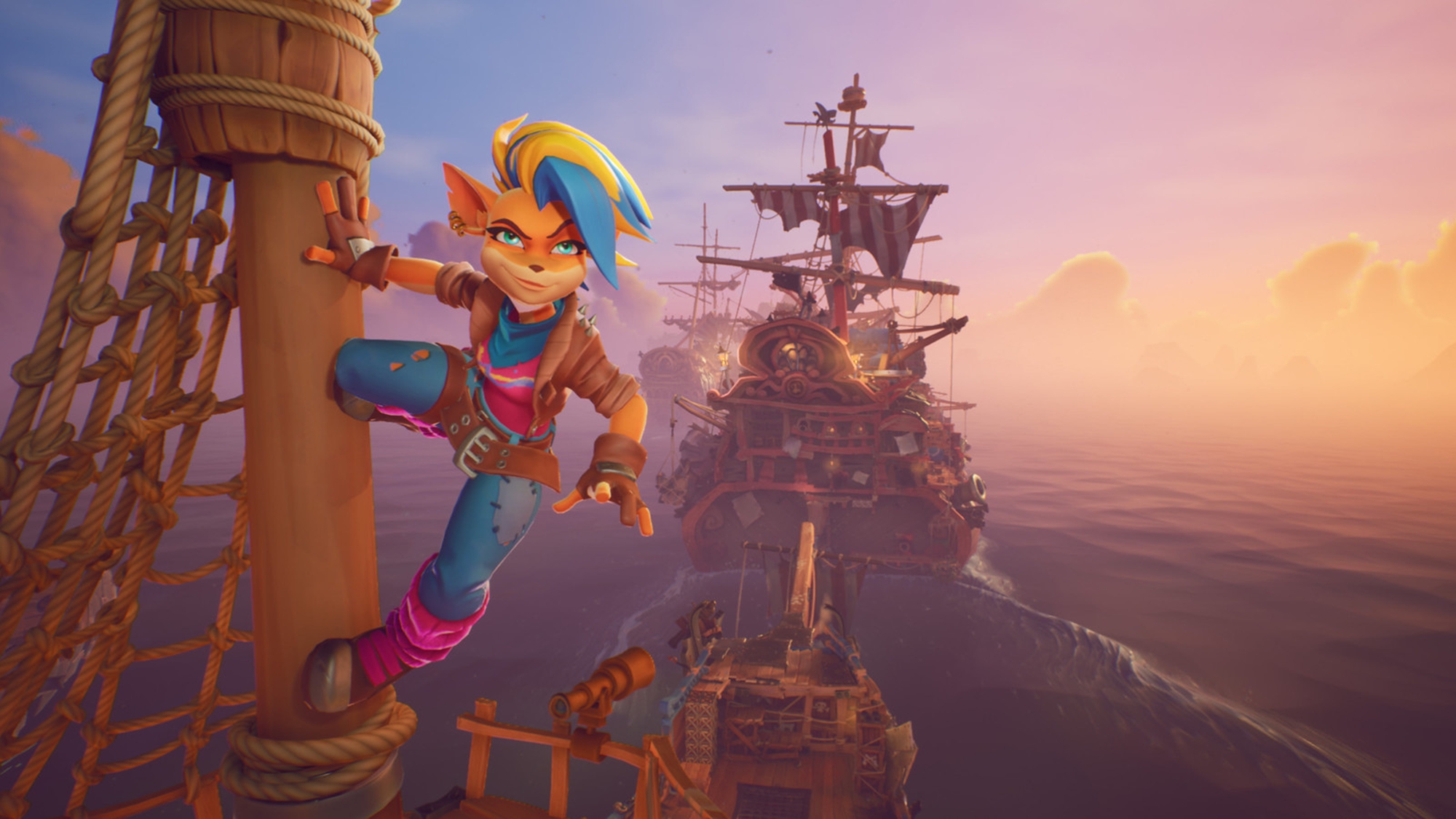 Dingodile, remember him? This immense hybrid reptile can use its contraption to glide, suck enemies and combine devastating spinning attacks. These are welcome changes to get a little out of Crash and Coco’s sameness, you know?

Crash 4 presented some bizarre problems in the audio in specific moments, mainly when you use the dark matter of the purple mask: the audio is choked, chewed and badly compiled. Some correction in sound engineering is necessary by means of updating.

I also noticed some occasional drops in the frame rate per second and quick suffixes of “frame-time” in one or another cinematic, when there are constant obstacles preventing the flow of the scene. 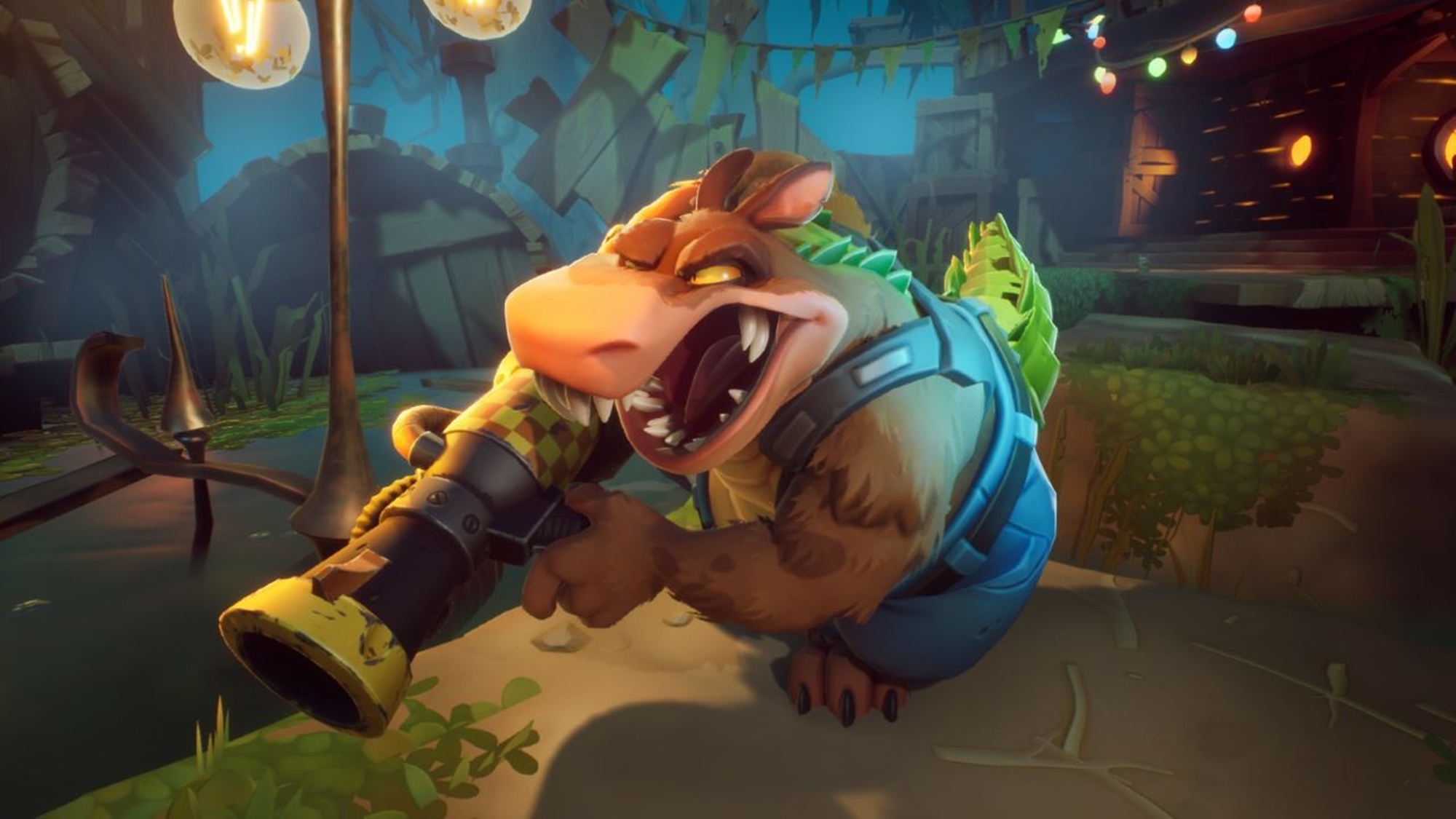 I was pleasantly surprised by Crash Bandicoot 4: It’s About Time. Putting all the cards on the table, I already had good expectations for everything that had been released and for trusting the work of Toys for Bob, but I also had a flea behind the ear for imagining that they could “reheat” some things from the remastered trilogy, but no: everything is new, redone, reconstructed and well applied within the pillars that raised the franchise.

Crash 4 manages to reach the desired “sweet spot”, or, in good Portuguese, that “sweet spot” to please the old guard fan, including this one who writes you, and a new generation of players. It is all light and pleasant to follow, especially when showered with the beautiful Portuguese dubbing.

The difficulty may make some people weird, but truth be told: this is in the blood of the franchise, right? Crash 4 it is a pizza carvery infested with content, with many flavors available and the main one: authenticity.

The game was kindly provided by Activision to perform this analysis.

“Crash Bandicoot 4: It’s About Time mixes the old and the new in excellent harmony. It is the best possible bridge for the future of the franchise”.