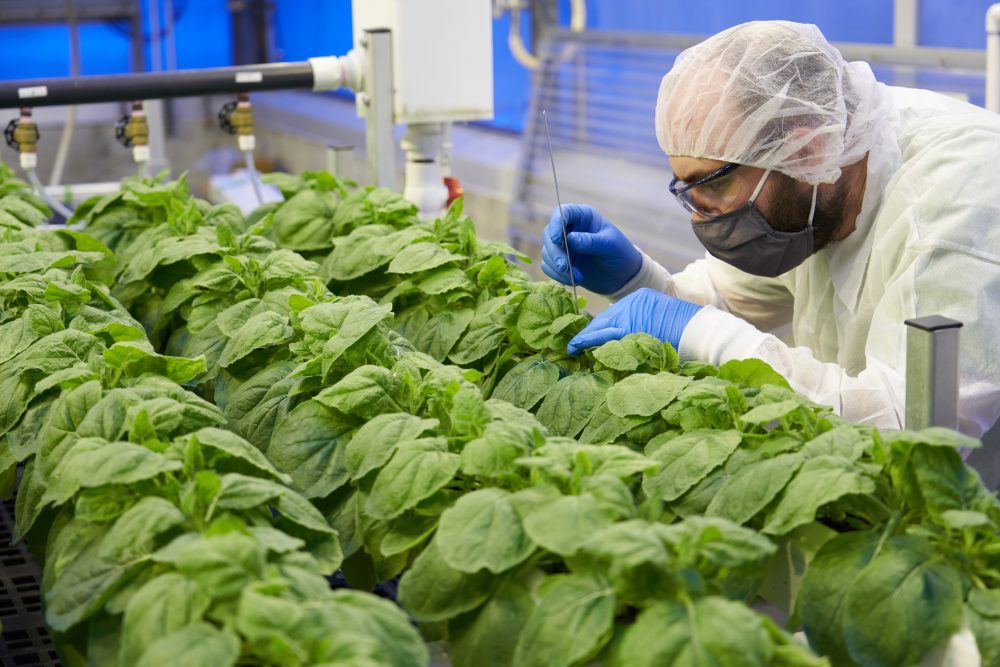 The National Health Surveillance Agency (Anvisa) authorized that clinical trials of a vaccine against Covid-19 – CoVLP – made from wild tobacco (Nicotiana benthamiana) be carried out in Brazil. The immunizer is developed by Canadian biopharmaceutical Medicago R&D Inc in partnership with the British GlaxoSmithKline (GSK).

The vaccine is in stages 1 and 2 in progress in Canada and the United States. Brazil will participate in phase 3, with 3,500 people. In all, the last phase of the study will count on 30 thousand volunteers in countries in America and Europe. The immunizer has already shown promising results in a phase 1 clinical study published on May 18 in the scientific journal Nature Medicine: it provoked a robust immune response in the test done with 180 volunteers.

Phase 3 of the study will evaluate the safety, efficacy and immunogenicity of the vaccine in adults aged 18 and over, using a randomized, blinded, placebo-controlled trial. If the positive results are confirmed, the vaccine could join the other international immunization efforts to combat the pandemic. Once approved, the vaccine should be applied in two doses, with an interval of 21 days.

As explained to the magazine Época the biotechnologist Larissa Brussa, doctor in genetics and molecular biology and a member of the Analysis Network Covid-19, the technology of the new vaccine uses the plant Nicotiana benthamiana – experimental host most used in plant virology, due to the large number of viruses that can successfully infect it.

The vaccine also uses the bacteria Agrobacterium Tumefaciens, which acts as a viral vector. It is she who inserts the sequence of DNA fragments from the SARS-Cov-2 virus into the medium, taking the information to produce protein S (Spike) in a host cell (in this case, the plant cell). Then, the plants are submerged in a solution containing the vector. This vector enters the leaf cells – in a vacuum application – and starts to integrate with its genetic material.

The plants then act for six days as a factory, producing VLPs – nanostructures that mimic the virus, but without containing its genome. Then, the plants are harvested for the extraction of the VLPs and the material for the production of the vaccine is isolated. Finally, the VLPs are purified and the necessary material is obtained for the production of the immunizer. “The plants are not genetically modified. The natural cellular processes of plants produce VLPs ”, stressed the researcher.

During phase 1 tests in a group of 180 volunteers aged between 18 and 55 years, the second dose was applied alone or with an adjuvant (AS03 or CpG1018), chosen at random to assess which one would bring the best result.

“The adjuvant is a molecule that will stimulate the immune system to act more powerfully at the vaccination site. It will amplify the patient’s immune response, ”explained biomedical doctor Mellanie Fontes-Dutra, a doctor in neuroscience and one of the scientific disseminators of Rede Análise Covid-19, also in an interview with Época.

The researchers realized that without the use of the adjuvant, the CoVLP vaccine produced a modest immune response. Evaluating the data of patients who received the immunizer with one of the adjuvants, the response was significantly greater. “Participants who received CoVLP with AS03 produced neutralizing antibodies at a level 10 times higher than those seen in patients recovering from covid-19,” the researchers said.

One of CoVLP’s differentials, according to Fontes-Dutra, is the new technology used in the vaccine, which, in theory, has a lower cost than the existing options on the market. “It is something very promising because it is faster, more versatile and facilitates large-scale global production in a short period of time,” said the biomedical.

Medicago has been researching plants as bioreactors since 2014. They have already used the Nicotiana benthamiana in the production of a common flu vaccine – with the virus influenza.