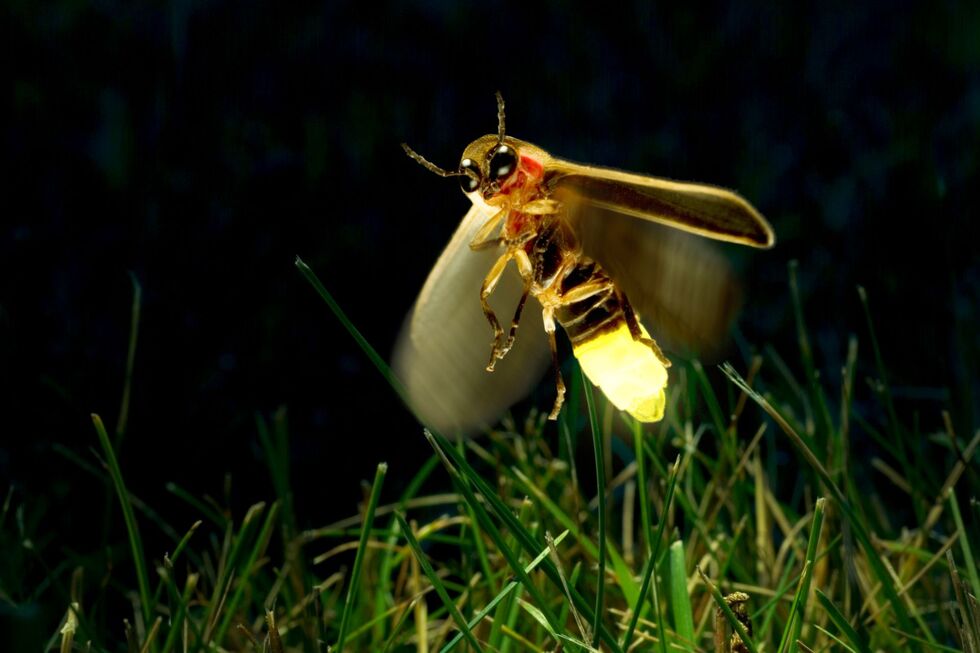 Researchers at the Federal University of São Carlos (UFSCar) have created a new test that detects antibodies against the new coronavirus. To do this, they combined an enzyme found in fireflies with a protein capable of binding to the virus that causes covid-19. Using bioluminescence, the positive test “glows”.

The phenomenon that receives the name of bioluminescence is the transformation of chemical energy into light. It takes place from a catalytic enzyme belonging to the class of luciferases.

The luciferase produced by the firefly Amydetes vivenii it is one of those that generate the brightest and most stable bioluminescence, which is why it was chosen. According to FAPESP’s press release, the insect is found on the UFSCar campus in Sorocaba and was named in honor of Professor Vadim Viviani, who discovered the species.

Professor Viviani investigated the molecular structure and functions of the enzyme present in fireflies and then cloned the DNA that encodes their luciferase in bacteria. “We took our brightest luciferase and genetically engineered it into a protein capable of binding to antibodies. If antibodies against SARS-CoV-2 are present in the sample, the binding will occur and this can be detected by means of light emission”, explained Viviani to Agência FAPESP.

The study was completed in less than a year, using exclusive resources from the Thematic Project “Bioluminescence of arthropods: biological diversity in Brazilian biomes; biochemical origin; structural/functional evolution of luciferases; molecular differentiation of lanterns; biotechnological, environmental and educational applications”, supported by the Foundation for Research Support of the State of São Paulo – FAPESP.

The work, developed at the Biochemistry and Bioluminescent Technologies Laboratory at UFSCar, also had the collaboration of Paulo Lee Ho, from the Butantan Institute.

Professor Viviani is now awaiting a patent for the new bioluminescent system. As the study is recent, the article is still in the writing phase. “We have successfully tested the method for several antibodies, which can be detected by techniques such as immunoblots and Western Blot”, explained the researcher.

“In immunoblots, antigen samples are immobilized on a surface. Then treated with materials such as the patient’s blood serum. If the material contains the antibody, it binds to the antigen, forming the antigen-antibody complex, which is revealed by a secondary antibody – usually labeled with a protein that generates a fluorescent or chemiluminescent signal”, exemplified Viviani.

Western Blot, on the other hand, is a method that allows the separation of proteins in a sample of biological tissues or extracts. It separates proteins through electrophoresis – a technique that promotes the migration of ions in an electric field, making it possible to separate them according to their size and charge.

The next step is to know if the amount of antibodies present in saliva or nasal swab (swab) will be enough to trigger bioluminescence, so that the new biosensor can be used in rapid and non-invasive testing of covid-19.

“To take this second phase of the research forward, we are already in talks with researcher Heidge Fukumasu, from USP. Another perspective will be the use of nanotechnology to develop immunoassays in collaboration with the research group of Professor Iseli Nantes, from the Federal University of ABC [UFABC]”, Viviani told FAPESP.

“This study is an example of how a small species of firefly can provide so many benefits to society. An example of how the biodiversity of our forests and science, both so severely threatened, can together bring innovative solutions and add economic and social value to a developing country like Brazil”, concluded Viviani.