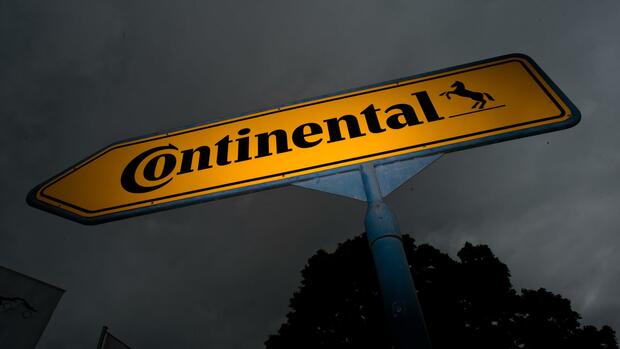 Düsseldorf, Stuttgart The forecast is frightening: Instead of more than 98 million vehicles like 2018, experts expect global production to collapse to a maximum of 70 million vehicles this year. Overcapacities of around a third will inevitably cost thousands of jobs. Because the doldrums on the car market could reach into 2025.

Car manufacturers and suppliers in Germany will not be able to survive such a long slump in the market thanks to short-time working. But the car manufacturers failed with the push for a purchase premium. The easiest escape route is blocked. Now workers are looking for another way to cushion the full impact of the crisis for workers.

The auto suppliers show the most flexibility. Continental dares to make a suggestion: Because in certain areas, for example in manufacturing, there is too little work for too many employees in the long term, Continental’s HR Director Ariane Reinhart suggests a collective reduction in working hours instead of short-time working, coupled with financial support from the state.

“In the board we are looking for ways to build a kind of ‘corona bridge’ with which we can run the company in an economically sound way until 2025,” says Reinhart to the Handelsblatt. “One idea could be to collectively reduce working hours, which would also be possible under collective agreements. In such a case, an increase by the Federal Employment Agency would be desirable, especially for the low wage groups. ”

Short-time work is not a permanent solution for companies like Continental. Because the auto industry is in the middle of a structural change. In turn, the corporations restrict the conditions for short-time work benefits in their entrepreneurial freedom. Targeted staff reductions are not possible during short-time work. At Conti, the ten-year structural program would have to be suspended for the duration of the short-time work – which would probably cost even more jobs in the end.

“We will discuss the reduction in working hours with our social partners and, of course, the issue of topping up by the Federal Employment Agency is a political one that we have to discuss separately,” says the head of HR.

A partly government-supported collective reduction in working hours, as Reinhart is now proposing, could help both Conti and the entire automotive industry in the current crisis. “We will discuss the reduction in working hours with our social partners, and of course the issue of topping up by the Federal Employment Agency is a political one that we have to discuss separately,” says the HR manager.

Reinhart believes that other companies could follow Conti’s example. “What we need as a company is a new collective and cross-sectoral approach to flexibility in working hours.” The social partners are very far-sighted. They offer the opportunity to reduce working hours. “But the scope of the requirements is new,” says the Conti HR manager.

It will be a tightrope walk. Old prohibitions on thinking seem to have broken up. “The collective agreement must be rewritten,” says the manager of a large auto supplier. He does not want to say this openly, because he knows how difficult it is for the employee side. Hardened fronts are the last thing the entire industry can need.

For the two unions at Conti, IG BCE and IG Metall, a reduction in working hours by up to 20 percent, as the collective agreement allows in absolute emergency situations, would be difficult to digest. In contrast to short-time working, the wage losses in the case of a reduction in working hours have a full impact on employees. That is why, according to the IG Metall collective agreement, short-time work has priority over lowering working hours.

But the absolute emergency situation is as good as there. While the public is debating where and how to go on vacation, the industry is more concerned with how many jobs can be obtained.

The corona crisis seems to be taking pressure off unions in the auto industry. Because the facts are clear. There is therefore a general willingness to negotiate with the aim of securing jobs. Upon request, Conti Group Works Council Hasan Allak confirmed that in a joint internal interview with the Deputy Chairman of the Conti Works Council, Lorenz Pfau, it had been announced that the works council would take into account everything that resulted in collective bargaining and social policy. The main goal is to preserve jobs.

Or in other words: the unions are fundamentally ready to break new ground, but reducing working hours would be the last resort and would have to be accompanied by security. Certainties that can hardly exist in these times. “We need guarantees for the employees. We will not accept unilateral decisions by the management, ”said Conti works council Pfau told the Handelsblatt. “If a collective reduction in working hours should be made, then only if the management is willing to provide consideration and assures that these measures will be used for a limited time.”

A time limit for these measures is also in the spirit of Conti. Reinhart, the head of HR, does not want to give general job guarantees. “It would not be fair to issue job security measures during these times, because we cannot guarantee it,” she says.

At ZF, on the other hand, the situation has already boiled up. Last week, employees demonstrated at almost all locations of the third largest German automotive supplier against the impending downsizing. At the end of May, the foundation company from Lake Constance announced that it would cut up to 15,000 jobs worldwide – half of them in Germany. “It’s about making our company future-proof and at the same time securing employment,” says Sabine Jaskula, HR Director.

Negotiations with the employees are ongoing. One thing is already clear: it will be down to business. In addition to reducing working hours, achievements in previous wage rounds such as the T-Zug could also be turned back. Particularly stressed employees with children, relatives to be cared for or in shift work can choose between an additional wage (T-Zug A) or eight additional days off per year. At ZF, they want to create a large solution for all domestic plants in July that could have a pilot character for the entire industry.

Industry leader Bosch is now practicing “salami tactics”. Bosch boss Volkmar Denner wants to stay true to his line and decide location for location. So far, the strategy has worked. Around 3,000 jobs were cut with comparatively little attention. But in the worsening overall situation, the mood heats up more and more.

A foretaste last week was the comparatively small decision to cut 300 jobs in the steering division in Bietigheim-Bissingen. The protests of the employees reach the state government with a corresponding echo each time.

That’s why there is a lot of rumors in the German auto industry and in politics. And while Bosch, Conti and ZF keep the economic damage as low as possible and the unions want to keep as many jobs as possible, politicians want to prevent mass layoffs. At present, everyone is asked to make a contribution in this challenging situation, says Reinhart. “This applies to both companies, their employees and politics.”

Politicians have not yet positioned themselves on this topic, says Conti works council Pfau. “There are contacts and explorations about measures to safeguard jobs in the automotive industry, but these discussions are still at a very early stage,” he says.

There is not much time for a decision, Conti HR Director Reinhart points out. “Of course, such a reduction in working hours benefits cash flow directly,” she says. “And the more you delay such measures, the greater the pressure on the number of jobs that could be affected by the cutback.” It all points to a hot July car that will start this week.

More: The corona crisis torpedoed the growth plans of the automotive industry. Instead, there are drastic cuts in capacity. The first companies close factories.