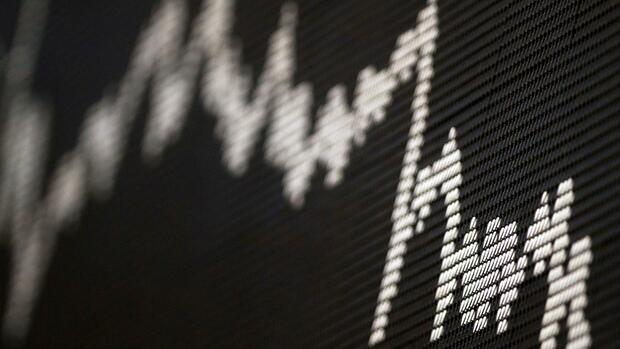 However, the minus on Friday shows that it is still difficult these days to believe in a continuing stream of positive news and the upswing. The leading German index ended the week down 1.6 percent at 12,089 points.

Above all, one question is at the center of attention for investors: How sustainable is the rally that started in March? Robert Greil, chief strategist at Merck Finck, is one of the optimists. “The phase of confidence has long replaced the phase of hopelessness,” he believes. He points to the high level of liquidity on the market and the political factors that support the market.

According to a Reuters report, analyst Frank Wohlgemuth from the National Bank in Essen seems to be looking ahead with a similarly benevolent view: the higher the market, the greater the pressure on previously reluctant investors to have to be there.

The initial situation is clear: the Dax is still below the pre-crisis level, but has recovered by 43 percent since mid-March.

The Ifo’s positive economic outlook has its pitfalls, notes Stefan Bielmeier, chief economist at DZ Bank. For one thing, a purchasing manager index in the 50 point range does not mean that the economy is back to normal.

“It only indicates that there has been no further deterioration compared to the previous month,” says Bielmeier. In addition, the strong rise in the Ifo index is based primarily on expectations for the next six months. It is understandable that the companies here expect an improvement over the gloomy present.

Ultimately, the outlook of company directors remains uncertain. How the corona pandemic continues to develop is simply unpredictable. The high infection rates in the United States and South America show that the pandemic is far from over.

Last but not least, when looking at the profits of companies remains. This has also been shown by Nike, whose earnings have recently been significantly weaker than forecast by analysts.

Fluctuation instead of upswing, that is what Commerzbank expects. In the coming weeks they expect Dax courses between 11,500 and 12,800 points.

Ultimately, the pandemic is masking political events in many places these days. On the one hand there is the presidential election in the USA, the possible outcome of which some market participants will still weigh up in the summer and in the fall.

The issue of Brexit is once again coming to the fore in Europe. The talks are not progressing. Prime Minister Boris Johnson could request an extension of the transition period until Tuesday, which he has repeatedly refused. The risk of a hard Brexit without a deal is conceivable again.

And then there is the trade conflict between the United States and China, which is still not resolved. The relationship between the two largest economies in the world deteriorated further during the corona crisis.

All of these ambiguities cause nervousness rather than clarified confidence on the stock markets. Safe ports are once again coming into focus. The Swiss franc and the yen have recently been in demand on the currency markets.

Investors are increasingly turning to gold on the commodities market. On the world market, the price for one troy ounce (31.1 grams) is approaching its all-time high. One troy ounce currently costs $ 1,765. In September 2011, it was just over $ 1921. In comparison to the previous year alone, the share price increased by a quarter. There were already several all-time highs for euro investors this year. The gold price in euros is currently 1575.

Because the US economy continues to rely on massive monetary and fiscal policy support, and central bank liquidity and government debt will increase, there are arguments in favor of robust gold demand as a safe haven and stable investment, Commerzbank analysts said.

Indications of the state of the American economy will be provided by economic data in the coming week. Labor market figures will be released on Thursday.

Already on Tuesday there are news about the inflation development in Europe. Data on the European unemployment rate will be announced on Thursday, the purchasing manager index on Friday. Both Tuesday, Vonovia and RTL will hold their general meeting.

With material from Reuters.

More: There are great risks for the rally in emerging markets.