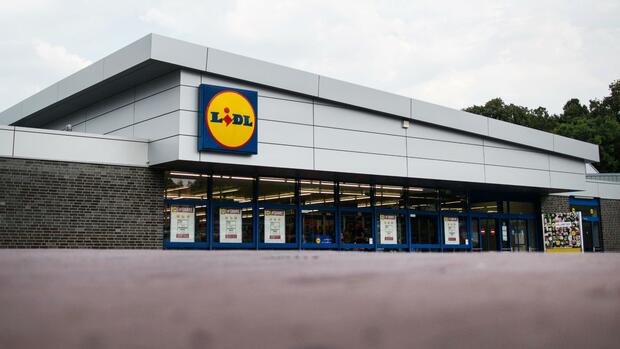 “As a precautionary measure, Lidl has been buying its fresh meat temporarily from other meat suppliers in its supplier network since Monday as a precaution,” a spokeswoman said on request. Lidl is still in talks with Tönnies.

Aldi Süd and Nord continue to purchase various meat products from Tönnies. “However, no goods are currently being delivered to us from the Rheda-Wiedenbrück location,” the companies said. “In order to avoid delivery bottlenecks due to the current situation, we are working closely with our suppliers to ensure the supply of the corresponding meat products at the usual high level,” it continues.

In general, there is a great deal of uncertainty in the grocery trade when and how strongly the plant closure at Tönnies will affect the supply of shops with meat products. “We currently see no changes in meat in terms of range and prices, which are the result of the closure of the Tönnies slaughterhouse,” said a Rewe spokesman when asked. But he also added: “As we see it, it cannot currently be reliably predicted how the closure will work.”

Products from the Tönnies factories are sold under numerous brands. As a supplier, Tönnies is behind the Aldi own brand “Meine Metzgerei” as well as the Lidl brand “Landjunker”. Other brands on the market that include meat from Tönnies include Redlefsen, Böcklunder and Gutfried.

Edeka emphasizes that Verbund attaches great importance to regional diversity. This applies in particular to the meat and sausage range. “We have diverse relationships with regional producers and slaughterhouses throughout Germany and are therefore independent of the company Tönnies,” said an Edeka spokesman.

Trade is already further with the exit from the work contracts

However, since the assortment differs from market to market and is strongly tailored to local customer requirements, it is difficult to give a general answer to the extent to which the markets use meat from Tönnies.

The occurrences at the Tönnies plant in Rheda-Wiedenbrück, however, have generally increased the desire in retail to look not only at animal welfare but also at the working conditions in the slaughterhouses. “We welcome Tönnies and Westfleisch’s decision that with their announced action plan they want to emphasize their responsibility towards all their employees and society in the future,” said Aldi. The two slaughterhouses had announced a cautious exit from the controversial work contract practice.

The trade is already much further there. For example, the large slaughterer Wilhelm Brandenburg, which belongs to Rewe and has 2900 employees, only has eight percent contract workers in its core business. They would only be used “where it was previously not possible to fill the domestic job market”.

Wilhelm Brandenburg had already hired around 270 employees at the Frankfurt site at the beginning of last year, who had previously worked through contract and temporary employment agencies. Since the company is bound by the area tariff, this was coordinated with the NGG union and the works council.

The large-scale discounter Kaufland announced that it had started reducing the number of contracts in its meat plants years ago. The last two contracts are currently being converted. The company offers employees permanent contracts.

Kaufland and its sister company Lidl have announced that in future they will completely do without work contracts in their own factories and with suppliers of fresh meat and fresh poultry – at least in the core areas of slaughtering, cutting and packaging.

More: The slaughter industry faces a turning point after the Corona outbreaks