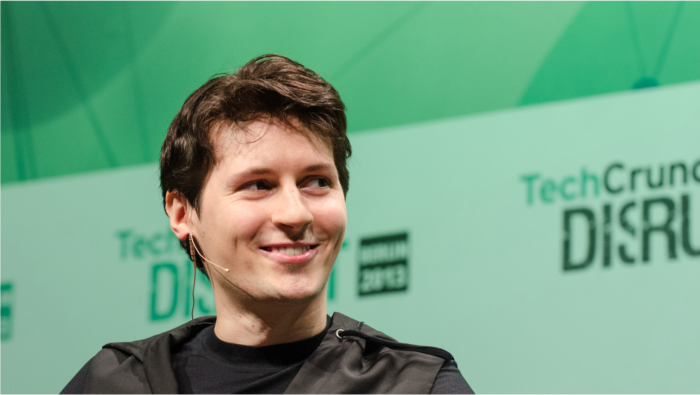 Under threat of having his app banned in Brazil by order of Minister Alexandre de Moraes, Telegram co-founder and CEO Pavel Durov apologized for not having responded to a court decision that forced the platform to suspend accounts in the country. The reason for the negligence would be a “failure” in the exchange of emails between the company and the Federal Supreme Court.

After Moraes’ decision, granted this Friday afternoon (18), for app stores and operators to suspend the use of Telegram in Brazil, Durov spoke on his personal messenger channel.

“It seems that we had a failure in the exchange of emails sent by telegram.org corporate addresses to the Supreme Court of Brazil,” wrote the Russian. “As a result of this miscommunication, the Court decided to ban Telegram for lack of response,” he continued.

Durov then apologizes to the STF for what he called “negligence” and admitted: “we could have done a better job”.

Telegram’s CEO says he complied with a decision by the Supreme Court in mid-February, responding with a suggestion that the Supreme Court send requests for removal of accounts and content to a dedicated company email address. Durov did not mention which order the messenger would follow.

“Unfortunately, our answer must have been lost, because the Court [STF] sent contact attempts to an old email used for general purposes,” said the Russian in his message. He added:

“As a result, we missed the deadline of the Court’s decision in early March which contained yet another request for suspension. Luckily, we found this sentence and processed a response that was already submitted via a report to the Court today.”

Telegram says it will have a representative in Brazil

That is, apparently Telegram responded to the STF’s decision to ban accounts within its app in the body’s first attempt to force the messenger to suspend users in Brazil.

Pavel Durov asks the Supreme Court to “consider extending compliance with the court decision” for a few more days. The reason would be to give Telegram more time to ease the situation and, finally, appoint a representative in Brazil. In this way, the messenger will be able to devise a plan to “answer the most urgent questions like this in an accelerated way”.

In his message, Durov mentions that thousands of Brazilians use Telegram to communicate with their friends, family and colleagues, asking the STF not to issue a blocking order immediately.

“The last three weeks have been unimaginable for the world and for Telegram. Our content moderation team was inundated with requests from various entities. However, I am certain that once a reliable channel of communication is established, we will be able to process removal orders from public channels that are illegal in Brazil.”

The judicial measure aimed at blocking Telegram completely in Brazilian territory forces all telecommunications operators — including TIM, Vivo, Claro and Oi — to block the messenger. Anatel was also notified and “provided the immediate forwarding of the judicial decision to the entities operating in the regulated sector that are relevant to the judicial determination”

Google also confirmed that it received the order from Alexandre de Moraes to suspend Telegram from the Google Play Store.

However, there are a series of requirements determined by Moraes in the court order for Telegram to continue its operation in Brazil. For example, identifying who created the three profiles on Telegram linked to Allan dos Santos, a blogger investigated by the Federal Court and an ally of Jair Bolsonaro.