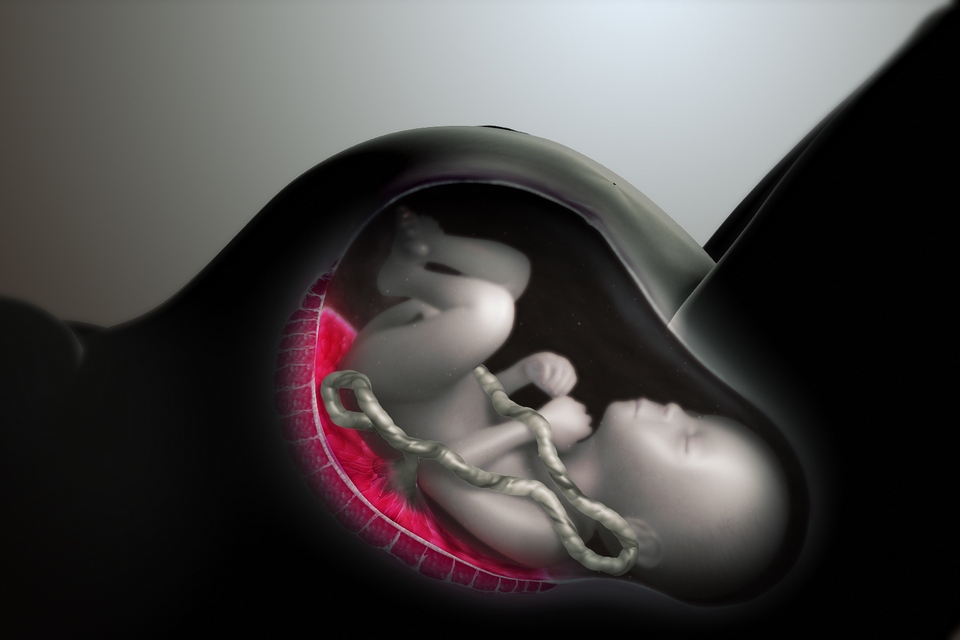 In 2019, research published in the scientific journal Nature Communications showed that particles of black carbon (the popular soot) can cross the placenta. Now researchers at Queen Mary University in London have found that other particles resulting from pollution (including metals) can also contaminate the life-supporting structure of the fetus.

Placentas donated by 15 healthy parturients admitted to the Royal Hospital in London were examined. In 13 women, the researchers found evidence of exposure to pollution above the average annual limit determined by the World Health Organization (WHO).

Soot particles can be seen in the image (white dots) on a scan of tissue from the maternal placenta.Source: Nature Communications / Hannelore Bové et all

They appeared in 1% of the cells analyzed, in all placentas. What has been discovered is that particles suspended in highly polluted environments, when inhaled, travel from the lungs to distant organs, being agglutinated by certain cells of the human placenta and, potentially, that of the fetus.

“We always thought that the mother’s inhalation could result in pollution particles traveling to the maternal placenta, even though we know that there are defense mechanisms in the lung that prevent foreign particles from migrating to another place. So it was surprising to identify them in the placenta cells of all 15 participants, ”said molecular biologist Lisa Miyashita.

In addition to the expected carbon-based particles, the researchers found traces of metals in the placenta, such as silica, phosphorus, calcium, iron, chromium and, more rarely, titanium, cobalt, zinc and cerium. 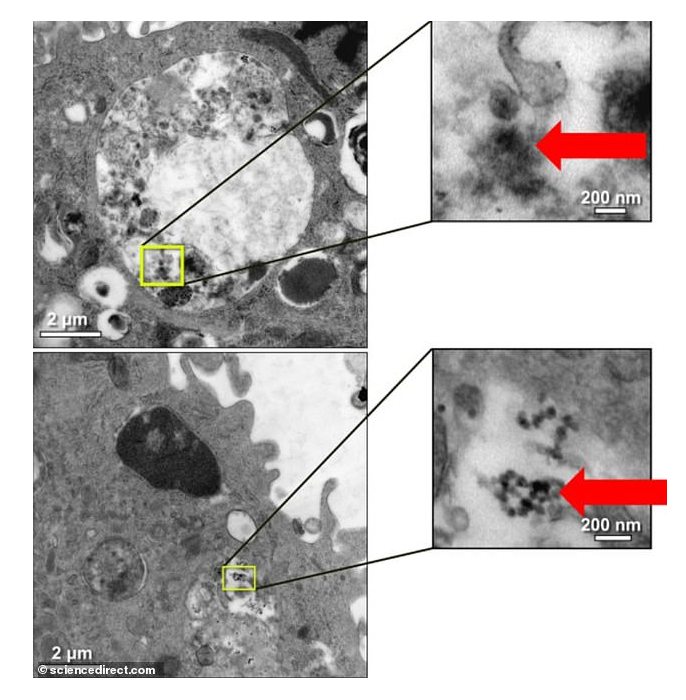 In the image, it is possible to see black inclusions in the cells of the placenta, similar to the inhaled particulate matter.Source: Queen Mary University of London / Disclosure

The study, published in the journal Science of The Total Environment, points out as a source of the elements the heavy traffic in the English capital – they are residues from the combustion of fossil fuel, in addition to the use of additives added to gasoline and oil, as well as the wear of asphalt, due to the vehicle brakes.

For the Queen Mary University study group, further research is still needed to determine what effects these pollution particles can have directly on the development of the fetus. According to pediatrician and researcher Norrice Liu, “we know that there is a link between maternal exposure to high levels of pollution and problems with the fetus, including risk of low birth weight, but, until now, we had a limited view of how this can to occur”.

The placenta is composed of two parts: the fetal, from the same tissue that forms the fetus, and the maternal, from the same tissue as the mother’s uterus. Oxygen and nutrients pass to the fetus via the umbilical cord; the baby’s excretions go the other way. While doctors recommend that harmful substances (such as some drugs, alcohol and nicotine) that pass through the placenta be avoided, this is not possible with air pollution.

At the time, Jonathan Grigg, the lead author of the published study and currently a pediatric pulmonologist and specialist in Environmental Medicine, said that “there is epidemiological evidence that maternal exposure to air pollution is associated with adverse outcomes, such as spontaneous abortion. This needs to be addressed at government levels “.