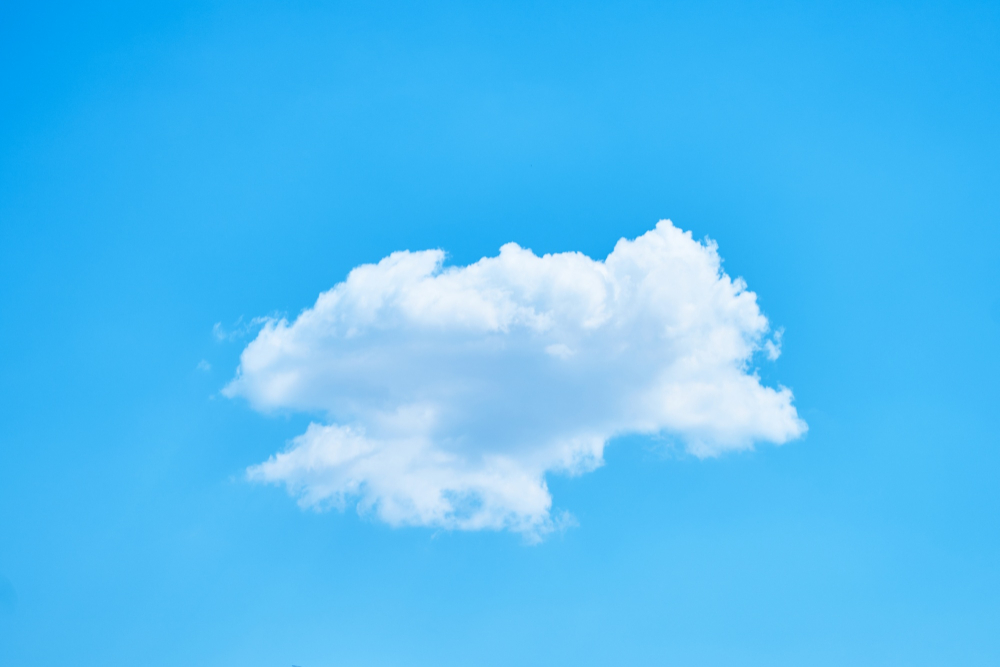 Scientists at Imperial College London and the University of East Anglia in the UK have published a study that claims that Earth’s clouds are likely to amplify global warming in the long term — further exacerbating climate change. The results were published in July in the scientific journal Proceedings of the National Academy of Sciences (PNAS).

This fluffy cloud could be responsible for making our planet warmer.Source: Freestockcenter/Freepik

The research suggests that, with atmospheric carbon dioxide (CO2) concentrations measuring twice as much as pre-industrial levels (we’ve already gone from 280 ppm — parts per million — to today’s nearly 420 ppm), the climate is unlikely to warm any less than 2°C — it’s even more likely to heat up to 3°C. This means that if significant cuts are not made in toxic gas emissions, we could approach double the pre-industrial amount by mid-century.

Climate sensitivity is a measure of how strongly our climate will react to the amount of climate warming predicted by doubling pre-industrial CO2 levels. So far, the biggest uncertainty in climate-sensitive predictions has been the influence of clouds on global warming — and how they might change in the future. This is because clouds, depending on properties such as density and height in the atmosphere, can increase or decrease heating.

“The value of climate sensitivity is highly uncertain, and this translates into uncertainty in future projections of global warming and the remaining carbon budget,” explained the study co-author, Dr. Paulo Ceppi, of the Grantham Institute, in a press release. of Climate Change and the Environment at Imperial College.

“There is therefore a critical need to more accurately quantify how clouds will affect future global warming. Our results will mean that we are more confident in climate projections and can have a clearer picture of the severity of future climate change. This should help us to know our limits — and act to stay within them”, said the researcher.

While low clouds tend to have a cooling effect because they keep the sun from reaching the ground, high clouds have a warming effect because, although they let the sun’s energy reach the ground, the energy emitted back from Earth is different — and it can get “trapped” by clouds, increasing the greenhouse effect.

Inspired by ideas from the artificial intelligence community, the research team developed a new method to quantify the relationships between the most recent global satellite cloud observations and the associated conditions of temperature, humidity and wind. From these observed relationships, they finally managed to better understand how clouds will change as the Earth warms.

The researchers found that the probability that clouds would amplify global warming is 97.5%. Thus, they would reflect less solar radiation and increase the greenhouse effect. The results also suggest that a doubling of CO2 concentrations will lead to about 3.2 °C warming at the Earth’s average temperature. The study is the most reliable to date, based on data from global observations rather than just specific regions or cloud types.

“Our new approach allowed us, for the first time, to derive an overall value for this effect of feedback using only the highest quality satellite data as our preferred line of evidence,” said co-author Dr. Peer Nowack of the University of East Anglia’s School of Environmental Science and Climate Research in the same publication.

Nowack emphasized that the work highlights a new path, in which methods of machine learning can help to constrain the main uncertainty factors remaining in climate science.