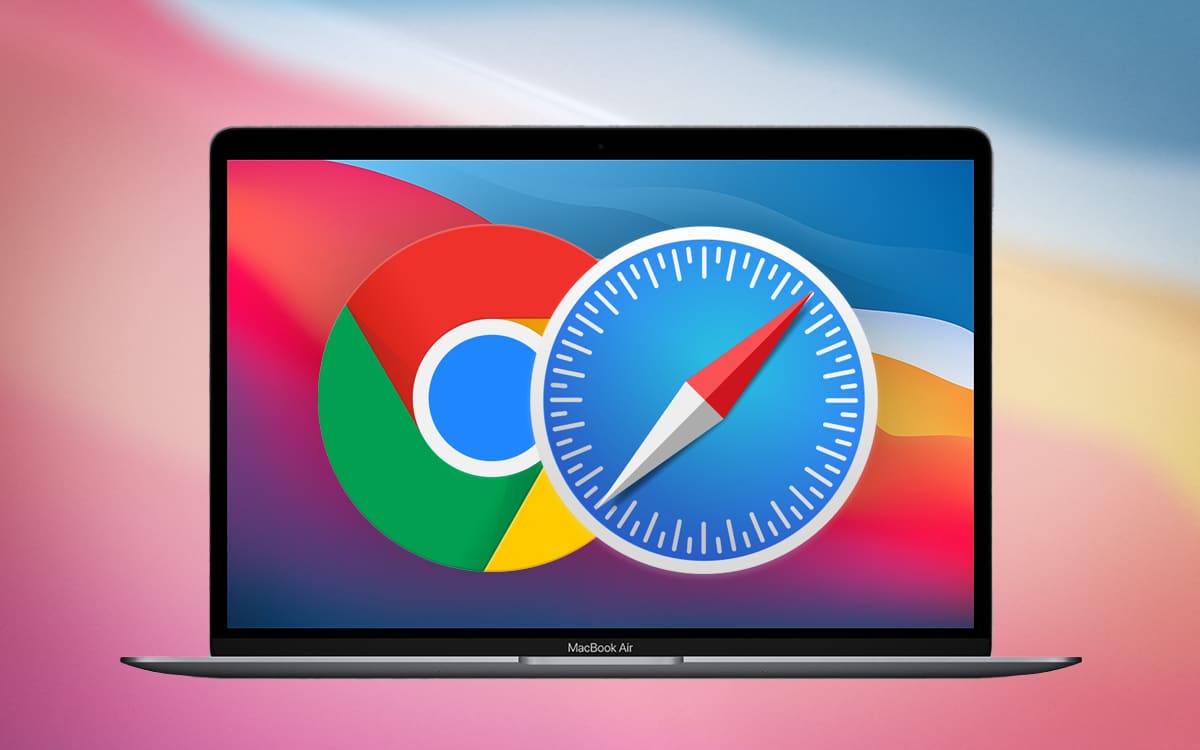 Does the version of Chrome for Macs consume too much RAM? This is what a researcher tried to find out by carrying out several stress tests. His conclusion? Google’s browser consumes between 10 and 24 times more RAM than the native macOS browser, Safari.

Morten Just is a developer behind the Flotato app, a fairly popular app on mac because it allows you to turn any web page into an app you can manage from the Dock. Flotato thus allows, for example, you create the Netflix or Prime Video app that macOS lacks. Flotato claims that these applets have minimal impact on performance. The reason is very simple: Flotato simply uses native macOS APIs to render web pages. The same ones that Safari uses.

In his latest blog post, Morten Just is surprised at the impact of Chrome on the performance of macs. “I got to the point where my Mac sounded over the postcast I was trying to follow. That’s just how loud his fans were. I then closed all open Chrome windows, and a few minutes later my mac fan went silent again. So I decided to see if it was just me or a deeper problem ”, explains Morten Just.

Read also: Chrome will finally consume less RAM on Windows thanks to an update

Chrome seems to use way too much RAM on Mac

To check his feelings, he decided toinstall macOS in a virtual machine – just to be sure that the problem was not related to its installation of macOS. He then realized two types of stress test. In the first test, the researcher attempted to simulate a realistic use case. For this he explains “I performed the same steps in Safari then in Chrome: open Twitter.com, scroll, open a new tab for Gmail then open an email“.

The result is final. In this use case, Safari only took up 73MB of RAM, compared to 730MB of RAM for Chrome, which is 10 times more ! And that’s not all: Chrome indeed doesn’t seem to care about user interactions and continues to consume more RAM no matter what the user does – while Safari remains rigorously below the 80 MB mark and only consumes more during interactions. The test was reproduced on a real machine with an even greater performance gap.

The other stress test consisted of open 24 tabs (Slack Youtube, Gmail, FT and various other greedy sites, details of which are available in the original post) in Chrome and in Safari. And the the difference is even more abysmal : Chrome displays a consumption of 290 MB when Safari only consumes 12 MB with the same sites. According to the developer, the problem with Chrome probably lies in its philosophy.

His conclusion is much more nuanced, but Safari clearly seems to have the advantage.

Chrome remains very fast despite this strong mobilization of resources. It manages the use and prioritization of performance by tabs. And sometimes this increasing RAM consumption is linked to features that protect Internet users. “It’s great if you’re not running any macOS app other than Chrome, which then de facto makes you use Chrome as your operating system and macOS as some sort of bootloader. The problem occurs when you use Sketch, Final Cut and Photoshop in addition to Chrome ”, Morten Just notes.

The researcher qualifies at the end of his post, noting two things. First that iIt is not impossible that the impact of Safari is partly hidden by macOS : “This probably shows that psutil doesn’t see all of Safari’s processes, only core processes – despite the Activity Monitor grouping them together”, he notes. According to him, Safari can indeed also make the Mac, at levels even slightly higher than those of Chrome.

And yet “It doesn’t change the fact that since switching to Safari, I practically forgot the sound my computer fans made”, he tempers. We also note that Safari is not the only native browser to deliver better performance than Chrome. On Windows 10 the new Chromium-based Edge browser, for example, is also incredibly well optimized. Are you using Safari or Chrome more on Mac? Share your feedback in the comments!