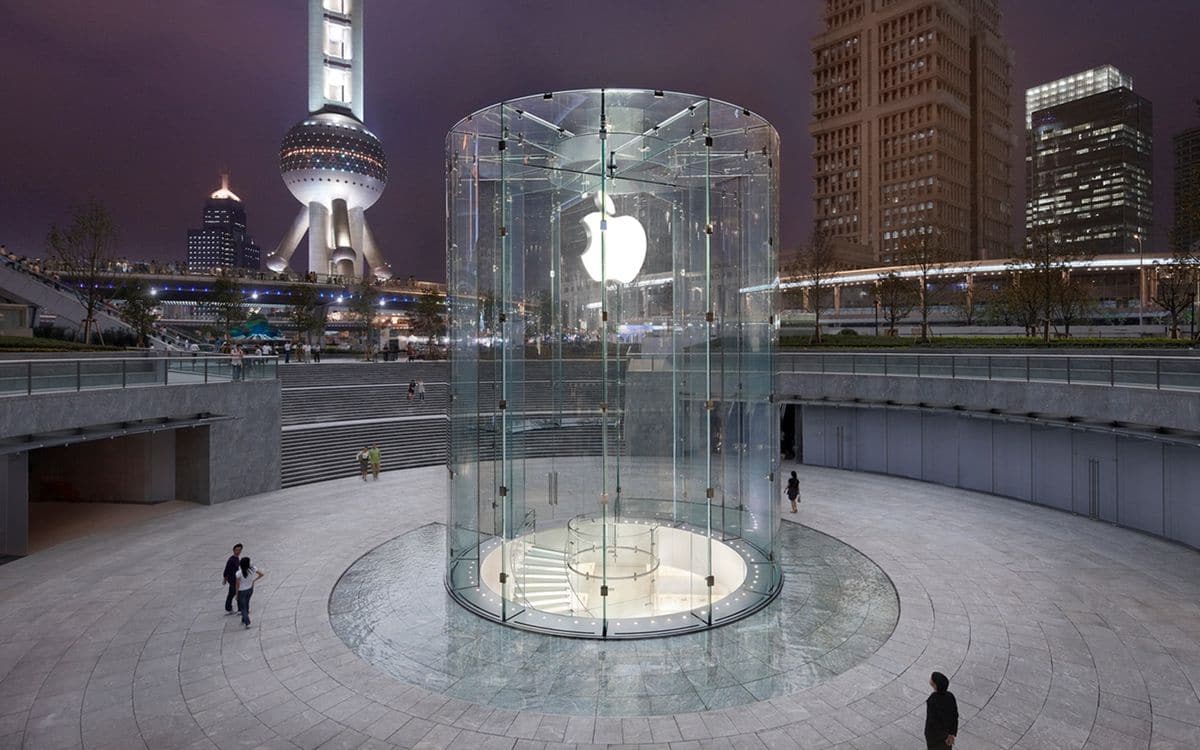 China has decided to take on one of the flagships of the United States: Apple. As tensions between Washington and Beijing are heightened, it is private companies that are targeted by both governments. Apple thus saw its App Store emptied in a few hours in the Middle Kingdom, putting its position in the country at risk.

The trade war between the United States and China continues. Tensions are high between the two countries who do not hesitate to attack private companies to bend the other. While Washington has recently attacked Chinese applications, Beijing has decided to strike hard by attacking one of the American flagships: Apple.

Indeed, according to The Information, the Apple App Store has been emptied of its content. These are not less than 47,000 applications that were purely and simply deleted for Chinese users. The latter cannot therefore download them (but they remain available everywhere in the world). An operation that looks like a warning shot from Beijing, which seeks to show Apple, and especially Donald Trump, that he has the power to harm him.

If the presence of the Apple firm does not seem threatened in China for the moment, the country still wants to make it understand that she is not in a conquered country and that at any time, his business can be in danger. The point is, Apple enjoyed a certain laxity on the part of the Chinese authorities which allowed it to have privileges over other American companies.

Apple had a certain tolerance

In fact, any foreign company that has to set up in China must partner with a local company. A way for the country to control its market and to allow local companies to benefit from foreign know-how. However, Apple had succeeded to pass between the stitches of the net.

Apple runs its business independently in the country. The Cupertino brand had indeed negotiated with the government to benefit from this exceptional status, nestling in a very comfortable gray area. Likewise, Apple didn’t need to go through regulators to publish apps on its online store. Note that there were still some exceptions, the party having repeatedly asked the company to remove applications. But tolerance seemed to be in order, this situation benefiting everyone.

Apple took a first step to get out of this gray area in July, indicating to submit its new applications to regulators. But it was still minimal. The Chinese government has decided to whistle the end of recess, by sanctioning the company for not following the rules. But Cupertino is not the target here, as it is only a way to reach the United States, which they did not wait to attack Chinese companies.

In 2019, Donald Trump imposed an embargo on Huawei. We know the consequences: Huawei no longer sells products in the United States and they no longer have Google’s software suite. Recently, it was the Taiwanese company TSMC, a partner of Huawei in the manufacture of its processors, which gave in under pressure from the United States. It will therefore no longer work with the Chinese brand, which must therefore find a new supplier.

Also read – Tik Tok: all you need to know about the social network and its videos

Likewise, TikTok, extremely popular and of Chinese origin, has been accused of espionage by the Trump administration. The app risks banishment from the United States if it is not bought out by a local company. Rumors have thus evoked a takeover from Microsoft. Oracle is also in the starting blocks.

In all cases, it is therefore private companies that find themselves caught in the crossfire. Apple is the first major US company to come under Beijing’s wrath during this time of tension. The first in a long series?