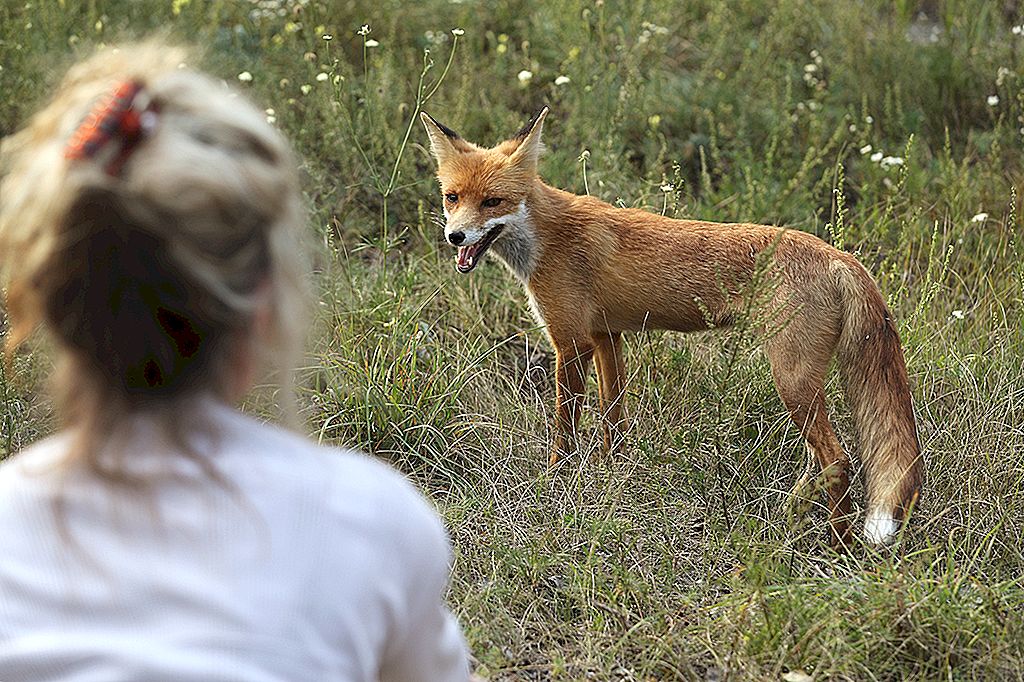 The Chernobyl disaster, which occurred after a safety test at a nuclear power plant, completed 35 years in 2021, but even after so long, its implications continue to be studied in humans, plants and animals. Although the soil is still unproductive in the area – and calculations estimate that the area will only become habitable by humans again in 24,000 years – wild animals are thriving and enjoying nature without having to worry about human interference.

This is the case of przewalski horses, an endangered species, considered the last of wild horses that still exists. In 1998, 30 of these animals were released in the Chernobyl Exclusion Zone and left on their own. There, they had to face other wild animals, such as wolves and bears, in addition to the potential effects of radiation released by the plant in the disaster. But the animals survived and enlarged the herd: it is now estimated that at least 150 przewalski horses inhabit the region.

And it’s not just them. “Our research into camera traps in Ukraine has photographed Eurasian lynx, brown bear, black stork and European bison,” said Nick Beresford, a researcher at the UK Center for Ecology and Hydrology, in an interview with Euronews. “Ukrainian and Belarusian researchers recorded hundreds of species of plants and animals in the area, including more than 60 species [raras]. ” Moose, deer, wild boar and wolves have also been seen in abundance.

Radiation in the forest

At the time of the Chernobyl disaster, wildlife was greatly affected. In addition to the thousands of human deaths – 4,000 according to official data, but which could reach 16,000 across Europe, according to data from the website Our World In Data – and irreversible damage to the health of so many others, the radiation released by the explosion decimated the entire pine forest near the plant.

The chemical elements that were released into the atmosphere also contaminated the local water and destroyed many populations of plants and animals. Soviet forces, in turn, patrolled the Exclusion Zone and killed all surviving animals that were in sight in the 1980s.

Since then, flora and fauna have recovered – and researchers believe they are thriving. Despite this, many crops recently grown in the region still record dangerous levels of radioactivity. Mutations are also more common in Chernobyl plants and animals than elsewhere, according to an article published on May 11 on the Mental Floss website. 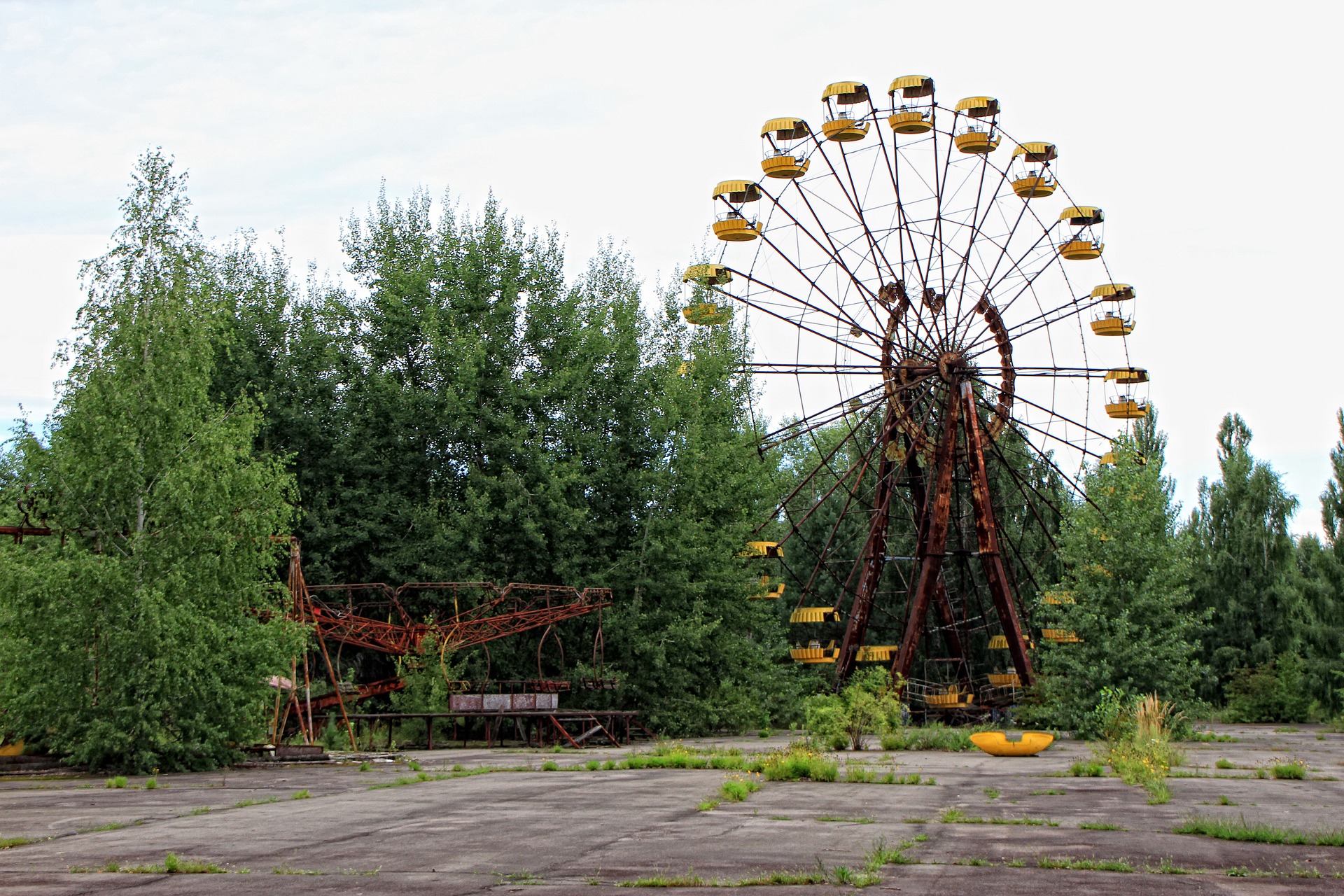 Uninhabitable for humans, but an amusement park for wildlife.Source: Pixabay

There is still no complete picture of how radiation is affecting the wild species that currently occupy the exclusion zone. But the population growth of the animals and the impressive biodiversity suggest that things are going surprisingly well for the wildlife in Chernobyl – perhaps even better than they would be if humans still lived there.

“The burden brought by radiation in Chernobyl is less severe than the benefits obtained by the departure of humans from the area,” professor of plant biochemistry Stuart Thompson, from the University of Westminster in London, told the Euronews website.

For us humans, the story is quite different: we may not be allowed to settle safely in Chernobyl again for about 24,000 years. So plants and animals can continue to reap the benefits of not having to deal with our species in the near future. 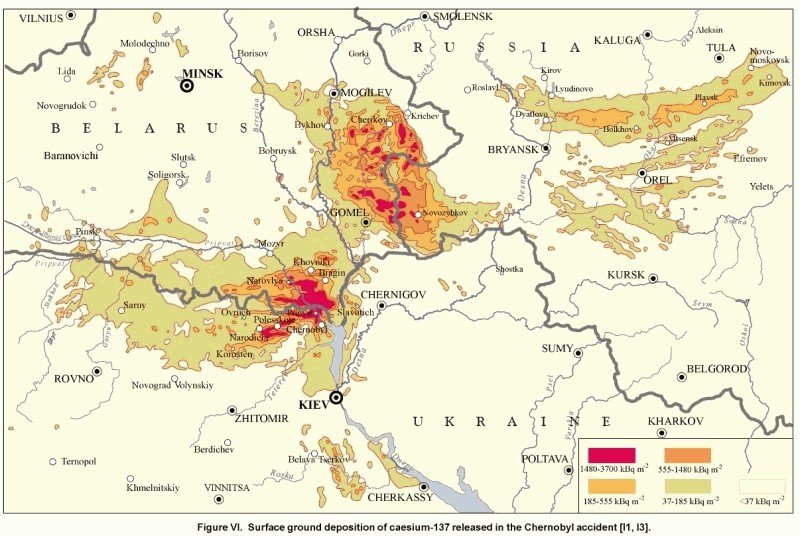 Map of the region contaminated with cesium-137, one of the chemical elements released during the explosion. Red indicates a higher level of contamination, followed by darker colors.Source: UNSCEAR

Currently, radiation levels in the region remain slightly above normal – allowing only visits from curious tourists and short stays.