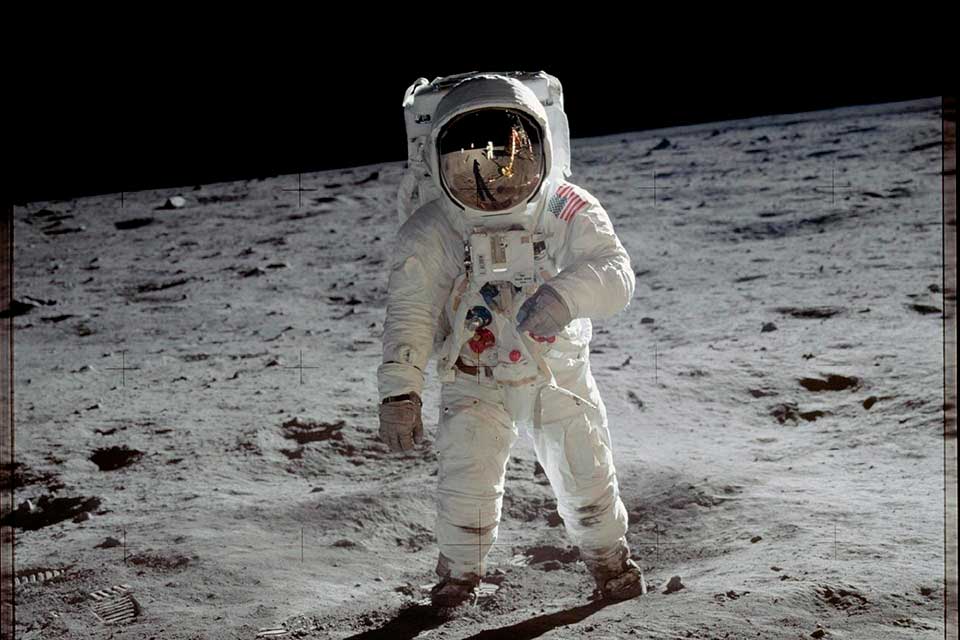 Since ancient times, humanity has been fascinated by the secrets of space. But until the release of the first photos of the space, in 1946, there was not such a remarkable visual experience.

From the space race in the 1960s to the present day, the quality of the images has only increased and the space has become even more fascinating. Whether recorded by telescopes or by the astronauts themselves, the photos of space are proof of the advancement of science.

Check out the 10 most striking photos from space of humanity:

You know that little blue dot in the middle of the photo? And the earth. This is the first photo of our solar system, released in June 1990. The image is part of a mosaic of photos captured by the Voyager 1 probe, 6 billion kilometers from the planet.

Astronomer Carl Sagan described the vision as a “pale blue dot”, which was the title of one of his books later.

2. Footprints on the Moon

The historic photo is of the footprint of astronaut Buzz Aldrin, one of the first people to walk on the surface of the Moon. The record was made by Aldrin himself, during the Apollo 11 mission, in 1969.

3. “This is a small step for man, a big leap for humanity”

The above sentence belongs to Neil Armstrong, the first man to set foot on the Moon, in 1969, but the photo made famous by Buzz Aldrin. Later, in 2017, Aldrin said that he asked his colleague to take a picture of him at that moment. It is possible to visualize Armstrong himself in the helmet reflection.

4. The immensity of the Milky Way

Our galaxy is one of the most incredible photos of space taken in recent times. The registration of the Milky Way in 360 ° was carried out in 2009, by ESO’s GigaGalaxyZoom project.

In the photo, you can see the nebulae with their young stars and satellite galaxies.

5. The cosmos in vibrant galaxies

There are approximately 10,000 galaxies in this image, have you thought? It is no wonder that it is the deepest visible light image of the cosmos that has been recorded. The capture was made by the Hubble telescope using 800 different photos taken between September 2003 and January 2004.

6. The Earth from the Moon’s point of view

Apollo 8’s mission in 1968 was to take pictures of the moon’s surface, but the crew came across this image of the Earth emerging from the horizon of the natural satellite. The iconic photo was named Earthrise (“The birth of the Earth”, in translation).

7. The surface of another planet

In 1975, the Russian space probe Venera 9 was able to photograph the surface of Venus, having become the first spacecraft to land on the planet. To enter the atmosphere of Venus, the probe had to use a parachute and recorded the images with a panoramic photometer.

The Horsehead Nebula is one of the most beautiful photos in space. The capture was made in a combination of the image data from the VISTA telescope, located on the ground, with the Hubble Space Telescope. This immense formation of gas and dust hosts the birth of several stars.

In 1984, astronaut Bruce McCandless became the first to float out of the spacecraft without a rope to bring it back. To accomplish this feat, McCandless had a hand-guided nitrogen propulsion device. The adventure was recorded by the crew of the Space Shuttle Challenger.

In 2019, the Event Horizon Telescope project achieved an unprecedented feat so far: a real image of a black hole. Before, all you had were representations of the black hole, since it swallowed everything around it (even the light), making it very difficult to make an image.

The conquest was made with eight radio telescopes from Earth, which caught the exact moment when waves of light that had not yet been sucked.