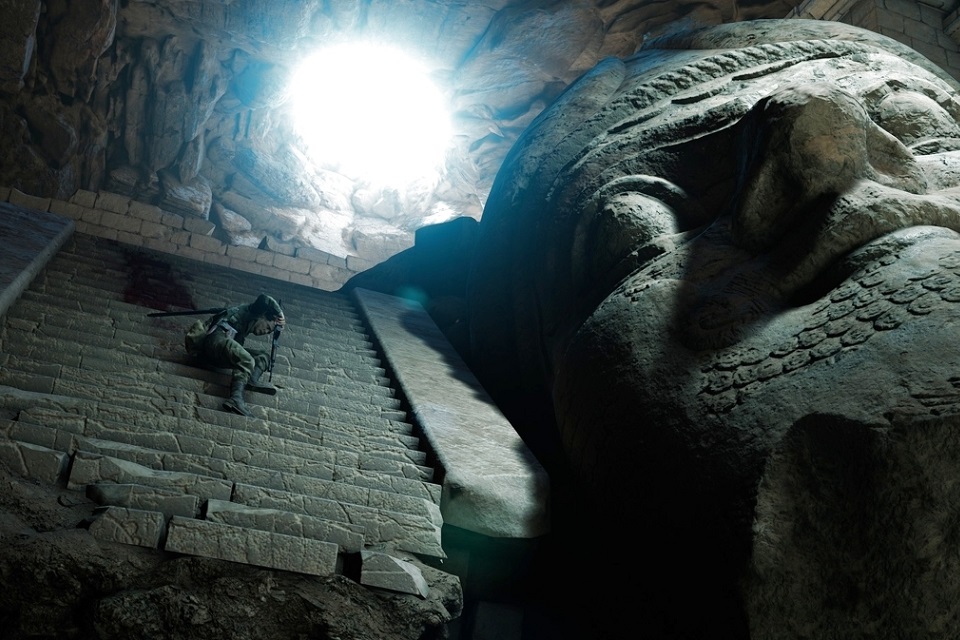 Independent studio Supermassive Games was well known for the game Until Dawn in 2015, especially because the title has a good atmosphere of Survival Horror with several playable characters, whose fate was sealed according to different decisions you made throughout the plot. Following a very similar premise, the developer’s people decided to start an anthological series of horror games and with a great focus on narrative, known as The Dark Pictures.

The first game in this series was Men of Medan, launched in 2019, followed by Little Hope in 2020. As early as 2021, we promise to House of Ashes, which seems to not only follow in the footsteps of other studio games, but also brings some improvements requested by fans. We had the opportunity to check out unpublished details about the title in a digital event promoted by publisher Bandai Namco. You can check the following news!

Early in the presentation of House of Ashes, game director Will Doyle commented on the importance of The Dark Pictures series for the studio and the fact that they always try to bring new ideas and ways to scare and surprise their audience with each iteration. For those who do not know, it is worth mentioning that the franchise will have eight titles in total, each with a contained story and its own theme, but that share similar mechanics.

This is great for those who love to see games of this type in an anthological scheme, something that is not so common nowadays in the world of games. Other than that, it is also very good for people who just find one of the themes interesting and want to try one of the games without much commitment.

In case of House of Ashes, the scenario is very different from what we had seen in previous games and explores some older themes. The story takes place in 2003, a time when the Iraq War was still at its peak and when an American armed forces team is sent to investigate suspected weapons of mass destruction. The group ends up being attacked by Iraqi forces, but an earthquake interrupts the fighting by opening holes on both sides, revealing ruins of a mysterious ancient temple.

Although the story is fictional, the whole idea of ​​the temple that the characters find in Iraq comes from the real world. Will Doyle explained that the inspiration came from Mesopotamia (the region where Iraq is currently located), where King Naran-Sim was in power between 2255 and 218 BC in Acadia. One of the myths surrounding Naran-Sim is that he disturbed the gods by stealing a temple that belonged to Enlil (a Sumerian god of wind, earth and storm), which caused his kingdom to be cursed with hunger, war and plagues.

In the game, the story shows the king building a great temple as a peace offering to the gods, but his pleas are not heard and his kingdom falls and the temple ends up buried in the desert sand for hundreds of years. This until the moment that the Americans and Iraqis fall in this forgotten temple and are faced with the monsters that still inhabit the place.

Another interesting inspiration that the team had came from the book At the Mountains of Madness by H.P. Lovecraft, one of the great literary masters of horror, so you can expect some good scares from the game.

As we mentioned before, there are soldiers on both sides who fall into the Naran-Sim temple, which initially can cause a good level of tension between characters. So that they do not have to face two different enemies in the depths of Iraq, soldiers at war needed to form an alliance so that they have some chance of survival against the monsters they will encounter.

The enemies you encounter in the temple are worse than you thinkSource: Supermassive Games / Playback

For now, we already know of five playable characters, all of whom can survive or die depending on the actions and decisions you make throughout the plot. A good part of the topics covered during the interaction of this group involves loyalty, prejudice, distrust and whether it is possible to leave the rivalry aside for a greater good.

In the midst of that, they gradually discover the mysteries of time, something that the people at Supermassive Games made a point of not showing too much so as not to spoil the surprises the game has. Still, you can already see that the narrative has a very interesting potential.

Director Will Doyle even made a point of mentioning that, while the mechanics of The Dark Pictures series games are similar, their developers are always looking for ways to improve their new titles, especially taking into account the comments and feedback from their fans. 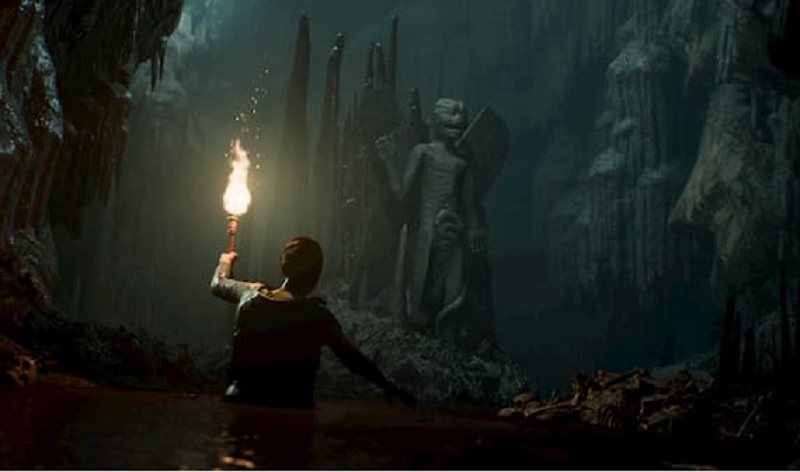 In House of Ashes, for example, the fixed camera was replaced by a camera that can be fully controlled by the player, something that had previously been requested by players in the franchise. This should make exploration more natural and immersive, which is also aided by a button dedicated to a flashlight that you can freely control now.

There will still be levels of difficulty for you to choose how to deal with the game, but this is not just about the game’s challenge. We say this because now there is also a separate difficulty just for Quick Time Events, which are those situations in which you have to press a specific button in an agile and unexpected way. 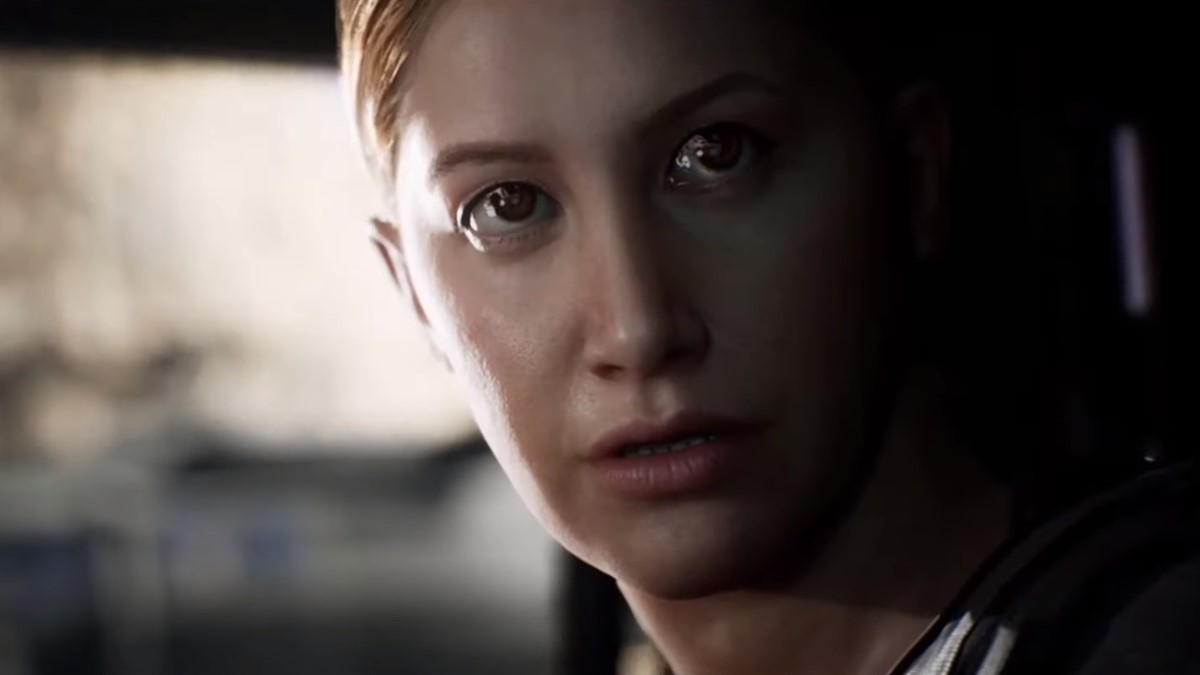 Now it will be possible to choose even the difficulty of the QTEsSource: Supermassive Games / Playback

Supermassive Games had already heard fans complain that QTEs were too easy and too difficult in their games, which left them confused about how to balance them for different people. Therefore, it is entirely up to the player to decide whether he wants more challenging events or not.

Bringing terror to the new generation

Another important detail is that House of Ashes will be the first title in the franchise to be released on new generation consoles, that is, on PS5 and Xbox Series X / S. Doyle promises that in these versions, the game will have a much improved graphic fidelity in relation to the versions that will be on the PS4 and Xbox One. On the PC, of ​​course, everything depends on the hardware that the player has, but also where you will find the best potential graphic.

Those who love to play horror titles with their friends, on the other hand, will love the manners that the new chapter of The Dark Pictures brings. You can choose to play online with a friend or play with up to five people locally, with each one having a chance to control one of the characters.

You will have a few different modes to enjoy the gameSource: Supermassive Games / Playback

For those who prefer to play alone, there will be two special modes for this: “Theatrical Cut” and “Curator’s Cut”. The first is the normal game, in which you control all the characters at separate times, while the second mode comes as a pre-sale bonus and allows you to experience the story from the perspective of other characters and see scenes that do not appear in the standard mode. .

There will certainly be no lack of reasons to try House of Ashes more than once, whether to check out the different modes or to know what would happen to each character if you had made a different decision. For now, the game does not have a specific date for its release, but it is expected to arrive on consoles and PCs in 2021!