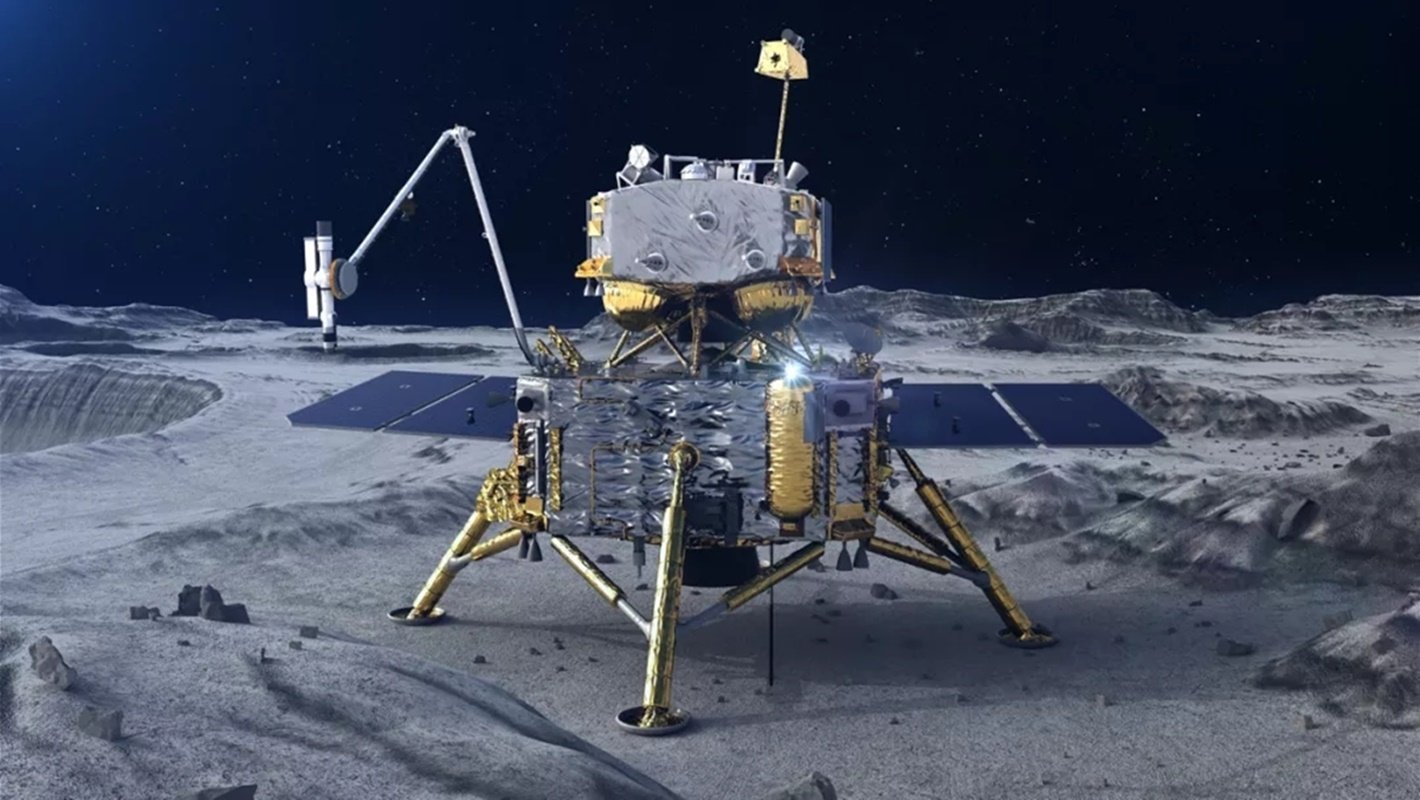 On Wednesday (19), three scientific articles were published in the scientific journal Nature (see links at the end of the text) featuring analyzes of samples brought to Earth by China’s unmanned mission, Chang’e-5, which landed on the Moon in December 2020. This was the first mission from China to return lunar samples, and the first in the world in a period of 40 years, since the sending of the Apollo missions (United States) and the Luna 24 mission (Union Soviet), which occurred in the 60s and 70s.

The successful Chinese mission filled an important time gap in lunar missions and brought to Earth about 1.73 kg of material from the satellite’s soil and rocks.

The lunar region in which the Chang’E-5 mission landed was one of the basalt rock-rich areas formed by volcanic eruptions known as Oceanus Procellarum — the Ocean of Storms — a region of dark gray in the northwest corner of the Moon. information about its thermal activity. In fact, the results obtained from the analysis of these samples provided new clues about important aspects of the geological and geochemical evolution of the Moon: the quantities of volcanic rocks brought in became the most recent lunar samples to be directly dated, being the most recent rocks. young people known until then, with about 2 billion years. These samples are much younger than those returned with astronauts from NASA’s Apollo missions, which ranged in age from about 3.1 to 4.4 billion years old.

Panorama of the lunar surface seen from Chang’e-5Fonte:  Planetary Society/CNSA/CLEP

Previous dating of lunar samples suggest that most lunar volcanic activity ended sometime around 2.9 and 2.8 billion years ago. Another alternative method for estimating the age of planetary surfaces, characterized by crater count chronology, predicts that the Moon may have had volcanic fluxes that lasted for about the last 3 billion to 1 billion years, and suggests that volcanism may persisted for an even longer period.

In the study, conducted primarily by a research team from the Institute of Geology and Geophysics (IGG) of the Chinese Academy of Sciences (CAS), the dating of these rocks and how they extend the life of volcanism were presented in a series of three articles. lunar in about 800 to 900 million years from what was previously known to researchers, as well as revealing how the Moon’s composition and water content has changed over time. In the first article, the datings of basaltic rocks estimated by researcher Xian-Hua Li and collaborators were estimated with high precision and anticipate the time when the Moon’s interior was still evolving from about 4 billion years to just 2 billion years ago . In a separate second article, Sen Hu and colleagues analyzed the water composition of the basalt samples and found that they contained less water than samples from older volcanic regions, suggesting that the source of these younger basalts became dehydrated during the activity. prolonged volcanic

Finally, in the third article by Wei Yang and colleagues, it is presented that the region of origin of the young basalts appears to have contained lower levels of heat-producing elements than expected, implying that the Moon may have cooled more slowly than previously thought.

Continuing the analysis of lunar rock samples, especially those that formed relatively late in the Moon’s history, will allow scientists to know the history of the origin and evolution of our natural satellite, as well as help to understand how the Earth and others planets in our Solar System have evolved.