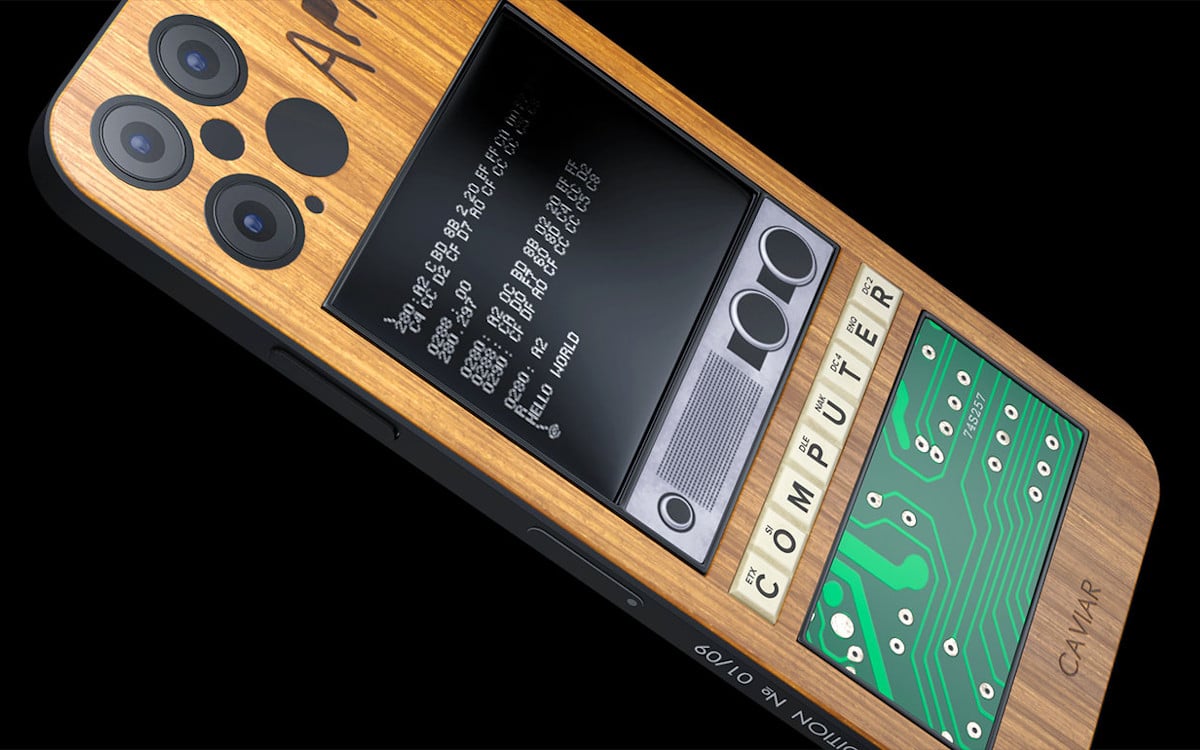 The iPhone 12 has not been announced by Apple. But Caviar, the Russian specialist in luxurious smartphone customization, already sells its own versions. Called iPhone 12 Apple 1 and Apple 12 iPhone 1 Light, they pay homage to the brand’s first computer, created more than 40 years ago by Steve Jobs and Steve Wozniak. They are sold between 5,000 and 12,000 dollars, excluding tax.

Apple presented many products two weeks ago during its keynote. Watches. Tablets. New services. But no smartphone. As expected, the iPhone 12 will be presented later in the year as development and production lag behind in the face of the global Covid-19 epidemic. However, Apple is not alone in depending on the release of the iPhone 12: there is also a whole ecosystem of companies that will offer their own products. This is the case with the preparers of luxury smartphones.

These preparers, you already know some of them: Karalux, Brikk, GoldGenie, etc. One of the best known is Caviar, the Russian company that offers very political (even controversial) versions of high-end smartphones. We especially remember this special edition “Steve Jobs” of the iPhone 11 Pro with pieces of the sweater of the iconic boss of the company. An atypical version, even compared to the gold and crocodile leather version of the same smartphone.

Curious tribute for the 44 years of Apple 1

This year, Caviar will not miss the opportunity to reconnect with the embedding of exotic elements in customized smartphones. Even if it means announcing the iPhone 12 before everyone else, even Apple. After the Elon Musk and SpaceX version, the Russian company therefore presents ” the iPhone 12 Apple 1 “, A smartphone that pays homage to Apple 1, the first computer created by Steve Jobs and Steve Wozniak over 40 years ago. 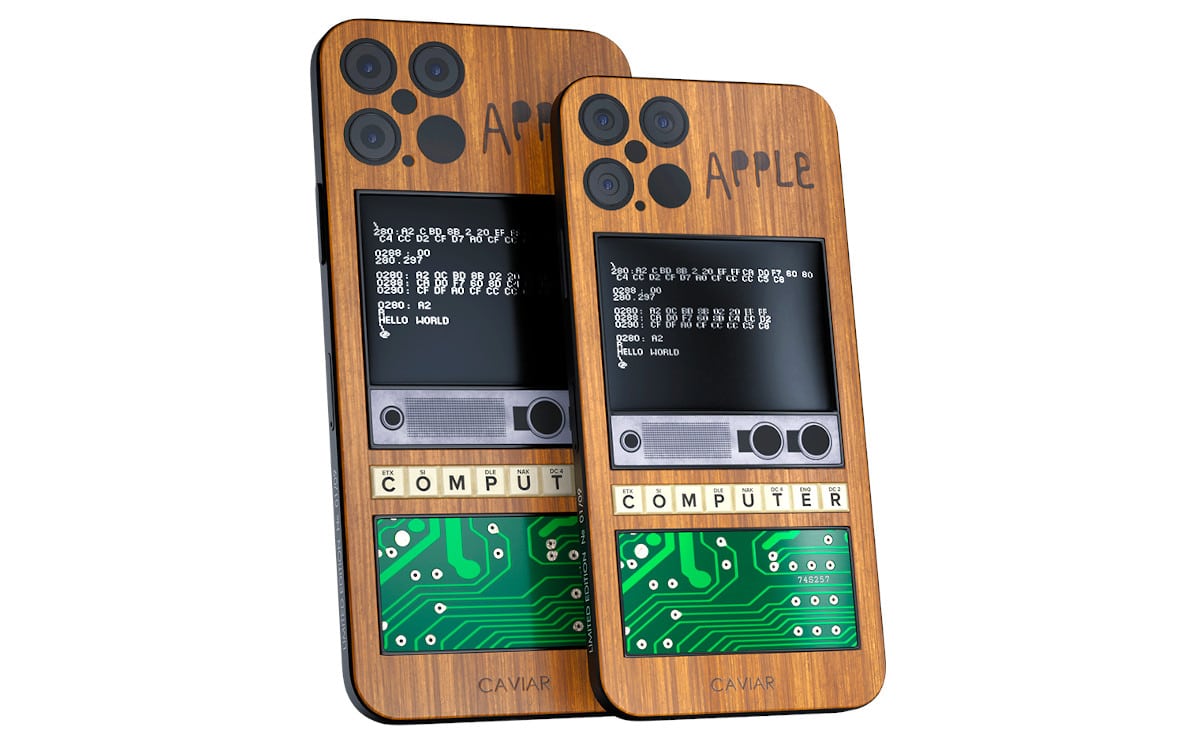 To pay tribute to this ancient equipment, Caviar changes the mineral glass of the natural wood shell in which several elements are embedded: a fake monochrome titanium screen, some keyboard keys also in titanium and bearing the word “computer”, as well as a piece of the original Apple 1 motherboard. Logically, no other difference will be noted between this iPhone 12 and the one that Apple will market. Take the opportunity to take a look at the design of the iPhone 12: straight metal edge, independent photo lenses. Things we already know, but it’s always nice to have an additional source.

For those on a budget that does not allow such fantasies, Caviar also offers the iPhone 12 Apple 1 Light. There is no titanium decoration here, but the natural wood shell is preserved, as well as a “fragment” of a component from the first Apple 1. The computer will be scattered in small pieces “like a puzzle”. Here too, the customer has the choice between a model based on the iPhone 12 Pro or the iPhone 12 Pro Max and will be able to choose from the three levels of storage seen previously.

For small budgets, the Light version starting at $ 4990

The price of the iPhone 12 Apple 1 Light starts at $ 4,990 and shows at $ 6,140, tax free as always. Removing the titanium saves a hell of a lot of money, although it will remain extremely expensive compared to the prices of the consumer versions in mineral glass and aluminum. Note that this second version of the iPhone 12 Apple 1 is limited to 49 copies. Last information for those who might be interested: pre-orders are already open.

While the smartphone is not official yet, Caviar is not its first customized iPhone 12 model. Besides that of Elon Musk and that of the Apple 1, you can also pre-order more classic bling-bling versions: carbon fiber, titanium, gold and leather (alligator, python, ostrich) or full gold plated (with diamonds , all at over $ 22,000 each); or thematic versions of Credo Mecca, Souyz, Space Odyssey, etc. Not sure if this is suitable for everyone. But there will be something for all exuberances.