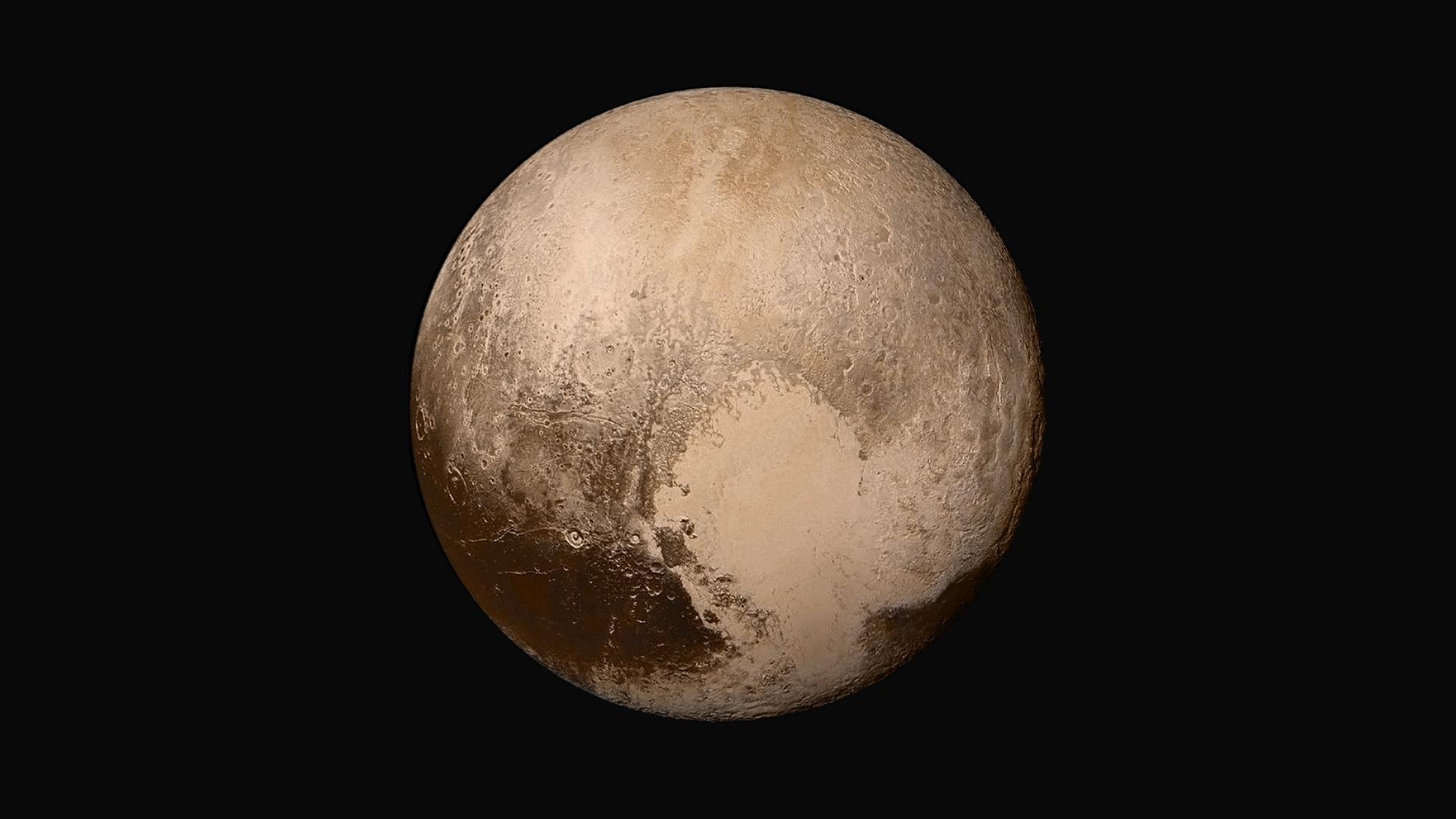 More than 15 years after the official definition of the IAU (International Astronomical Union) categorizing what planets are, many people still resent the fact that Pluto is no longer considered a planet. Therefore, when a new proposal was suggested on the classification of planets, many people were encouraged by the possibility of a historic reparation.

First, let’s remember which objects fit the current classification, defined in 2006. To be a planet an object must:

In the case of Pluto, the criterion not met is number 3, due to the presence of Charon. Charon until then was considered a natural satellite of Pluto. However, the mass ratio indicates that, instead of Charon orbiting Pluto, the two objects orbit a common center of mass. This indicates that Pluto could not be considered the dominant object in the orbit, but rather that it shared the position with Charon. This fact changed the classification of the system to a dual dwarf planet. And a lot of people didn’t like that. 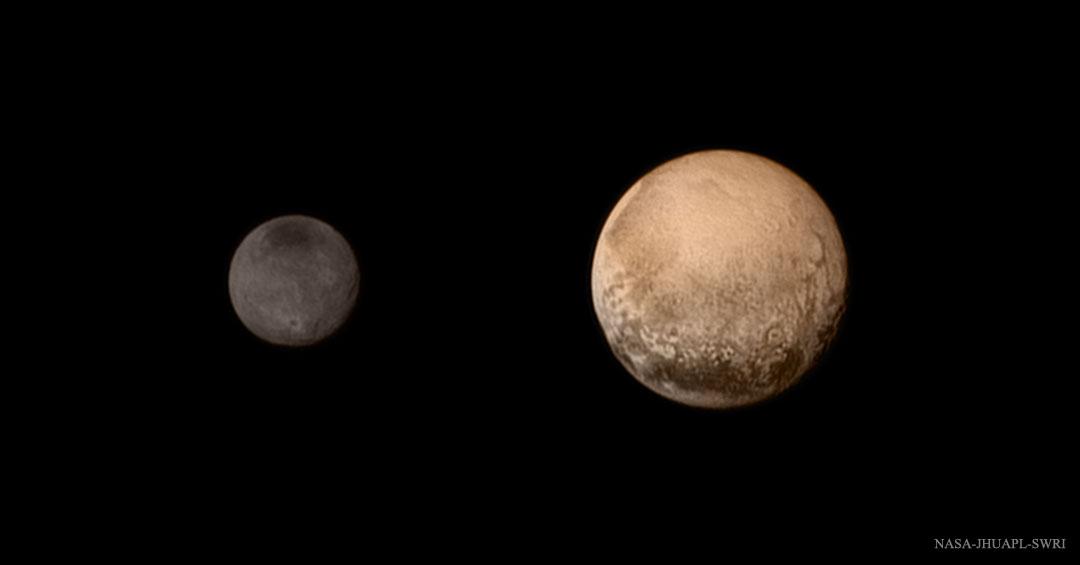 Now, the 2006 IAU definition is not by chance. As technology advanced, it became increasingly possible to detect smaller objects within the Solar System, and the number of such objects was constantly growing. This fact called for an official classification of planet and other categories of objects.

The final definition did not come easily and involved many proposals, debates, criticisms and arguments. But finally, on August 24, 2006, an official proposal was reached and, as an immediate consequence, Pluto would no longer be classified as a planet. To assuage the resentment, a new category of dwarf planets was also created: plutoids, where Pluto is the prototype. These objects are beyond Neptune and have enough mass to achieve a quasi-spherical shape. However, like Pluto, they have not cleared their orbit. The creation of the category reaffirms Pluto’s importance to astronomy. Some objects classified as plutoid dwarf planets are Eris, Makemake and Haumea and the list is expected to continue growing. 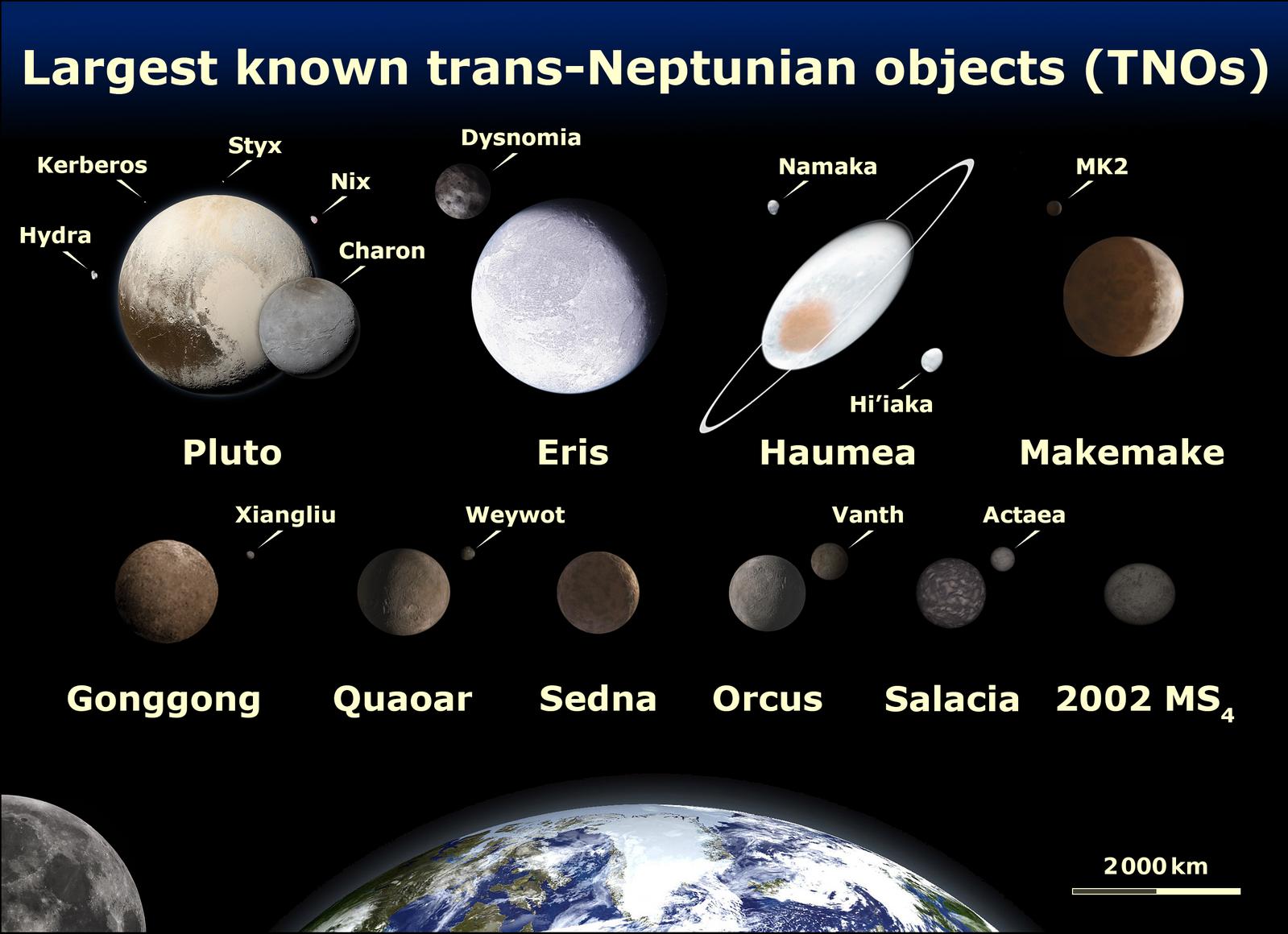 Largest objects other than Neptune, the 4 largest are classified as dwarf planets and the remaining 6 are candidates.Source: Wikipedia

Even with the new category, 15 years later, tempers have not calmed down and a new published study has made a bold proposal: to extinguish the classification of natural satellites. With the proposal, the Solar System would have more than 150 planets. Scientists involved want to revisit the Copernican Revolution definition of a planet, and argue that many natural satellites and planets share the same intrinsic geophysical properties.

The discussion can be extended to planets outside the Solar System. As Jean-Luc Margot, astronomer and professor at the University of California, added, the current definition also plays a role in the classification of exoplanets, as it would currently be impossible to understand whether an exoplanet is geologically active or not.

With tempers running high, many wonder if this new study is enough to hit the hammer in classifying planets. The answer is nto the. It is an article published in a scientific journal and alone does not represent an official classification.

However, the definition of the category “planet” is not written in stone and can, in the future, be changed. Of course, for that to happen, argumentation and debate are necessary. Finally, the official final word of the representative body of astronomy in the world, that is, the IAU.

It is important to note that the official definition of a category does not follow opinion. Who doesn’t remember when the NASA administrator stated that believed that Pluto would always be a planet? It is worth remembering that Jim Bridenstine is not an astronomer and his opinions do not define NASA’s guidelines. And, more than that, it is worth remembering that NASA alone does not dictate official astronomy categorizations.

With the new images from the New Horizons spacecraft, Pluto has once again conquered our hearts with his heart. But regardless of the current taxonomy, the actual configuration of the Solar System is unchanged and the sky remains free for appreciation.

Camila de Sa Freitas, columnist for TecMundo, holds a bachelor’s and master’s degree in astronomy. She is currently a PhD student at the European Southern Observatory (Germany). Self-styled Galaxy Coroner, investigates evolutionary scenarios for galaxies and possible changes in the manufacture of stars. He is present on social media as @astronomacamila.