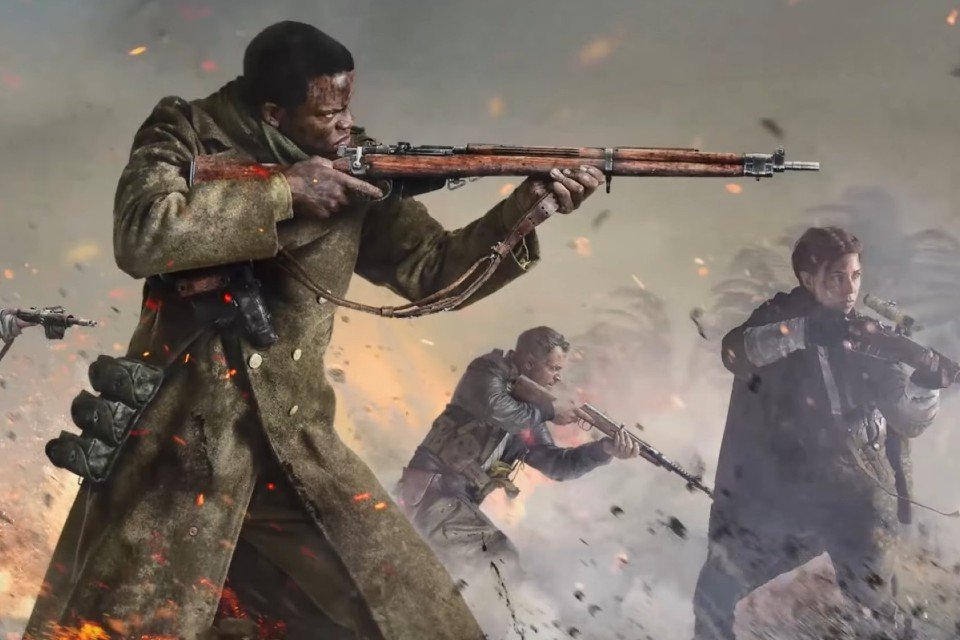 We have few certainties in life, but one of them is that as the end of the year approaches, a new chapter of the series also arrives. Call of Duty to video games. This time, COD Vanguard was released with the promise of delivering everything fans love most in every one of its most popular modes, from zombies and campaigning to competitive multiplayer and esports.

In this sense, as I had already mentioned in my review of Black Ops Cold War in the past year, there’s not much you can do to help anyone switch sides. If you think the show is just one more of the same retreads every year, well, it really is. And if you like to see the formula being improved little by little, you will also remain satisfied.

In many ways, play Call of Duty Vanguard it’s like popping into McDonald’s to order your favorite combo. You know exactly what you’re paying for, and when the dish arrives with perfectly salted potatoes, a chilled coconut and a neatly assembled sandwich, it all goes down round… while it’s not exactly the most refined or healthy dish in the world’s cuisine.

If you want to know more about the ins and outs of the game without more food analogies, check out our full review below!

A problematic story (for a change)

Let’s start with the campaign, as it ends up being a differential in a year when the competitor Battlefield 2042 ended up giving up completely of having a story. She’s very short and you’ll be able to see everything there is to see around here in just over six hours, if that, since there are just over half a dozen chapters to explore.

As for the presentation, Call of Duty it’s never been this beautiful, especially during its cut-scenes that boast computer graphics that often look more like a real movie, especially when we only see the environment and vehicles in action, not the actors. Not that there’s anything wrong with them — they’re pretty good too! — but the care in modeling objects went a step further in this superb graphic showcase.

Meanwhile, the gameplay remains as smooth and polished as you’d expect, making it a pleasure to shoot Nazis most of the time. The different weapons are all fun to use and the game well balances the rare more stealth segments of the inevitable sniper sessions, desperate escape or Michael Bay-style scripted explosions, complete with brief vehicle sessions to freshen the air a bit in the midway.

It is in the narrative field that things get more problematic, if anyone is still serious about the plot of a Call of Duty. Usually the games in the series were accused, quite rightly, of rewriting history in favor of a vision that directly favors the US imperialist narrative, and it’s not as if that stopped happening, only this time the hole is still lower.

After all, the writing team of developer Sledgehammer decided to meet the wishes of a portion that claims to be more progressive on the internet, the group that calls for greater diversity in games at all costs, which ended up generating a true frankenstein in an attempt to please the Greeks and Trojans and reconcile the irreconcilable.

No hallucinatory world of Vanguard, racism only existed in the German ranks during World War II, while the Allied army was obviously formed only by tolerant and conscientious citizens. And how about female empowerment taking shape as sniper Polina being a modern girlboss in action? Surely those nazi machistas would never imagine that they could be killed by a WOMAN, right? By the way, credits to journalist John Walker of Kotaku for opening my eyes to this issue.

All of this ends up diverting attention from the brainless narrative that paints the group of protagonists as true Marvel superheroes and rendering a lot of accidental comedy in the process. In the end, your plot ends up serving as a warning for the addition of sensitive topics just to meet the schedule. If you really want to include heavier topics like racism in your story, it’s better to do it with more care, research and seriousness, and not just any item just to appear well on social media.

on the shoulders of giants

if you would like a COD with its own identity in your multiplayer, look elsewhere. As fun as the modes of Vanguard — and they are really nice! —, the sum of them refers to a “best of” compilation of a successful band, with only one or two new tracks in the middle of the tracklist to justify the release of the album.

At least the game does very well what little it is committed to improving, and not just recycling: its maps are easily among the best and most inspired of the franchise, with a lot of alternative routes and tactical possibilities to surprise your enemies, whether destroying the scenery or looking for unusual angles for ambushes.

As the scenarios have different sizes and play styles, you are always motivated to actively think about new ways to move, which avoids the experience to become repetitive. It would only be even better if, in the most crowded fights, there was a clearer way to visually distinguish allies from enemies, something that time and again made me feel dumber than I really am.

As in previous years, the idea remains to integrate the entire experience of COD, then you are promptly greeted on the launcher with a screen to toggle between Vanguard, Modern Warfare, Warzone e Black Ops Cold War, a plan that continues to work very well for Activision as it is rewarding to level up and reap rewards in games while meeting daily challenges. It’s a loop that motivates you to hit the spot every day, whether you want to play alone or socialize with your friends chatting in the middle of online shootouts.

If zombie mode looks like a leftover from dinner reheated the next morning — ok, sorry, I know I promised to stop with the food analogies — limiting itself to repeating the series’ clichés in a protocol and with few maps, at least the new modes ensure some freshness, especially Champion Hill, which is more fun when played with a friend or two. But my personal favorite is the Blitz Patrol because of the big “tidy mess” that always happens in giant conflicts and helps make each game different from the previous one.

Call of Duty: Vanguard goes on preaching to those already converted. Fans of the series will certainly find good reasons to have fun here for months on end, especially thanks to the well-oiled multiplayer progression system and rounded gameplay. As much as there is a lack of new features, developer Sledghammer has successfully followed the motto of “in a team that’s winning, you can’t move”, and delivered the same old product with the most polished clothing you could ever hope for. Haters will continue to hate it, fans will continue to like it, and the world will keep spinning until we have one more COD next year…

Call of Duty: Vanguard wraps the same old content in beautiful graphics and good gameplay to delight your fans

Call of Duty: Vanguard has been kindly provided by Activision to carry out this review.