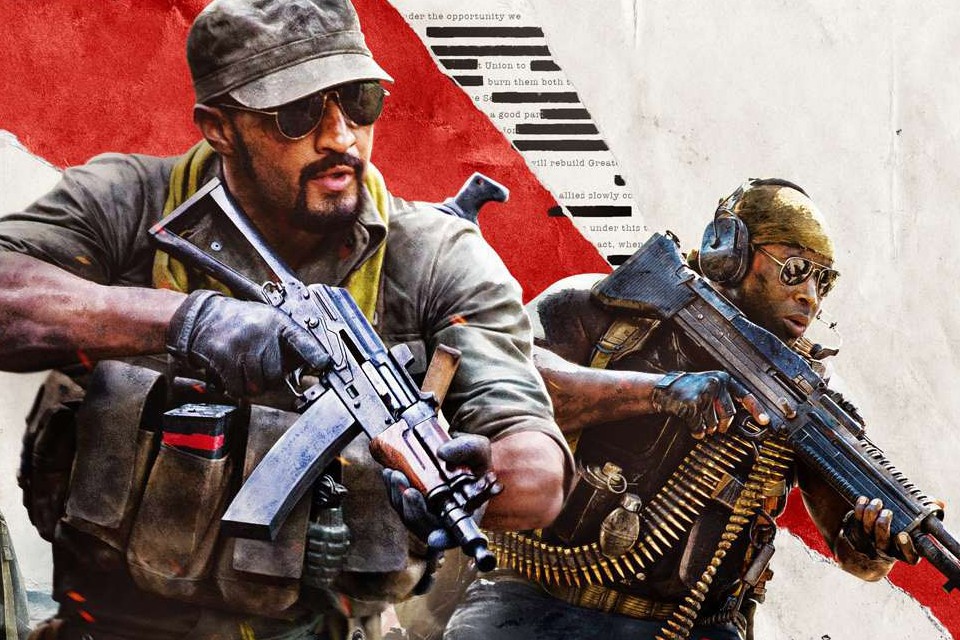 It is difficult to find someone who, in the middle of 2020, no longer has his own opinion about Call of Duty. Whoever loves the series is always thirsty for more of its cinematic action, militaristic celebration and exaggerated characters. Those who hate it, already know what to expect from their gameplay and narrative full of historical revisionisms. For better or for worse, the new Call of Duty Black Ops Cold War gives reason to all these people.

As a good and efficient soldier, developer Treyarch brought a truck full of ammunition to both sides: for haters, it is difficult to think of a more Manichean and childish chapter in the series. For those who like it, COD seldom managed to have such exaggerated and crazy action sequences! And what you will think of the game depends directly on where you place yourself in this dispute of narratives.

The art of war

With or without intention, the proposed Black Ops Cold War ends up being a little metalinguistic. After all, as its name implies, all its aesthetics and themes are focused on the duel between the United States and the Soviet Union, the two superpowers that led the Cold War from the late 1940s to the beginning of the 90s, each trying to prove to the planet that its ideology should prevail.

For those who like history, the theme is a full plate for sure. But who cares about that should probably look for the thousands of books, films, essays and well-founded classes available on the subject, since COD explicitly orbits a kind of reality-parody, a world of incessant propaganda where exaggerations and pamphlet set the tone.

In Black Ops Cold War, well-known figures in the series like Private Frank Woods are true GI Joes ready to help the free world fight the “big bad” represented by the Communists. Once embraced (or at least tolerated) this exaggerated escapism, what awaits you is a plot of incessant action worthy of the best works by Tom Clancy and Michael Bay.

Interestingly, the game has some curious dissonances. For example, one of the first things you do when starting a campaign is to create the complete file of your character, nicknamed and called by everyone by Bell. So far, nothing much, except for one surprise: before slaughtering a few hundred soldiers, you can choose whether Bell will be male, female, or non-binary.

Diversity is always welcome in entertainment, but it is curious to see a game so openly conservative and in favor of good “right-wing art” making a nod to more progressive guidelines such as the use of neutral pronouns. Nothing like blowing up an entire city and potentially killing some innocents in the process while being called by the proper pronoun, isn’t it?

The campaign is very short and can be completed in half a dozen hours, but each one brings several memorable moments. Few segments summarize the game as well as a stretch in which your character and Woods must break into a top-secret Soviet facility. Woods, tense, asks for cover as he opens a mysterious door. With the adrenaline in the stem, you calibrate the target well and your partner opens the door, only to find out …

That the communists built a small replica of a small American town! So you go into a mini arcade recreation of the 80s while, for no apparent reason, someone turns on the sound and the success Hit me With Your Best Shot, by Pat Benatar, begins to touch the stem. In the meantime, enemy soldiers enter the room and the killing begins. You and Woods keep shooting non-stop while Pat sings “Fire awaaaay” in a great catharsis. Live America!

It is worth pointing out that this is also one of the most violent games in the series, with a lot of free killing. Come back and you never have the option to participate in key decisions like whether or not to shoot a suspect from the roof and whether or not to execute an enemy agent but, even disregarding the optional segments, the game is not afraid to blow some heads. Literally.

We will not give any spoilers, not least because the end of the story brings several surprises, including alternative endings that greatly increase the replay factor, but without a doubt this is one of the most interesting narrative choices ever seen in the franchise! Your options throughout the journey really matter and it seems safe to say that, whatever you are imagining would be a good ending to the plot presented, you will be able to pull some strings to reach that end.

Everyone knows that, however bad or better the COD, after all they are much more a glamorized tutorial for your multiplayer than anything else, so it’s really cool to know that Black Ops Cold War it is practically a “best of” of everything that the franchise has already presented in terms of game mode!

Right at the initial hub you will find giant windows reminding you of how the new game is connected to the phenomenon Warzone, one of the most popular battle royales of 2020, but things are not quite like that, at least with regard to installation and executable files. On PlayStation 4, where we took our test, the only way to play Warzone, at least until the publication of this text, it was by downloading the Modern Warfare.

Even opening Black Ops Cold War and clicking on the Warzone, it only served to take the player to the PlayStation Store, with a link to download the more than 100 GB of Modern Warfare. That is, if you want to have the most complete and well integrated experience possible, you will have to reserve well over 200 GB on your HD! And more hardcore fans will probably enjoy doing this, as, as we’ve reported here, progress has been all integrated between Black Ops Cold War, Modern Warfare and Warzone.

Smaller maps and the return of the zombies

At least Zumbi mode and normal multiplayer have been better integrated and don’t take up that much space on the disc. But it is also possible to see the glass half empty and point out that there is still very little content in the new zombie challenge, with only one map available at launch. It’s a beautiful map, but it gets tired quickly if you don’t have friends to play cooperatively online, which always guarantees extra fun.

The loop of killing hordes and more hordes of the undead while collecting points to break new ground and unleash more lethal weapons remains as fun as ever, and if Treyarch manages to add two or three more maps in the near future, its mechanics are certainly good enough to ensure broad player engagement.

As it stands, it is more worthwhile to invest your time in the more traditional Multiplayer, which is full of options! This time, it seems that Treyarch tried to rescue a more minimalist layout and design for the maps, which are very quick to memorize, and guarantee that you will never spend many seconds in a row without bumping into any gunfire.

You can play the way you want, from team or individual playoffs, through territory conquests and confirmed deaths, culminating in the new 12-on-12 Combined Arms, which brings some of the biggest conflicts ever seen in the series. Although it is not exactly the most balanced thing in the world, with many stomps coming and going everywhere, the pace of matches is usually very rewarding and makes up for this problem.

Crossplay between different platforms is also enabled and, in our tests, we had mixed results. In the week of launch, we ran into some servers full of lag, as well as difficulties in setting up a voice chat between the PlayStation 4 and the PC, which required external research for solutions in forums like Reddit. Having said that, most of the matches flowed without major problems of note.

Call of Duty Black Ops: Cold War it brings all the virtues and problems you expect from a legitimate chapter in the series and will not change anyone’s mind about your reasons for loving or hating the franchise. Its campaign is delightfully exaggerated and has magnificent action sequences, and the integration with the multiplayer of Modern Warfare and Warzone is very welcome, although having everything installed sacrifices more than 200 GB of your poor HD. If you love COD, consider a right purchase!

Call of Duty Black Ops: Cold War was kindly provided by Activision to perform this analysis.