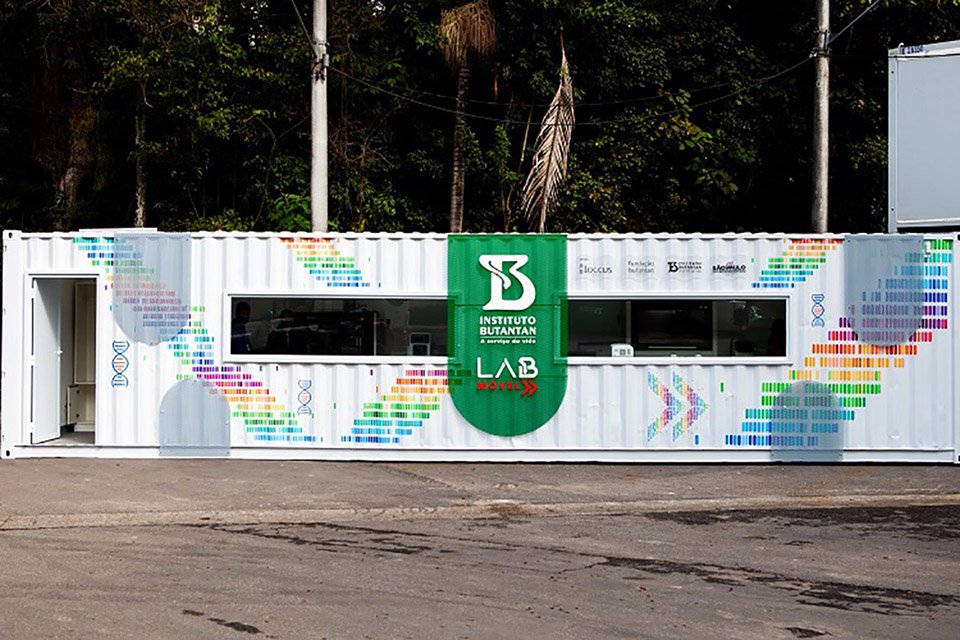 Launched two months ago, the Mobile Lab is an initiative of the Butantan Institute, linked to the government of the state of São Paulo, to speed up the testing process of suspected covid-19 cases in the interior of the state, and also to carry out the genomic sequencing of SARS -CoV-2, with a view to monitoring virus variants.

The facility is an adapted container over 12 meters long and almost 3 meters high. The vehicle has three genetic sequencers, centrifuge, sealer, refrigerator and freezer for sample storage, among other equipment. The total value of the investment was R$ 3 million.

According to the Butantan website, the laboratory has the capacity to process up to 3,000 RT-PCR exam samples per week, with diagnosis within 24 hours, counted from the moment the collections arrive at the Mobile Lab. The sequencing of positive cases can take three to six days. The total duration of the process, between testing and sequencing of variants, lasts between 10 and 12 days.

The city chosen to be the destination of the first visit of the Mobile Lab was Aparecida do Norte. According to the director of Instituto Butantan, Dimas Covas, the option for the city was due to its tourist potential and its large traffic flow, mainly from Rio de Janeiro. Municipalities that apply to receive the visit of the traveling laboratory are responsible for collecting samples at the UBSs and forwarding them to the container.

The Mobile Lab remained in Aparecida for three weeks, received 20 employees who performed 600 hours of work and delivered over a thousand tested samples in the period. The next stop was the city of Santos, where the laboratory arrived on August 30 and is expected to stay until September 10th. However, in order to assess a possible impact on variants after the September 7 holiday, the stay was extended until the 16th.

On September 20, Lab Móvel arrived in Piracicaba, a city chosen for its strategic location in the interior of São Paulo and also for its high level of positivity for covid-19 in the final weeks of September. As the city had 19% of the positive cases in the state, Butantan chose to carry out the sequencing of 100% of the positive samples, which confirmed community transmission of the Delta variant in the city.

Importance of the Mobile Lab in the diagnosis of covid-19

At the launch of the project, the director of the Scientific Development Center at Butantan, Sandra Coccuzzo, stated that the objective is to gain agility and assertiveness in order to understand which regions need more attention. For Dimas Covas, Lab Móvel offers the necessary instruments for the rapid identification of existing variants in the state of São Paulo and their epidemiological representation, for the adoption of preventive measures.

Another “attraction” offered by the mobile laboratory at Butantan is the possibility of closely following the researchers’ work inside, through the vehicle’s transparent structure, which allows the visualization of all the procedures carried out by the scientists. Functionality allows for greater interaction between the population and science.

The Mobile Lab visits represent the culmination of a work that began in April 2020, when the Butantan Institute brought together 29 laboratories in the state to work in a partnership to deliver covid-19 exam reports to patients within 72 hours. A year and a half later, more than 3.4 million diagnostic tests have been performed.