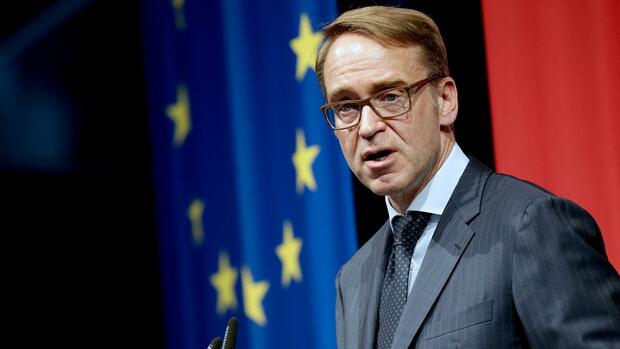 It starts with an appointment planned on September 16 with Weidmann.

Frankfurt It is common practice for ECB chief Christine Lagarde and her counterpart from the Fed, Jerome Powell. They regularly explain the monetary policy stance of their central banks before the European Parliament or the US Senate.

In future, Bundesbank President Jens Weidmann will also regularly explain the ECB’s monetary policy decisions to the Bundestag’s Finance Committee. The officials in charge of the parliamentary groups had agreed on this, the Spiegel reported.

The Bundesbank did not want to comment on the information, but said that it was generally willing to provide information to the Bundestag. Similar to the European Parliament’s monetary dialogue, in which ECB President Christine Lagarde appears on the Monetary Committee every three months, Weidmann should also answer the Finance Committee’s questions once a quarter.

The background to the decision is the judgment of the Federal Constitutional Court on the ECB’s bond purchases. The judges had declared them partially unconstitutional and demanded that the ECB better justify the proportionality of their bond purchases within three months.

The Bundestag and the federal government should push for more transparency. “We want to meet this obligation,” said CSU finance politician Hans Michelbach the mirror.

The format is unusual in that Weidmann has a different role than, for example, ECB President Christine Lagarde. Although he leads the German central bank, he has only a limited influence on the ECB’s monetary policy.

As the head of the national central bank, he is one of 25 members of the Governing Council who make monetary policy decisions. As an advocate of a rather tighter monetary policy, he has viewed some important ECB decisions critically in the past and has also publicly criticized them, such as the massive bond purchases.

Some colleagues at the central bank have therefore accused him of not sufficiently explaining the ECB’s position in Germany and contributing to the mistrust of many Germans towards the ECB. However, Weidmann has also protected the ECB against some attacks.

According to the Reuters news agency, the new conversation format will kick off on September 16, where an appointment with Weidmann was planned anyway. Last Wednesday, the Bundesbank President was already a guest at a meeting of the Europe Committee.

It dealt with the implementation of the constitutional court ruling on bond purchases. Weidmann emphasized that the Bundesbank cannot carry out the proportionality check itself, but can help MEPs to get the information.

The most likely variant is that the Governing Council approves and forwards documents to the Bundesbank, which then makes them available to the government and the Bundestag. In her press conference on June 4, ECB chief Christine Lagarde emphasized the role of the minutes of the meeting.

These protocols will be published anyway, but the ECB could provide additional background material for its decisions. Since the Bundestag will soon be on a summer break, the Bundesbank could send the ECB documents to the government as early as next week. This would ensure that the Bundestag can discuss this in its last week of session before the summer break.