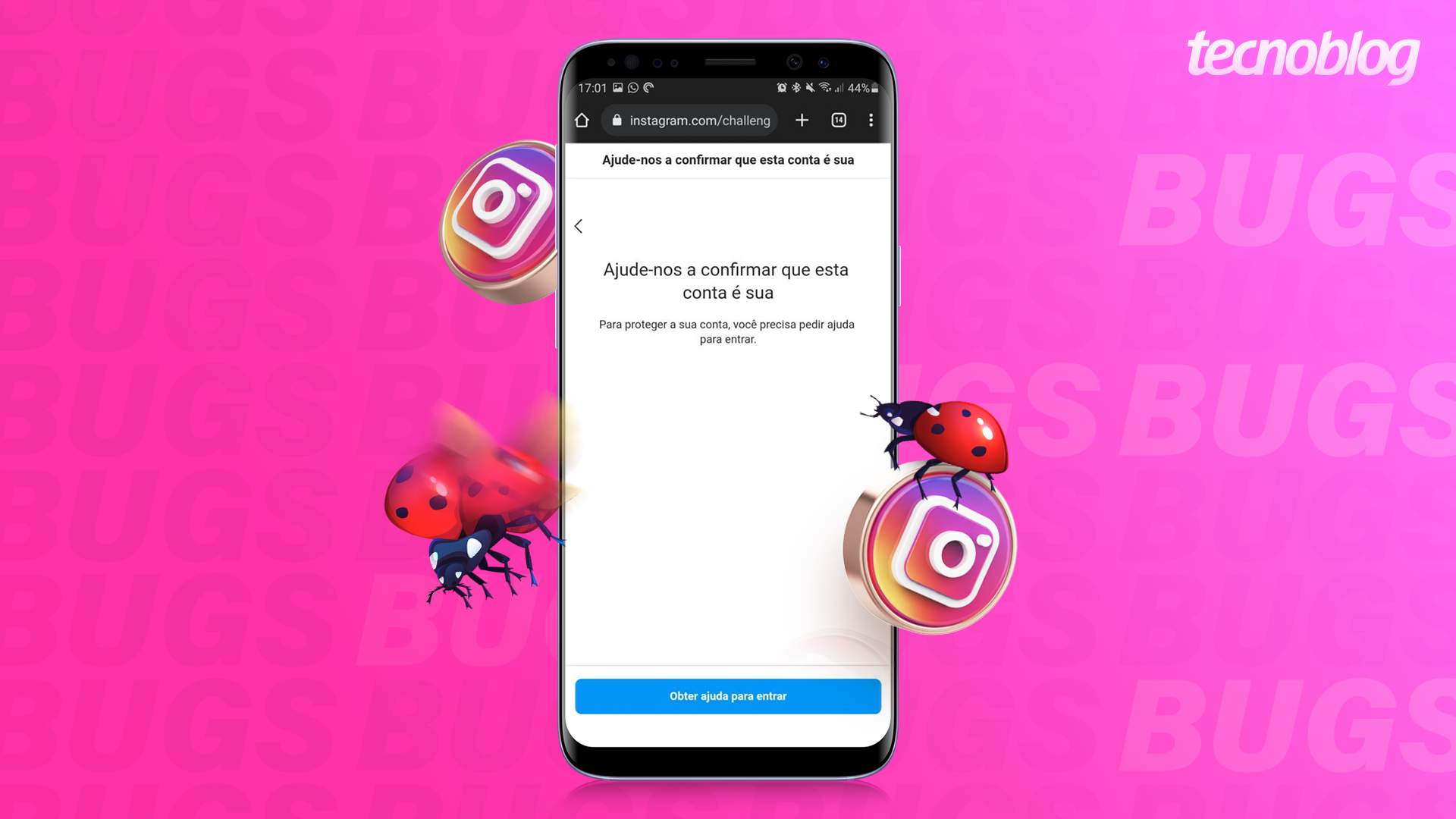 A failure in Instagram is making it difficult to access social media accounts. When logging in, some people are prevented from browsing the platform when they come across the “Help us confirm this account is yours” screen. The problem affects users from Brazil and other countries, and had already appeared in a bug two years ago.

The incident takes us back to 2019 when the same crash happened. Two years ago, users of the social network were prevented from accessing their account when they received the warning “help us confirm this account is yours”. At the time, Instagram acknowledged the problem and said it was working to resolve it. But apparently the bug came back.

Two cases were reported to the technoblog. On Sunday (9), a reader said that the problem was happening again and that there was no contact channel with the social network. We received another email on Monday (10) informing the difficulty: “it’s exactly the same bug that happened at the time”.

The error message appears when logging in. After entering the credentials, the user is taken to the “Help us confirm this account is yours” screen with the information that “to protect the account, you need to ask for help logging in”. But even after pressing the “Get help signing in” button, the user is unable to regain access.

“I’ve already changed the password more than ten times, I’ve tried to access it using the Facebook account, receiving a code via SMS and nothing, I always end up on this screen attached”, said one of the readers on Monday (10). “I’ve already tried it on my Android mobile app, Chrome browser and Windows.”

Complaints also surfaced on Twitter. Some of them even bring the 2019 hashtag to report the failure: #FixYourAppInstagram. “I’m trying to get into my Instagram but it’s in an eternal loop of ‘Help us confirm this account is yours’,” said one person on the 8th. “I’ve done everything and nothing works”.

“I’ve also been at it since the 7th, and the problem seems to be increasing because more people are complaining,” said one person on Sunday (9). “I saw that in 2019 this happened en masse”. Twitter brings several reports from Brazilians, but few talk about the reestablishment of access until this Thursday (13).

There are also complaints on Reclame Aqui. This Tuesday (11), a user from Fortaleza (CE) stated that he received the request to confirm that this account belongs to him. However, when choosing the option to send the authentication code, the social network presents an email and a phone that are not yours.

Another report appears on the same complaints platform. On the 6th, a person from Manaus (AM) reported that he came across the same request when accessing his account. “The button below the ‘Get help signing in’ message doesn’t help,” he reported. “There is no option to confirm my identity, email, phone or whatever.”

Failure is not restricted to Brazilian users

The cases are not limited to Brazilians only. On Tuesday (11), a person reported on Twitter that he has been without access to the profile for four days due to the same problem and used the hashtag #InstagramConfirmIdentityLoop. There was also another user who reported the same situation in response to the tweet. “It’s so frustrating,” he said.

The hashtag encompasses more complaints from people who face o pedido em inglês (“Help Us Confirm You Own This Account”). On Sunday (9), a user shared on Twitter a screenshot showing the same problem. Fortunately, three days later, she was able to re-establish access to her Instagram account.

“How did you do it? I’ve been trying for 4 days,” one person asked. “I kept trying to get back from time to time and suddenly the platform gave me the option to verify it was me”, replied the user who regained access to the profile.

Twitter encompasses other reports of re-establishing access in the insistence. “Keep trying to reset your password,” said one person on Monday (10). “It seems it has worked for everyone so far.” But unfortunately, not everyone has been so lucky.

“Many people get stuck in the ‘Help us confirm this account is yours’ loop after confirming our identity and changing our passwords multiple times,” one person said on Sunday. “Please fix this.”

THE technoblog contacted Instagram but received no response so far. The article will be updated in case of a response.