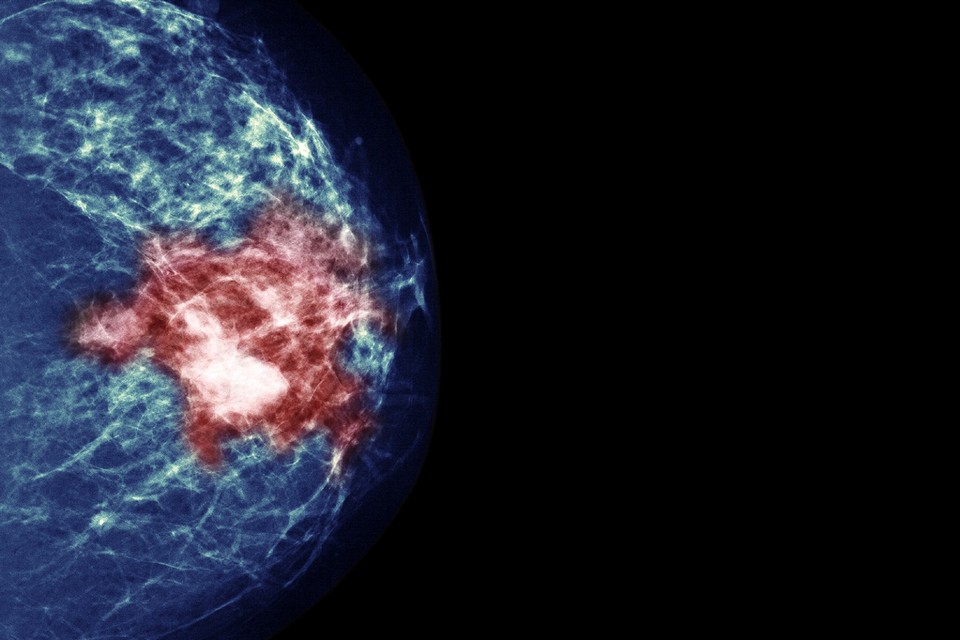 Breast cancer is the most lethal and common among those that affect women in the world: each year, two million women (and 200,000 men) develop the disease, killing at least 25% of its victims. Researchers at the Wyss Institute of Biologically Inspired Engineering, linked to Harvard University, have now announced that they have achieved 100% test efficiency in vivo of a vaccine for one of the most aggressive types of breast cancer.

The so-called triple-negative (15% of all identified breast cancer cases) is due to the absence of three hormone receptors. They are difficult to treat and, for the most aggressive, there are no specific treatments.

Breast cancer is one of the diseases that kills women the most in the world.Source: Health Management / Reproduction

If the disease is localized, mastectomy is recommended; if not, there are two treatments: chemotherapy and immunotherapy. While the first kills both cancerous and healthy cells and does not prevent tumor metastasis or the return of the disease (recurrence), the second, activating the immune system, often fails to eliminate the tumor (but, when it does, it prevents recurrence).

The researchers at the Wyss Institute combined the two treatments, taking the fight where the enemy is: a biomaterial, injected in the vicinity of the tumor, is the vehicle of a therapy with the power to kill cancer and prevent it from coming back.

“Immunotherapy attracts immune cells to the tumor, while chemotherapy produces fragments of dead cancer cells; the immune cells then collect them and use them to generate an effective and specific response against the tumor, “said researcher Hua Wang, lead author of the study now published in Nature Communications.

The process emerged in 2009 as promising therapy for various types of cancer in tests in vivo (it was explored in clinical trials, that is, with volunteers, in the treatment of melanoma).

In this formulation, cancer cell molecules (cancer-associated antigens, or TAAs) are inserted close to the tumor. When they are identified as foreign bodies by leukocytes (defense cells of the organism), an immune system response is triggered and directed against the tumor. 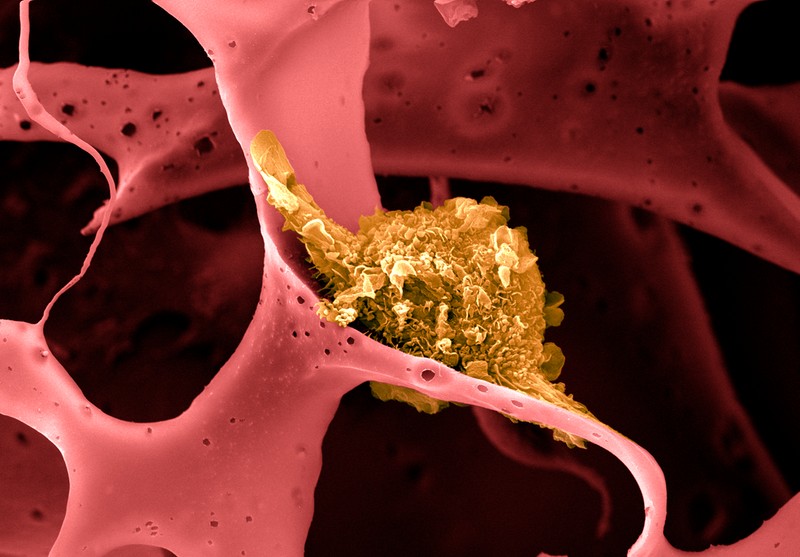 Lymphocytes (in yellow) use tumor antigens to trigger an immune system response against it.Source: Wyss Institute at Harvard University / Disclosure

The cancer cells used in this process can be isolated and replicated to obtain a personalized vaccine – the problem is that it is expensive and very time-consuming. “Today, we only have a very small library of known antigens for some specific tumor cell lines, and it is difficult to predict which one will trigger an effective immune response,” explained one of the study’s authors, biologist Alex Najib.

Using a biomolecule known to penetrate tumors (the RGD peptide), the researchers added two substances to it: one to stimulate the development and concentration of lymphocytes and the other, a drug used in chemotherapy.

TNBC tumors in the four mice that received the vaccine decreased, so the team added a third component: a synthetic bacterial DNA sequence to increase the immune response.

The tumors of the mice that received the vaccines grew much more slowly and the animals lived longer, compared to those that received incomplete treatment or were not vaccinated.

It remained to be seen whether the vaccine could prevent recurrence. After the tumors had been surgically removed, the mice received an injection of cancer cells and, surprisingly, all survived without metastasis, while the untreated mice succumbed to the disease.