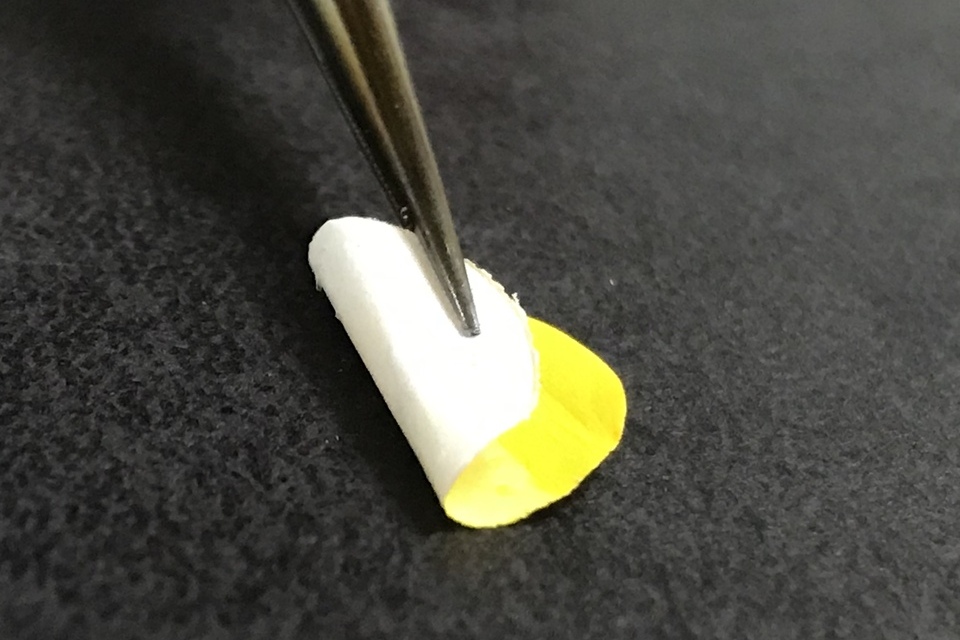 Scientists from Embrapa and other research institutions in São Carlos (SP) have created a nanotechnological dressing based on curcumin, a substance extracted from turmeric, which gradually releases compounds to treat wounds and prevents the entry of bacteria for up to ten days. From the joint effort, a new type of material emerged that goes beyond the health area and can even be used by the food industry.

Curcumin is known for its bactericidal, antioxidant and anti-inflammatory properties, but its application is limited as it is poorly soluble and easily degraded in the presence of light. Embrapa’s research managed to overcome these barriers with the creation of a nanomaterial based on bilayer polymeric membranes, composed of electrospinned fibers of lactic acid and natural rubber.

Complicated? Calm down, we’ll explain. The result is a thin yellow mat like turmeric, which can protect injuries from external actions, such as exposure to sunlight and contamination by microorganisms. This is due to the fiber bilayer that protects the turmeric compound. In laboratory tests, the dressing prevented the penetration of bacteria such as Staphylococcus aureus, common in skin infections, for ten days.

With these properties, the multifunctional dressing can become a great ally in the treatment of burns and ulcers in the near future. The patent application has already been filed with the National Institute of Industrial Property (INPI) and now the entity is looking for partners to develop tests in vivo and the product on a large scale.

How the research was done

The study brought together two areas of knowledge, materials and biotechnology. In addition to experiments on a laboratory scale to manufacture the asymmetric membranes that make up the dressings, the researchers also carried out “in vitro” tests to prove the release of curcumin.

The tests ensured the photoprotection (protection against the action of light) of curcumin, used as a model for a photosensitive bioactive compound encapsulated in nanofibers. It was protected against the entry of external bacteria through the asymmetric membranes formed by the nanofibers.

The research was carried out within the scope of the National Network of Nanotechnology for Agribusiness (AgroNano Network) and supervised by the researcher from Embrapa Instrumentação (SP) Daniel Souza Corrêa. The team brought together researchers from the Federal University of São Carlos (UFSCar), the National Laboratory of Nanotechnology for Agribusiness (LNNA) of São Carlos (SP) and researchers from the São Carlos Institute of Physics of the University of São Paulo (IFSC-USP) . 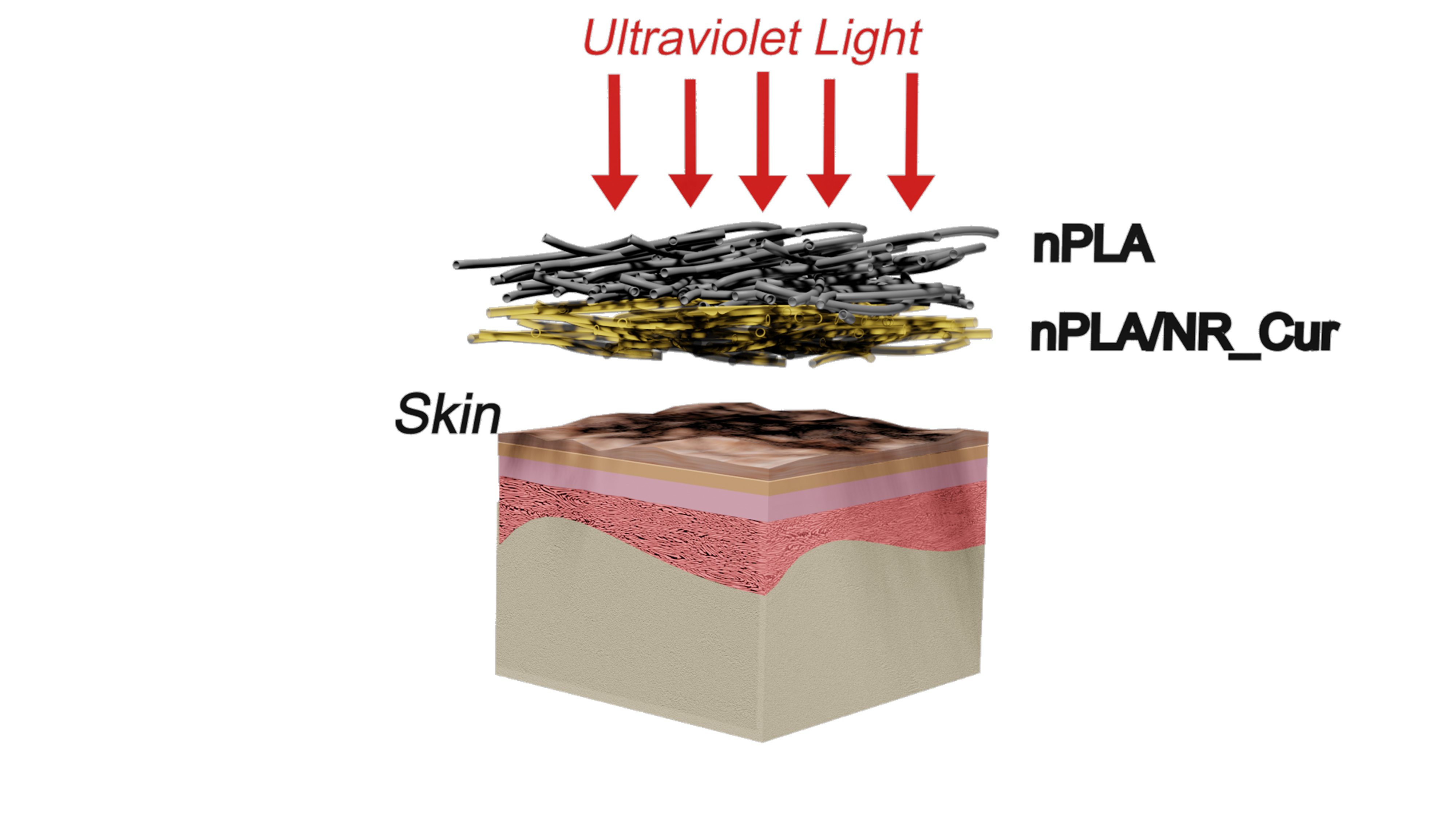 Illustration of the bandage in contact with the skin.Source:  Embrapa/reproduction

For Corrêa, dressings that use natural products must function not only as a physical barrier against microorganisms present in the environment. “They also have the function of preventing wound infection, maintaining a suitable moist environment, allowing gas exchange and the transport of nutrients, minimizing the pain suffered by the patient, as well as stimulating the healing process”, detailed in a statement from the entity .

But the researcher recalled that, even with the great advances in recent years, the development of wound dressings with multifunctional properties, including anti-inflammatory, antibacterial and angiogenic action (generation of new blood vessels), as proposed in the research, still presents challenges to be overcome.

Researcher Paulo Augusto Marques Chagas was the one who developed the study on the skin dressing to obtain a doctoral degree. He explained that the choice of polymers used in the dressing was made according to their application, mechanical, thermal and biological properties. The team used latex extracted from the rubber tree due to its physical properties, biocompatibility, absence of toxicity, angiogenesis induction and tissue repair.

The other compound used was PLA, a semi-crystalline, biocompatible and biodegradable biopolymer that has different applications, such as use in food packaging, air filters and controlled drug release. PLA is derived from the fermentation of renewable sources, such as corn starch, sugarcane and potato, which allows its production on a large scale. It is considered a substitute for polymers that come from non-renewable sources.

Chagas states that, based on the study carried out, new processes can be carried out to obtain fibers with smaller diameters. According to him, new materials can be encapsulated in the polymer matrix, aiming at different properties.

“The antioxidant potential of asymmetric membranes developed [no projeto] it can also be investigated for application as food packaging, mainly because it presents photoprotection to both curcumin and packaged food”, he concludes.