The prestigious scientific journal Nature released this Wednesday (15) the list of people who most impacted science in the year 2021. Among those cited is the Brazilian Tulio de Oliveira, one of those responsible for discovering the coronavirus strain that would come to be known as the omicron variant.

The list, which seeks to identify some of those involved behind the main “advances and controversies” that marked science this year, highlights the Brazilian’s contribution to having participated in the discovery of the variant that was quickly classified by the World Health Organization as a variant of concern.

The Brazilian lives in South Africa and runs the Krisp laboratory, linked to the University of KwaZulu-Natal, where he also participated in the discovery of another strain of the coronavirus last year: the Beta variant. The magazine also says that the work of the scientist and his team was able to inspire new policies to control the pandemic in the African country, citing as an example a mapping done by the laboratory that helped in the creation of a new contagion control program within hospitals . 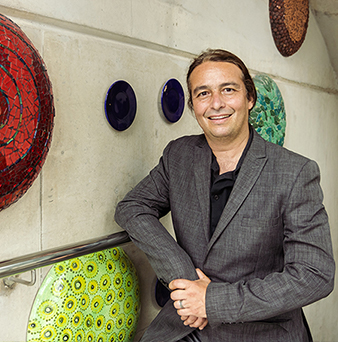 In addition to the laboratory, Oliveira directs the Center for Epidemic Response and Innovation (CERI), also in South Africa, which conducts research to control epidemics in Africa and across the global South. THE Nature mentions that CERI will house the largest genetic sequencing center in the entire African continent, something Oliveira says is an achievement that shows the world that this research “can also be carried out in developing countries.”

The list is drawn up by the magazine’s editors when they identify people who helped make important discoveries or brought attention to the most important scientific themes of the year, according to Nature.

Some of the other highlights are Timnit Gebru, a researcher who founded an institute to study how Artificial Intelligence can be developed ethically and who denounced how technology reproduces racial prejudices; and Zhang Rongqiao, engineer who commanded the mission that made China the second country to land a rover on Mars.

Check out the other seven names on the list, which do not have a sort order:

The magazine also released the three names that could impact science in 2022. Chikwe Ihekweazu, epidemiologist chosen by the WHO to head the Center for Pandemic and Epidemic Intelligence; Jane Rigby, astrophysics that will command the telescope’s operations James Webb; e Love Dalén, a geneticist who sequenced the oldest DNA on record, which is 1.65 million years old and once belonged to a mammoth.