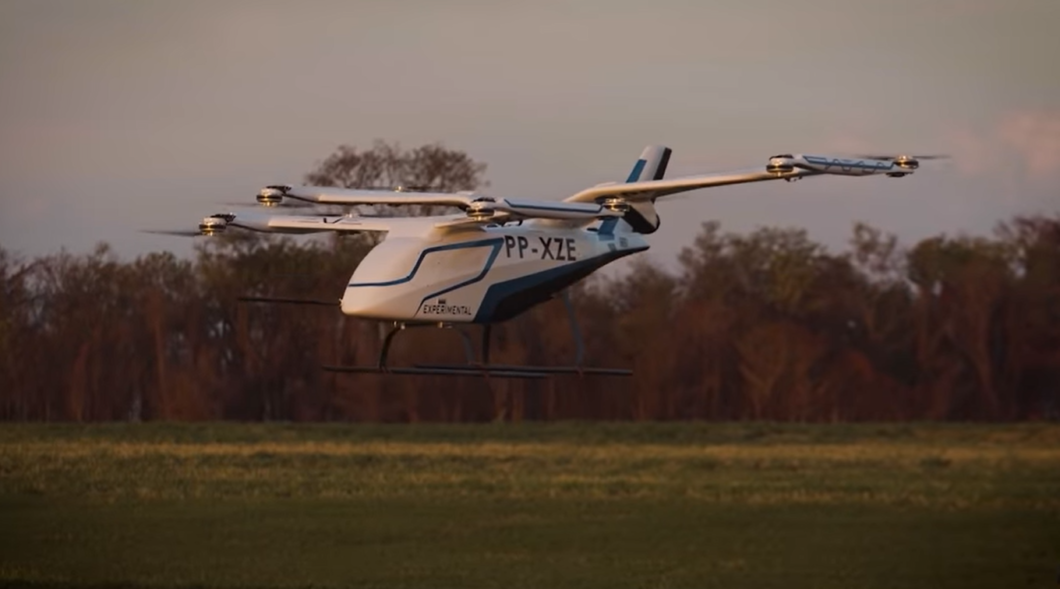 A survey concluded that Brazil is the least prepared country among 24 others to implement air taxi. The study, carried out by the consultancy KPMG, determined that the Brazilian population, laws and politics are not ready to adopt the technology, which has led Brazil to be in a lower position than Saudi Arabia and Russia. It is a direct contrast to Embraer, a world reference and has orders for electric-powered vertical take-off and landing (VTOL) vehicles.

The KPMG survey evaluated scenarios from 25 countries in preparation for receiving air taxis. The evaluation consists of four pillars considered essential to the process: consumer acceptance; infrastructure; policy and legislation; technology and inovation. These four criteria are divided into sub-items whose maximum score is 1. The total amount of points to be obtained in the study is 34.

Brazil ranked last on the list with 8.78 points, behind countries like India, Poland, Russia and Saudi Arabia. The United States is, according to the index, the most prepared nation to implement air taxi technology, with a score of 26.11. In second place is Singapore (21.88), followed by the Netherlands (21.78), the United Kingdom (20.41) and Australia (20.13).

By highlighting the first pillar, consumer acceptance, Brazil has the population least willing to accept air taxis. The country scored 0.0 in three categories: digital skills; use of VTOL technologies among civilians; and market innovation capacity. On the other hand, the volume of air traffic per capita scored 0.93, close to the maximum value.

In legislation and politics, the country is also the worst on the list. Brazil failed to score in two sub-items: preparation of the federal government for change; and future government guidance. What raised the average points obtained in this pillar was the regulation of drones, in which Brazil obtained the same number of points as the US — 0.71.

When it comes to infrastructure to accept air taxis, Brazil outperforms Ireland, Russia and Spain in points. In terms of technology and innovation, the country has the second worst score, just ahead of India.

“Air taxis will revolutionize urban mobility, but some countries are more ready than others for this”, explains Márcio Peppe, lead partner for Aviation at KPMG in Brazil. The executive added:

“One of the main challenges for aviation companies today is adapting to the trends that could shape the next decade. Technologies such as Artificial Intelligence, big data, the Internet of Things, electric propulsion, as well as factors such as synthetic and hydrogen fuels, are set to forever transform operations and businesses in this sector.”

Embraer is a world reference in air taxis

The air taxi market is set to expand in the coming decades as the world’s major urban centers look for eco-friendly and efficient alternatives to everyday traffic. The bank Morgan Stanley estimates that the VTOL sector should move US$ 1 trillion – something like R$ 5.6 trillion – by 2040.

KPMG comments in the survey that the sector comes from a moment of “gold rush” on the part of investors. Many companies expect to introduce the first air taxi models within the next three years.

Embraer has its own electric-powered VTOL model from Eve Mobility Air Solutions, an arm of the Brazilian company. The startup already has at least three agreements to supply aircraft to Halo, which operates in the US and UK, and Helisul, from Brazil.

Eve got another partnership in December: an order for 60 eVTOLs for Australia’s Sydney Seaplanes.

Despite Embraer being one of the references in the world market for the production of air taxis, KMPG warns that investing in the Brazilian market will only have a long-term financial return. “Investors should look carefully and apprehensively at the preparation of target markets, and not just think about their size,” says the consultancy.