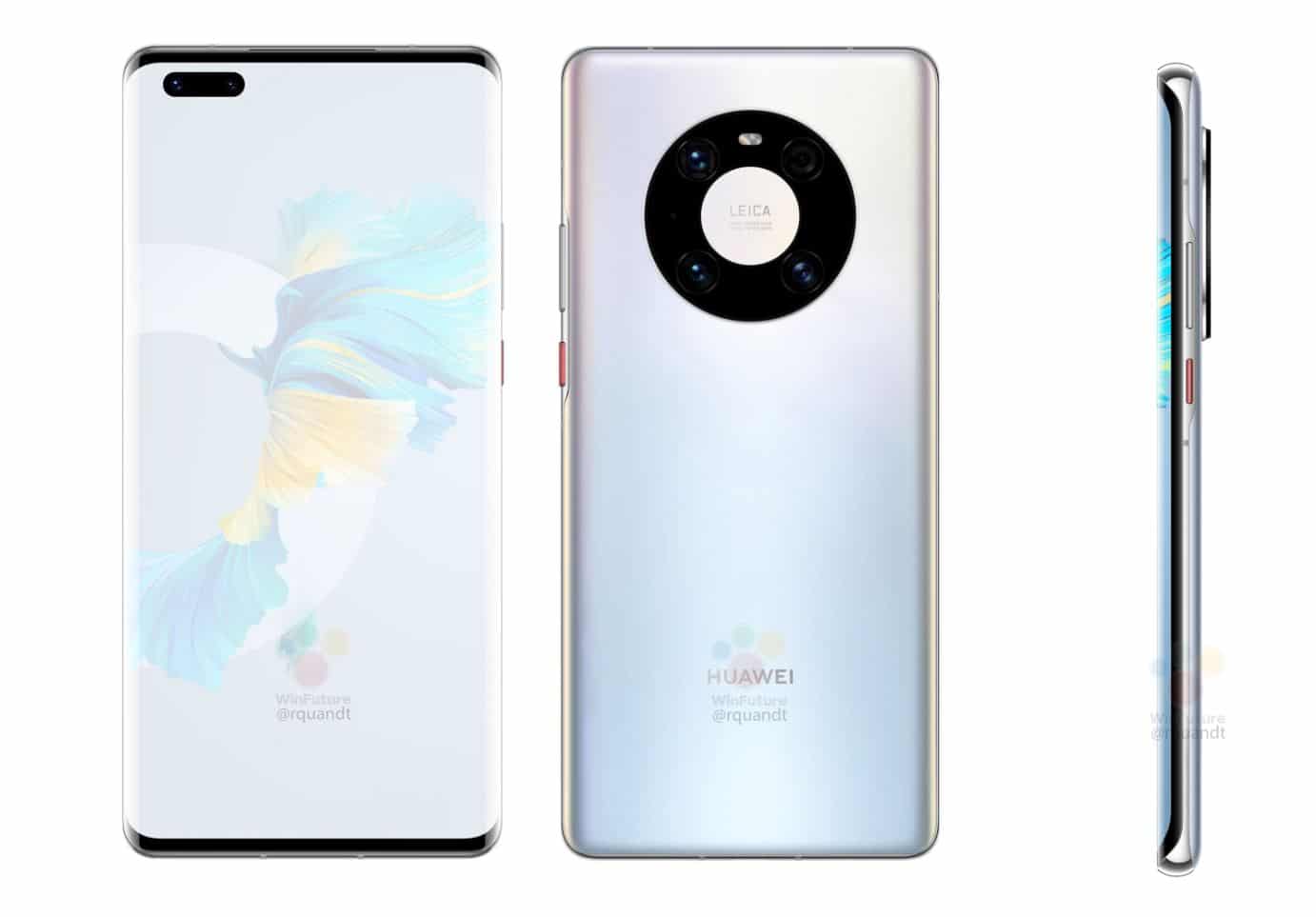 The Mate 40 Pro will be Huawei’s next high-end terminal. While officialization is expected in a few days, a leak already gives us all the information about the smartphone. Screen, processor, camera, we will be faced with a product that focuses on performance… but which will always lack Google’s services.

Huawei will very soon present its new ultra high-end smartphone: the Mate 40 Pro. We all know the difficulties the brand is currently facing, but that does not prevent it from continuing to bet on the European market with its eternal ranges. Today, the German site WinFuture gives us all the details of the terminal in preview. As expected, the Mate 40 Pro will be a concentrate of technology.

The Mate line has always brought large screens to the user and this Mate 40 is no exception. It is indeed equipped 6.76-inch OLED panel with a definition of 2772 x 1344 pixels. The screen-to-front ratio promises to be high, since the display is curved on the sides. For the moment, we do not know if the refresh rate will be limited to 60 Hz or if Huawei will offer us a panel at 120 Hertz. For a top of the range, this possibility would make sense. Finally, the fingerprint sensor would be well located under the panel and the front AFN would take the form of a long punch at the top left.

The Mate 40 will be equipped a Kirin 9000 processor. It will be one of the last Huawei to offer an SoC manufactured in partnership with TSMC, which will cease activities with the Chinese manufacturer under pressure from the United States. Engraved in 5 nm, the Kirin 9000 is a processor composed of 8 cores (4 ARM Cortex-A55 cores and four ARM Cortex-A77). It will be accompanied by a Mali G-78 graphics chip and would be 5G compatible. This processor would be supported by 8 GB of RAM and 256 GB of memory. A version with 12 GB of RAM is also expected in China.

Huawei wants to remain the king of photography

Huawei has undoubtedly been the king of smartphone photography for several years. A title that the company wants to keep with its Mate 40. It will be equipped with three sensors in a circle-shaped module on the back of the phone. Still designed in cooperation with Leica, the photo section offers a 50 megapixel sensor (f / 1.9), a 20-megapixel wide-angle sensor (f / 1.8) and a 12-megapixel telefoto camera (f / 3.4).

The Mate 40 would dramatically improve focusing with laser autofocus and would be able to film in 8K, as is already the case with the Samsung Galaxy S20. The optical zoom would be x5. As for the front camera, Huawei will offer a 13 megapixel sensor with a 3D sensor capable of recognizing gestures, in the same way as the Soli sensor on the Pixel 4

A not so huge battery

The Mate 40’s battery is said to have a capacity of 4400 mAh, which is adequate for this kind of smartphone, but not huge either. Huawei would bet instead on 65 watt fast charge, the same power as the last OnePlus 8T. With such a voltage, it is possible to charge your phone to 100% in three quarters of an hour. Wireless charging would also be there.

Finally, it should be noted that the telephone would run fine under Android 10, perhaps one of the last before switching to Harmony OS. While Google’s OS will be present, its software suite still won’t. No PlayStore, Drive or Google Maps, for example. A big handicap compared to the competition, even if Huawei is trying to compensate with its AppGallery.

All that remains is to wait for the official presentation to confirm the characteristics of the phone. It is scheduled for October 22, Thursday.