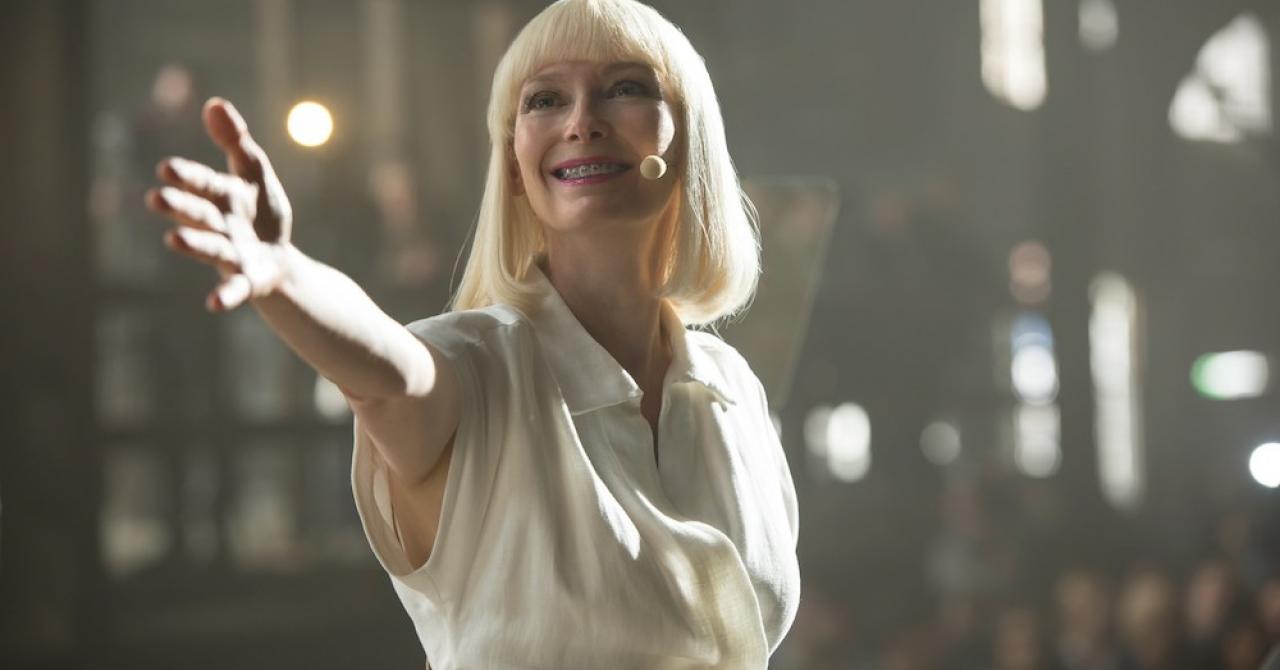 Meeting with the South Korean filmmaker.

Bong Joon ho, pretty Aramis mustache, received at the Carlton his French fan club, just recovered from the roller coaster emotions of his first Cannes competition in May 2017.

How did the official day of Okja ?
I mostly slept a lot!

Not in front of the film?
No, because of the jet lag, and the fallout from stress. That’s it, it’s good, the film was shown, we saw it all together with the actors. I could clear my head. And I had a good big nap.

Do you feel that your career is following a straight, or more chaotic, progression?
I’m not obsessed with repeating repeating patterns from one movie to another, if that’s what you mean. I’m not trying to sign. But I don’t have a reverse obsession either, it’s not about being different at all costs. I start from an idea, an image, a story that I like. And I go headlong.

Does each film necessarily have to be larger than the previous one?
Not necessarily, no. Mother was less than The host. Okja is by far my biggest project so far, but the next one, which is called Parasite, will really be a very small film, closer to Memories of Murder or Mother, at least by its scale. The last two, Snowpiercer and Okja, I could feel the weight of their excess. The next two or three will be more contained. Otherwise, I will leave my skin there.

There are two Bong Joon ho, the one who films under a magnifying glass and the one who sees everything in a big show. Is it possible to bring them together?
Anyway, that’s the goal. It is true that Mother or Shaking tokyo (his sketch in the collective film Tokyo) are as seen through a microscope. I would like my camera to be able both to record microorganisms and to embrace the galaxy, to reunite the two scales under a single glance, in a single film. Um … easier said than done.

Satire is a building block of your style…
Satire is the weakest’s weapon. My films are populated with dominated, socially disparaged people. When I take their point of view, satire stands out as the only possible weapon, that which stabs the men and women of power, authority. Finally, if it was a real dagger, I would be in jail by now … But in the cinema, it is like a saber which allows me to slice my bacon. This is one of the privileges of the director.

The film is crossed by very brutal breaks in tone.
You mean he’s messy?

No, but that it goes very far in very different registers: emotion, action, political caricature, up to the use of concentration camp imagery to get your message across …
So yes. It was the goal. Make a garish, almost deafening film. What guided me was the howling of the pig. “GROUIIIII !!!!!! Even the music I chose goes in this direction, this sort of super aggressive fanfare. I wanted the film to be like a swarming pig right next to your eardrum.

According to U.S, Totoro, Babe 2, CJ7 by Stephen Chow are possible cousins ​​of your film. Which of these comparisons seems to you the most accurate?
Babe 2, and by far ! If you see a kinship, it’s a great honor for me. I love George Miller and this film in particular. People know the first better, but 2 is a crazy movie, incredibly underrated. Besides, my first assistant P.J Voeten is Miller’s first assistant. On almost all of his films, including Babe 2 and Mad Max: Fury Road !

You said at a press conference that you had “total freedom” over this film. Is it only a good thing?
No, it’s totally scary. When you have control, you have no excuses, no way to hide. All responsibility rests with the director. But beware, they were very involved, as was Plan B (Brad Pitt’s company). They worked like crazy, made lots of comments, but always in order to support me in my ideas and my vision, since I had the final cut. There is a bit of vertigo when the artistic decision is yours and yours alone. Freedom is always a burden.

After two global cinema projects, the end of Okja suggests that you need to go back to your mountains to relax. Did we understand the idea?
Oh yes. There, yes, I think it’s time for me to go home.

Okja was presented in competition at the Cannes Film Festival. It is available in France on Netflix.