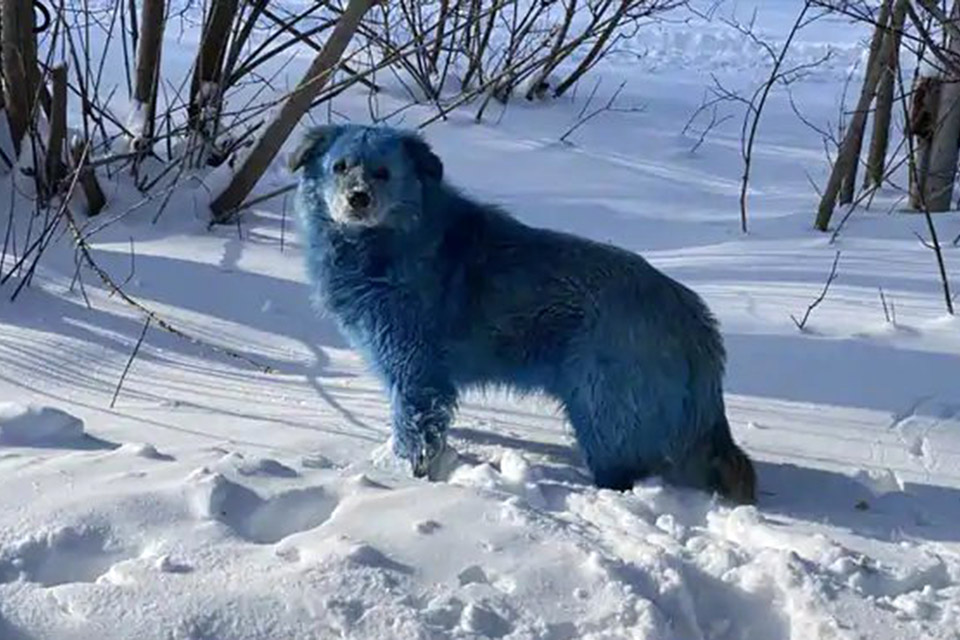 Photos of strange blue-haired stray dogs were posted on the main Russian social network and drew the attention of activists and authorities, concerned about the origin of the phenomenon. The images were captured on the streets of the Russian city of Dzerzhinsk, near a former chemical plant, according to the magazine Newsweek.

The unusual color of the dogs and the proximity to an abandoned factory raised the possibility that the animals may be suffering some type of skin irritation or even internal bleeding as a result of exposure to toxic chemicals, according to the Humane Society International.

Members of this organization, which is the largest animal protection agency on the planet, have asked city officials in Russia to implement sterilization and vaccination programs that protect street dogs from threats like this.

They found some striking blue dogs in Russia, in the city of Dzerzhinsk an event occurred that puzzled more than one, they found a herd of dogs that aroused their astonishment, since they all had blue fur. pic.twitter.com/wu1GaAqUV9

The chemicals that may have colored dogs

The analysis of the images, which went viral, allowed a more detailed assessment of the celestial shade of blue impregnated in the dogs’ fur, leading some experts to raise suspicions of a possible exposure of these animals to copper sulfate that could be present in the old industry chemistry.

The Russian newspaper The Moscow Times informed that the abandoned factory produced acrylic and hydrocyanic acid, which is hydrogen cyanide dissolved in water. Cyanides are extremely poisonous to living beings in general, especially humans, who, exposed to the substance, can die from suffocation.

If the thesis prevails that the tincture is copper sulfate, the news is also not good for dogs, as this bright blue inorganic compound, normally used in swimming pools, can be toxic in high concentrations, in addition to functioning as a fungicide in crops and gardens.

For the vice president of the Humane Society International, Kelly O’Meara, whatever the exact cause of the dogs’ blue coat, the paint “indicates that they had direct contact or even ingested potentially toxic or harmful substances,” he told the Newsweek, which could result in burning, painful itching or bleeding, which can lead to death without veterinary intervention, he concluded.

What does the chemical industry say?

The state news agency Sputnik got in touch with Andrey Milivets, the bankruptcy manager at the chemical plant considered responsible for the leak of the substance that colored the dogs. The official revealed that a similar event occurred several years ago with street dogs.

He confirmed that, at the time, the animals were actually exposed to industrial chemicals. Milivets says that, finding remains of some compounds, which “was possibly copper sulfate”, the dogs rolled on them. “Nobody controls them,” said the official.

The situation of the “blue dogs” 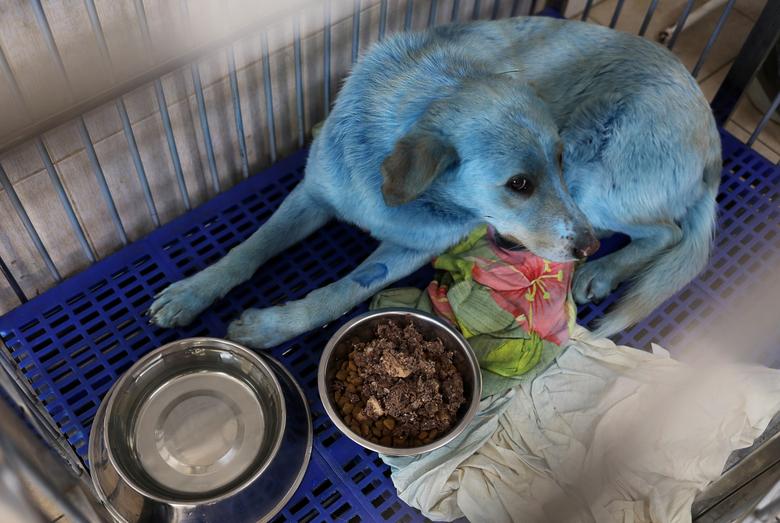 A spokesman for the Russian government said the country’s authorities will sue the former owners of the closed chemical facility, determining that all animals be captured and the causes of blue hair color properly investigated so that the dogs receive proper treatment. .

The good news is that part of the so-called “blue dogs” has already been found and, according to preliminary analyzes, their health condition is good. Taken to a shelter in the nearby city of Nizhny Novogrod, they are receiving care and two of them have already been adopted, according to the agency Reuters.