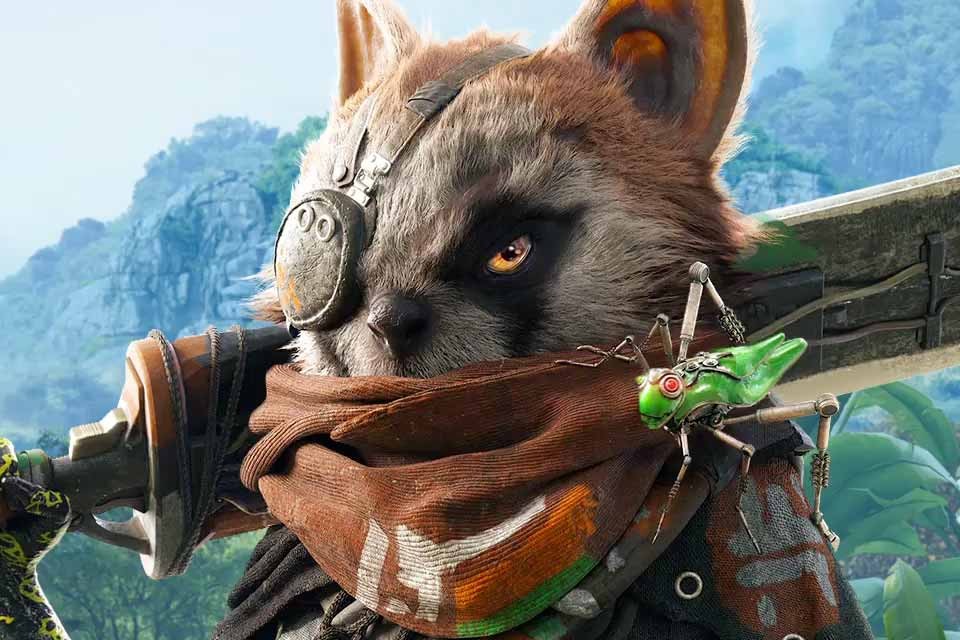 Biomutant it took a long journey to finally reach our homes. Developed by a team of just 20 people, the game was revealed to the public in 2017 and has been present at several video game fairs since then, drawing attention for its different premise and the caliber of its developers, responsible for the series Just Cause.

Despite being the debut game of the Swedish studio Experiment 101, many players were left with high expectations around its launch due to the involvement of former Avalanche Studios employees and the ambitious focus of the adventure. Biomutant it brings an open world journey full of ramifications in the narrative, as well as deeply integrated RPG and action systems, but its high ambition has not been achieved. Want to better understand what went wrong? Then check out the full review below!

A world full of wasted potential

Biomutant it stars anthropomorphic animals that, through a series of mutations, not only manage to talk to each other, but also carry firearms, learn martial arts, organize small businesses and develop large machines and cities. At first glance, its post-apocalyptic universe seems quite captivating, and the plot with an environmental message is a hook good enough to play the story ahead.

Here, despite all the dangers that still exist on the planet full of radioactive zones, the Tree of Life continues to bless local creatures. However, its roots are under threat, and it is necessary to choose the best way to face the challenges and save it from misfortune. The problem is that the different tribes of the world have a different view on how to deal with this, which generates even more confrontations.

In addition to the world of Biomutant being open, the player is also free to choose not only the order in which he intends to face the missions, but also the way to face the problems, since there is an active system of morality working at all times during his conversations and branched narrative. Building an open world that can be approached in the order desired by the player is intrinsically challenging and, in many ways, the developer was not so successful in this daring endeavor.

The biggest problem with Biomutant is how empty they are. No matter how you intend to view your navigation, the different biomes simply do not deliver enough attractions along the way to reward exploration. With such a vast map, the potential waste and how poorly connected the areas were is even more striking. Walking on the open plains is tedious, and trying to climb rock formations is a nightmare thanks to inaccurate controls.

In addition to a much more complex world than the studio had the capacity to fit, Biomutant it also struggles to cope with its various RPG mechanics. In a first contact, everything also looks wonderful here: you create your own protagonist rodent choosing from several basic appearances, choosing from the size of the ears to the color of the coat, going through basic ideas of build attributes.

You can choose whether your hero will be better able to fight in short or long distance, have a lot of brute force or be more dedicated to elemental attacks. Among the elements, it is still possible to dedicate points to make it more fit and resistant to certain topics, such as fire, ice and radiation. It seems like a full plate for lovers of the genre, especially since you can continue to shape these assignments throughout the campaign.

But what does it matter when the powers are all so dull to use? Most of the enemies of Biomutant they are walking bullet sponges, and no matter what type of attack you use, your offensives never seem to have any impact. Combat lacking politeness and, even if you activate the aim lock, most of the time you just hope that your attacks take the right direction and cause the desired effect.

As you reach your goals and level up, you can spend more points improving your points of charisma, vitality, strength, intellect, agility and luck, but I felt as powerful in the first hour of the game as in the twentieth, despite how many improvements I applied and how much equipment I got. After all, fights are so tedious that it hardly matters how well prepared your character is, and the entire loot collection is virtually irrelevant.

There are even more ramifications at work in the game’s moral systems. As we mentioned, everything you say and do matters, and this is reflected in an internal system of karma. Do good deeds and you will be able to use more powers associated with the light. Be more revolted and rebellious, and the forces of the shadows will be your allies. You don’t need to focus on one side and you can add points to both at the same time, but that ends up taking the focus off the system.

What works a little better is when your actions have direct consequences. For example, one of the main missions of Biomutant is to deal with a great war between tribes. Right away, you need to choose which one to ally with, but you can change sides if you disagree with your methods. By subduing the rival leader, you can still choose whether to arrest him or offer an alliance to increase your strength.

It was a good surprise when, after dominating two tribes, a proposal for surrender was offered by all the other tribes of Biomutant at once, which greatly shortened the work. Seeing the glass as half full, that was good because the system worked well and rewarded my choices with a clear and rewarding reward. But seeing the glass as half empty, most of my joy was due to the fact that I no longer had to deal with the boring and repetitive invasions of strong enemies.

Each base usually consists of facing off against small hordes of enemies, a busier henchman, or sometimes setting out on a journey to collect an item elsewhere on the map. None of these challenges is good enough to be worth a visit to the forts, and it says a lot about how boring it is to explore the game map, as the forts should be one of the main attractions because of the way the open world full of voids was structured. .

Lack of politeness in everything

It is complicated to weigh your hand too much in these aspects of the game, as, as mentioned, the development team was quite small. However, as the producer decided to charge full price for this launch, it is essential to have a sense of what awaits you here. Biomutant it is very, very far from the high standard of technical quality seen in the main games on the market, failing even in its most basic ambitions.

The dialogues between characters, for example, are torture in their own right. Every time you find someone to talk to – which happens very often and usually lasts a long time – the animals babble in their unintelligible language for a second or two until a narrator begins to translate what has been said. This is cute on the first two or three occasions, but it soon reveals martyrdom thanks to exacerbated repetition. This is especially sad considering that the same narrator was responsible for recording dozens of hours of dialogue.

There are other annoyances that further tarnish the experience, such as textures that carry wrong and a terrible blur effect that is used frequently in the background scenarios in order to direct the focus to the elements that are further in front of the screen. In addition, there are practically no ambient music except for one or another more minimalist melody that – surprise! -, it also becomes repetitive after a few hours of play.

To make matters worse, Biomutant it is full of bugs in its collision system, which is especially clear in the rare boss battles. Both your hits and theirs are with the hitboxes well out of calibration, and the problems are even more aggravated when the game tries to apply its good ideas in such an inaccurate system.

One of the bosses has weak points behind each of his paws, and you need to aim and shoot at them while riding on another animal and evading your shots, in a long and inaccurate shootout. Another boss, even more creative, even swallows the protagonist during the fight, and the game changes the environment to create a “small phase” inside the big boss’s stomach, having to climb inside his body to escape, all with controls and terrible camera.

And what about the puzzles? Quite infrequently, Biomutant it offers small challenges to interact with the scenario in order to unlock new paths, fulfill side missions or earn points for improvements. They consist of manipulating a system of lights by turning three keys to the left or right to connect the circuits, or by turning the lights on and off in pairs until they are all the same color. Even the challenges of the holiday almanacs of Monica’s Gang offer a more exciting challenge than that!

Thereby, Biomutant irritates the player’s senses at all times. Whether it’s the visual hurting your eyes, the music (or lack of it) tormenting your ears, and the inaccurate controls making you question your touch, all the various good ideas in the game end up being buried by an extremely problematic product. And there is no patch for improvements that can solve so many inconveniences and clear design errors …

It’s sad to see how disappointing Biomutant ended up revealing itself, as it is evident the amount of good ideas and passion that the small development team tried to apply to the project. Still, there is no love that can mitigate the lack of ubiquitous politeness in all systems of the game. Rather than trying to be a vast open world with deep systems of RPG and action, perhaps Biomutant should have looked a little lower and focused on an ambition more consistent with the team’s budget and structure. As it stands, it is one of the worst releases of the year.

Biomutant tries to do many things, but stumbles on all of them. A sad example of wasted potential.