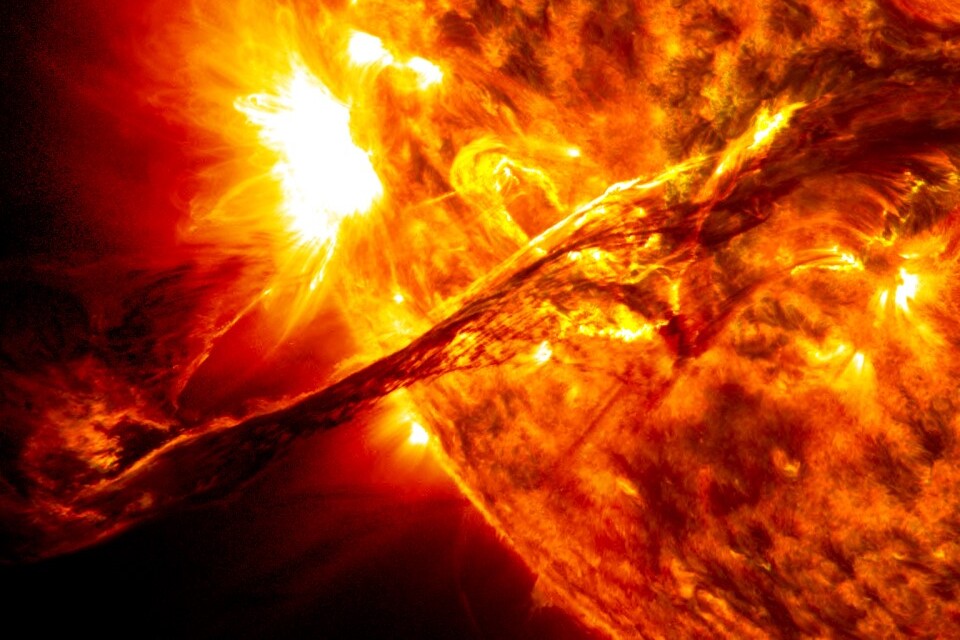 Scientists have warned for years, an extreme solar storm — or coronal mass ejection (high-temperature ionized gas eruption from the solar corona) — could damage Earth’s electrical grids and potentially cause prolonged power outages. The impact of this solar emission could be fatal to Internet infrastructure, especially for intercontinental submarine cables.

The new research that brought the alert was presented at the SIGCOMM 2021 conference last week. Sangeetha Abdu Jyothi of the University of California (United States) exhibited an examination of the damage a fast-moving cloud of magnetized solar particles could do to the Internet. With a severe solar storm, even if power returns within hours or days, mass Internet outages would persist.

The scientist said, in an interview on the magazine’s website Wired, that local and regional internet infrastructure would be at low risk of damage as fiber optics are unaffected by geomagnetic induced currents and cables are regularly grounded. The problem is the long undersea cables that connect continents: a solar storm that disrupts several of these cables could cause a massive loss of connectivity.

According to the researcher, the storm could “cut countries at the source”, even if it left the local infrastructure intact. She recalled that, with the pandemic, we saw how the world was unprepared, with no protocol to effectively deal with a global problem. “And it’s the same with the resilience of the Internet,” he said. He added, “Our infrastructure is not ready for a large-scale solar event. We have a very limited understanding of what the extent of the damage would be.”

Severe solar storms are so rare that there are only three examples in recent history. Major events in 1859 and 1921 demonstrated that geomagnetic disturbances can disrupt electrical infrastructure and communication lines. During the “Carrington Event” of 1859, compasses went out of control and the aurora borealis was visible at the equator in Colombia.

In 1989, a geomagnetic disturbance caused a nine-hour blackout in northeastern Canada — also before modern internet infrastructure. After three decades of low solar storm activity, Abdu Jyothi and other researchers believe the likelihood of another incident is increasing.

Why is the internet in danger?

To transmit data across oceans, intercontinental cables are equipped with repeaters at intervals of approximately 50 to 150 kilometers. These devices amplify the optical signal, ensuring that nothing gets lost along the way. Although fiber optic cable is not directly vulnerable to interruptions by geomagnetic induced currents, the electronic components of the repeaters are. And constant repeater failure renders an entire submarine cable inoperable.

Undersea cables are grounded only at extended intervals, separated by hundreds or thousands of kilometers, leaving components vulnerable and exposed to geomagnetic induced currents. On top of that, a large solar storm can also knock out any equipment that orbits the Earth and enables services such as satellite internet and global positioning.

Coronal mass ejections tend to have more impact at higher latitudes, near the Earth’s magnetic poles. Asia, for example, faces fewer risks because Singapore acts as a hub to many submarine cables in the region and is at the equator. Many cables in this region are also shorter. Cables that cross the Atlantic and Pacific oceans at high latitudes are at greater risk of suffering from moderate storms.

Depending on where the interruptions occur, Abdu Jyothi says basic data routing systems like Border Gateway Protocol it’s the Domain Name System they can start to malfunction, creating continual interruptions. It’s the Internet’s version of the traffic jams that would happen if traffic lights disappeared and traffic lights went out at busy intersections in a big city.

What are the real chances of facing an extreme solar storm?

While strong solar storms are extremely rare, the stakes are dangerously high. A prolonged disruption of global connectivity of this scale would affect almost every sector and person on Earth.

The Internet infrastructure, however, brings more unknowns than answers. Abdu Jyothi emphasized that his study is just the beginning of much more extensive interdisciplinary research, which needs modeling to fully understand the scale of the threat.