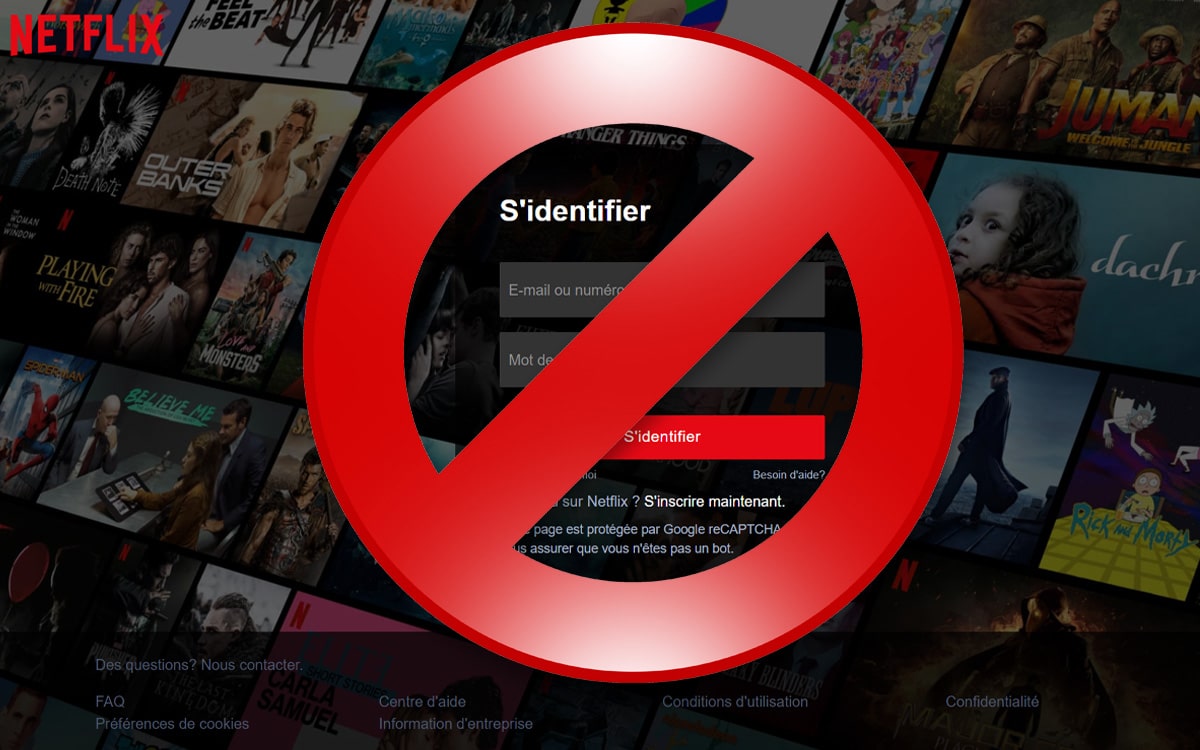 Another Netflix-related phishing attempt is underway. An email, which contains all the codes of the video platform, informs you that your subscription has expired. And to renew it, you will obviously have to enter all your bank details on the fake site set up for the occasion.

The attempts to extract personal data of users are more and more successful. It is now necessary to be extremely vigilant when receiving an email from an online service to which you have subscribed. One of the most recent phishing attempts involves Netflix and, in spite of some clumsiness, there is something easily to fall into the trap. This phishing that steals your bank details had already been spotted in 2020, but it was currently only broadcast in English. It is now available in French.

If you receive a message about the expiration of your Netflix subscription, do not click the button inviting you to renew the latter and to enter your debit card information : it is a scam attempt. This kind of message that is currently rife, however, brings together all the ingredients capable of deceiving a good number of users. Beware, because you can easily fall into the trap of this type of phishing, as the details are “neat”.

A fake Netflix email asks you to renew your subscription

If a few years ago the pirates spoke in very rough French, today they redouble their precautions before sending their messages. In the current phishing attempt, we can find a spelling error (“as soon as possible”) and some punctuation problems (the crooks seem to annoy the dots at the end of the sentence)… And that’s about it . For the rest, the message is clear and concise, while the layout, color codes and the Netflix logo at the top are enough to fool less seasoned users.

If by any chance you receive this kind of email, some elements have something to put the chip in your ear. First of all, even though Netflix is ​​later mentioned in the body of the email, the message comes from “The NFX Team”. On the other hand, the end of the message is in English, while everything else is in French. Finally, the expiration date is written in American format (with the month first, then the day and finally the year). 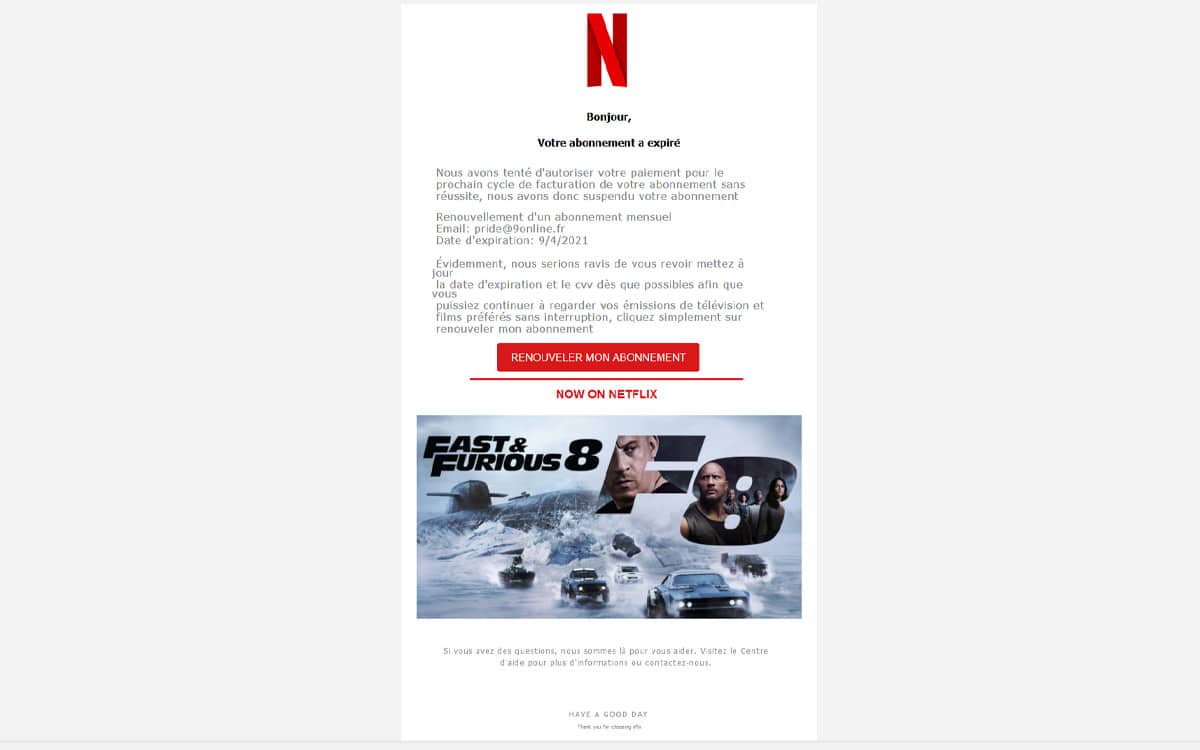 A site larger than life, but blocked by browsers

One of our readers received this kind of email and forwarded it to us. So we hurried to open it to see how far hackers could go to extract information from Netflix subscribers. A problem arises from the outset, since the site is reported as not being secure, regardless of the browser used. We did the test on Chrome, Edge and Firefox.

By forcing the browser to access the site, we come across a carbon copy of the official Netflix site, at least as we could still see it a few weeks ago. A wallpaper showing some successful series like Lupine or Peaky Blinders, the Netflix logo at the top left, and of course the block intended to identify you to the service. The hackers even took over the banner allowing you to contact the service, read the terms of use, etc. 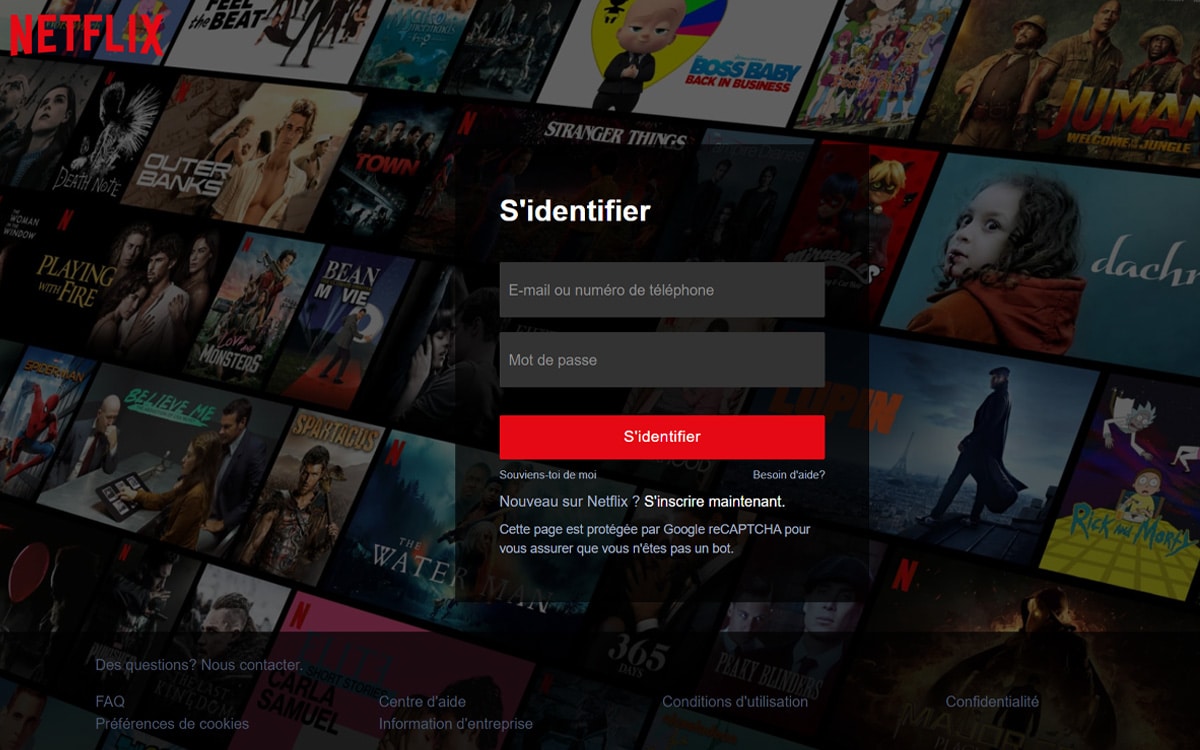 Once the username and password entered, you arrive on a page allowing you to enter your credit card information. It is moreover very probable that thehackers collect Netflix connection data in the process, in order to resell them on the Web. Of course, we never made it through to the end of the process, and the Netflix credentials we provided were fake.

Still, it is better to be more and more vigilant when you receive an email. Our contact also assured us that his Netflix account has never been hacked and that he received this phishing attempt on the email address to which his Netflix account is linked, even though he has more than ten of them. You know what to do if you receive this kind of message in the next few weeks. 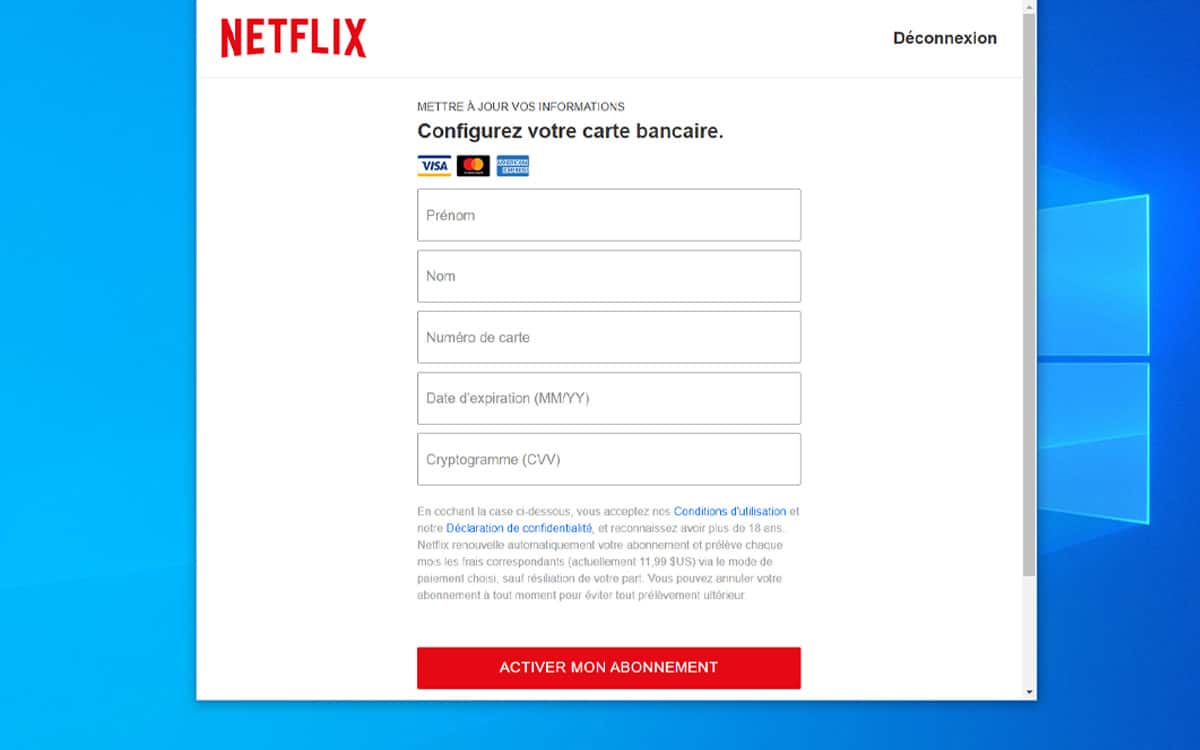