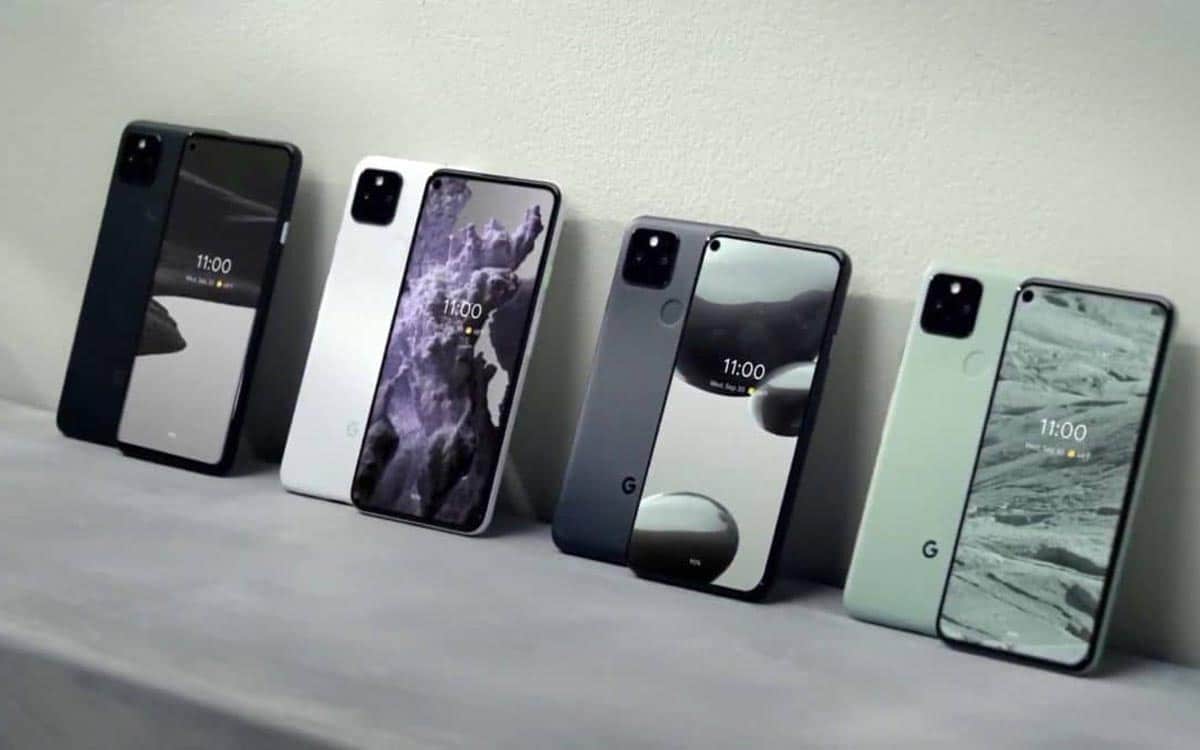 Google has just presented the Pixel 5. For once, the brand’s new flagship is not cut out to compete with the best models on the market, and that is not its only particularity. The Pixel 5 will go it alone this year, with Google opting out of the XL version.

Google has therefore just put an end to several months of speculation around the Pixel 5. During its virtual conference broadcast live on Wednesday, September 30, the firm lifted the veil on its long-awaited smartphone, but also on other products. The all new Chromecast under Google TV is now official, as is the Nest Audio which takes the realai of Google Home. But the star of the evening was obviously the Google Pixel 5 which opens a new chapter in the history of the range.

The latest addition to the series surprises with its unusual positioning. The Pixel 5 has the body of a flagship, but the brain of a mid-range smartphone. It is indeed powered by a Snapdragon 765G SoC as the leaks announced for several months. This is obviously a weak point compared to its usual competitors, but the Pixel 5 gives way in this aspect to gain in another: that of the price.

On the design front, Google is finally keeping up with the punch-in-screen trend, like the Pixel 4a which launched earlier this year. The smartphone thus has much finer borders. At the back, there is always a square block for the photo sensors and a fingerprint sensor beside.

The Pixel 5 evolving on its own this year, it has a screen halfway between that of its two precessors. The smartphone is equipped with a 6 inch OLED display. As a reminder, the Pixel 4 and Pixel 4 XL had a 5.7 and 6.3 inch panel respectively. The Pixel 5 screen also has a 90 Hz frequency like the previous models in the series.

This refresh rate allows good fluidity of images and animations, especially during a game session. And to optimize autonomy, the screen automatically adjusts its frequency between 60 and 90 Hz as needed. Ditto for the color and brightness that adapt to the ambient lighting level thanks to Ambient EQ technology. To return to Snapdragon 765G SoC, it is engraved in 7 nm and is 5G compatible. Its performance should be comfortable for the majority of users.

The chip is also supported by 8 GB of RAM and a storage of 128 GB. The battery is what concerns it has a capacity about 50% greater than that of the Pixel 4. We go from 2800 mAh (only) at 4080 mAh. What offer a much better autonomy knowing that the SoC is a little more light this year. The smartphone is also compatible with a 18W fast charging.

We finally arrive at the photo part. This is a point on which we can easily trust Google, which has proven over the years that it has perfect control in this area. Without offering a host of sensors, the firm has always succeeded in offering a quality photo unit. This year, it is still limited to two sensors: a 12.2 MP main module and one 16 MP wide-angle sensor.

Google Pixel 5 pre-orders start today for release on October 15, 2020. Google Japan had leaked the price of the Pixel 5 a few days ago. The smartphone is obviously cheaper than its predecessors. It is offered at price from 629 €, or 140 € and 270 € less than the Pixel 4 and 4 XL which cost respectively and 769 € and 899 €. The icing on the cake, Google is offering the Bose QC35 II headset for any pre-order of the Pixel 5. Good news for those who are considering buying it.