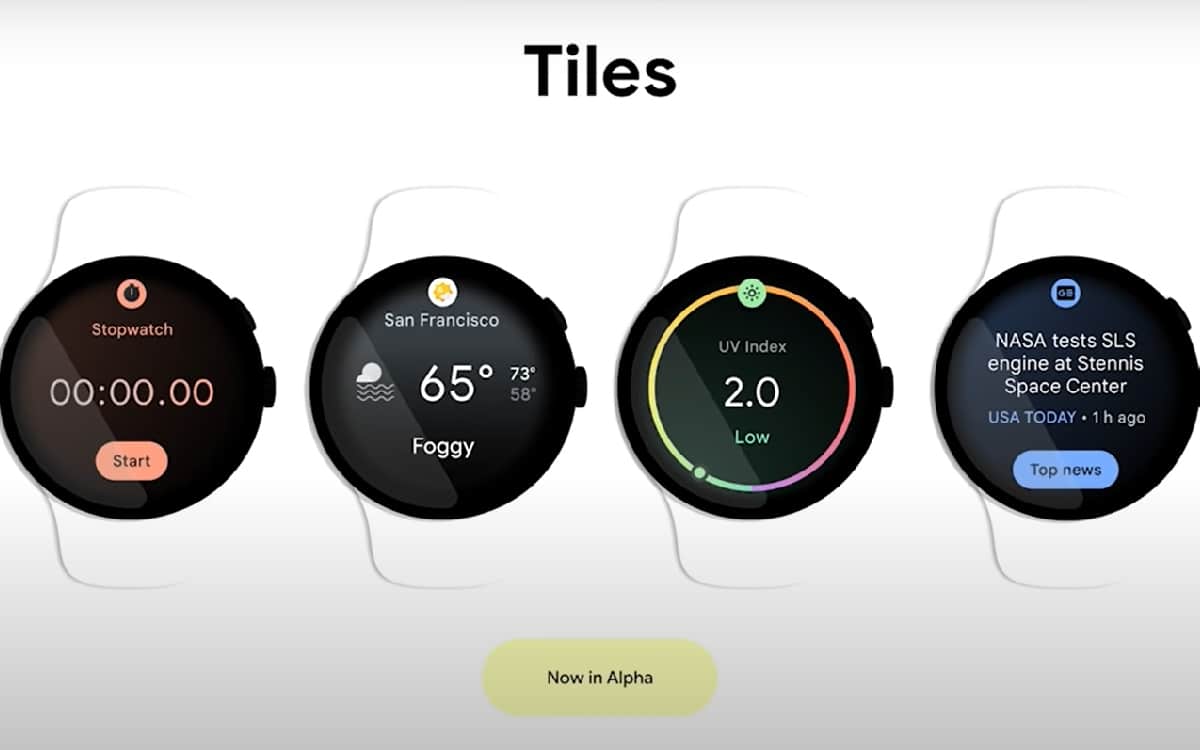 One of the biggest announcements of the Google I / O conference was the merger of WearOS and Tizen. This partnership will shake up the small world of smartwatches in the coming months, with many improvements and new features on the way. We have summarized everything you need to know on the subject.

On May 18, 2021, at the Google I / O conference, the Mountain View firm and Samsung announced the merger of their two operating systems for connected watches. Tizen is joining the WearOS ecosystem, which promises to bring its share of changes for equipped smartwatches.

Some information about this new OS has already reached us. The overall performance will be boosted, while some applications will be equipped with very practical features. However, a few unknowns still remain. We offer you a recap of everything we know today.

The next Galaxy Watch will run on WearOS

It’s now official, the next Samsung smartwatches will work on WearOS. This therefore concerns the Galaxy Watch, but also all future smartwatches. However, Tizen does not disappear entirely. The Korean manufacturer has indeed affirmed that several popular features and hardware components will be making a comeback.

Future WearOS watches will be faster

Samsung and Google largely insisted on this point during the conference: the new operating system will provide a significant boost in performance. Both manufacturers say apps will open up to 30% faster than current watches. Another very appreciable optimization: Google has promised “Smooth user interface animations and movements”, something that has long been lacking in the operating system.

This is a great one for all WearOS watch users, who until now have been eyeing the battery performance of Samsung models. “Samsung has harnessed its best technology to deliver optimized performance, along with advanced sensor grouping and low-power display technology to ensure an efficient and long-lasting battery.”, said its vice president Janghyun Yoon. The result: future smartwatches will benefit from much better battery life. Google says users will benefit “Convenient enhancements like the ability to run the heart rate sensor continuously during the day, track sleep at night, and still have battery life for the next day.”

Manufacturers will be able to customize the interface

“All manufacturers will be able to add a personalized user experience to the platform”, Google said. WearOS isn’t just for Samsung and Google, and both companies have made it clear. If their partnership will necessarily mark a turning point in the connected watch sector, the Mountain View firm does not want to abandon the other brands that trust it. This will allow everyone to take ownership of the operating system and add their own personal touch, like Android on a smartphone.

It will be easier to develop applications

Thanks to the latest Android development methods, such as Jetpack and Kotlin, apps can be created more quickly and easily, says Google. In addition, the firm provides developers with new APIs that support Tiles, sensory sensors, and many other features. Something to simplify the life of those who want to publish their applications on WearOS.

You no longer need to be connected to the Internet to enjoy Spotify or YouTube Music. The user will thus be able to do without their smartphone to listen to their music. It will then suffice to download the desired songs to then play them on the watch. Samsung smarwatches already offer this service, so it is only natural that it joins the arsenal of WearOS. Apple Watches, meanwhile, still don’t allow that.

Google Maps will work without a phone

There are rumors that Google plans to include Maps in future smartwatches. Also in the perspective of making life easier for the user and reducing their dependence on smartphones, it is rumored that the Mountain View company wants the GPS application to stand alone. Smartwatches must therefore be compatible with cellular data. 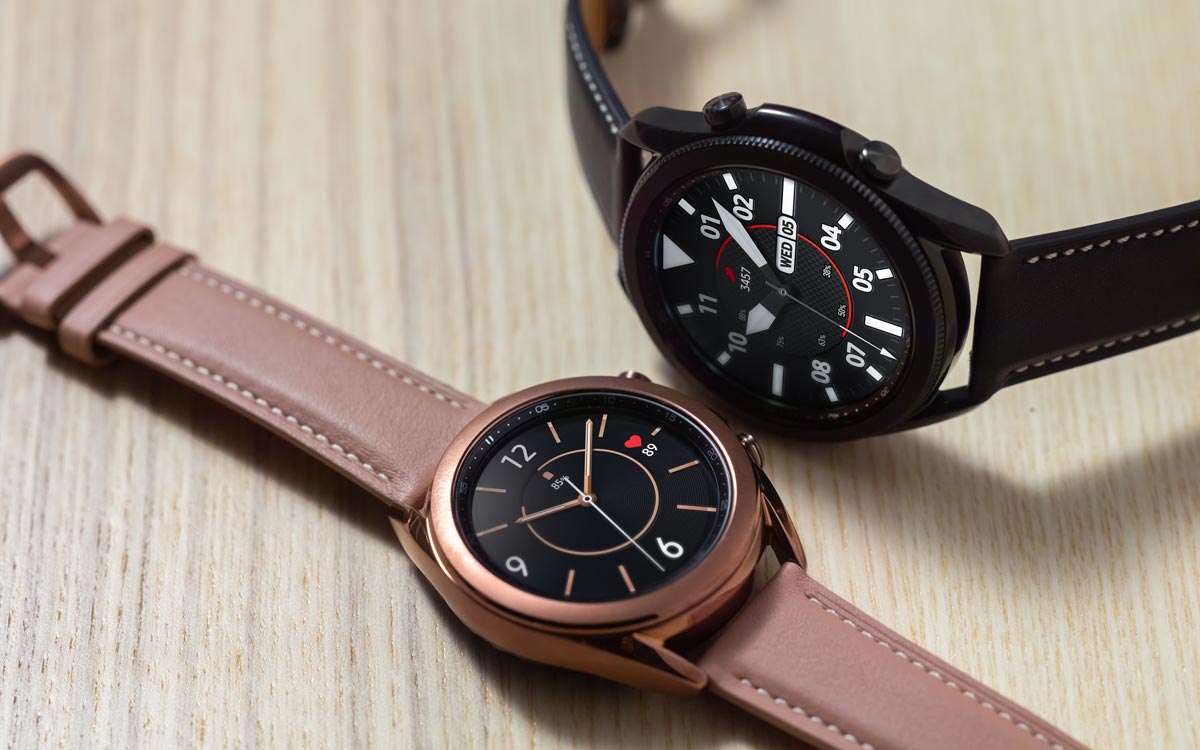 Earlier this year, Google acquired Fitbit with the goal of including its activity tracking technologies in its smartwatches. This will be done in the next WearOS smartwatches. The app should use the multiple sensors on the devices to display a lot of health data.

Some WearOS watches could be updated

No confirmation from Google at this point, but it is very likely that smartwatches running on the current operating system will be updated to Wear, the temporary name given to its merger with Tizen. “We will have more information to share on timelines when the new version is released later in the year”, the firm said. Answer within a few months, then.

On the same topic: WearOS – Google improves text input with a new keyboard and several languages

But the Galaxy Watch are not affected

On the other hand, Samsung watches will stay well on Tizen. Only future models will be entitled to the new operating system. That being said, the manufacturer has no plans to drop its current smartwatches. “For customers who already own Tizen OS based Galaxy smartwatches, we continue to provide at least three years of software support after product launch.”, underlined the firm. However, some features will probably never see the light of day on these models.

Users will be treated to a huge selection of looks for their smartwatch, thanks to Samsung’s tool that makes them easy to create. The manufacturer, as well as Google, have promised that many different styles will be available on the next models, in addition to themes already unique to each of the brands.

So that’s enough to wait while Samsung and Google reveal the first watch running on the all new WearOS. However, some questions still have not been answered. We still don’t have a launch date for the operating system or what will happen to some apps, like Samsung Pay. Should we expect an interface similar to WearOS, Tizen, or something completely new? Will the watches support iOS functions? We will have to wait to get these answers. We will of course keep you posted as soon as we know more.