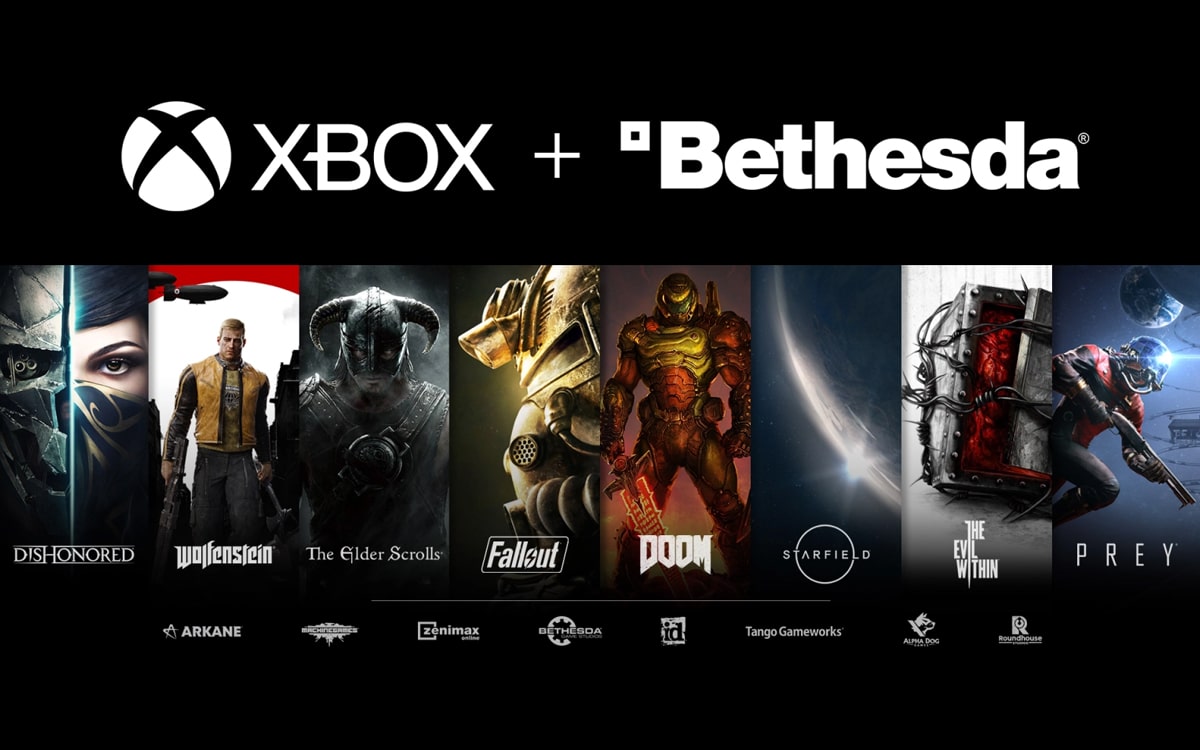 Bethesda is now a Microsoft studio and as such will develop exclusives for the Game Pass service, said Phil Spencer. However, that doesn’t mean that you will no longer be able to play Bethesda-branded games on PlayStation. Explanations.

It’s done: Bethesda is now a Microsoft brand, which has purchased the studio and its licenses for more than $ 7 billion. To celebrate the event, the Redmond firm hosted a small online event on March 11. It was the occasion for Phil Spencer, boss of the Xbox division, to announce the arrival of 20 Bethesda titles on the Game Pass. We were also able to find out more on the future management of exclusives by Microsoft.

Bethesda is a sprawling studio with dozens of licenses spread across multiple platforms. Will all future games become Xbox exclusives? On the contrary, will Microsoft continue to bet on other platforms? A situation that worries fans a bit and that Phil Spencer wanted to clarify. Yes, future Bethesda licenses will be Game Pass exclusions, but that doesn’t mean the PlayStation will be discontinued:

“Obviously, I can’t sit there and tell you that all Bethesda games will be Xbox exclusives because we all know that’s not true. We have contractual obligations that we must respect. We have games on other platforms and we will continue to support them. There are strong player communities. We love these communities and we will continue to invest in them. In the future we may also have other contractual or inheritance obligations that we will honor. “

Legacy is the important word of this statement. We can thus assume that future saga titles historically linked to multiple platforms are also coming out on PlayStation 5. All eyes are obviously on The Elder Scrolls 6, one of the most anticipated blockbusters of the next few years.

Spencer also talks about contractual obligations. Here, we are thinking of two games in particular: Deathloop and Ghostwire Tokyo. These will be PS5 exclusives. Scheduled for 2021, the two titles of Bethesda are a bit the emblem of this period of uncertainty. Not planned for the Xbox Series X (GhostWire could arrive later, however), they will be released on PC anyway. Deathloop will be released on Steam and we do not yet know if it will one day be included in the Game Pass.

Bethesda will do well with Xbox exclusive games

However, one should not expect either that Microsoft does not develop exclusives. After all, this is the crux of the matter. The Redmond firm didn’t buy a studio for $ 7 billion just for the sake of putting old games on the Game Pass:

“But if you’re an Xbox gamer, the thing I want you to know is that we’re going to deliver some great exclusives to you on the platforms where the Game Pass is available. This is our goal, this is why we are doing this, this is the basis of the partnership that we are building. “

So there will be Bethesda exclusives on the Game Pass in the future, Phil Spencer hinting that games would be developed specifically for the platform. One way to attract new customers to the Game Pass subscription, the real heart of this new generation of Xbox.

Of course, we are not that at the very beginning of this partnership and we are only seeing the first fruits with the arrival of the existing Bethesda catalog on the Game Pass. We will really see the consequences of this takeover in the years to come with games developed under the leadership of Microsoft.