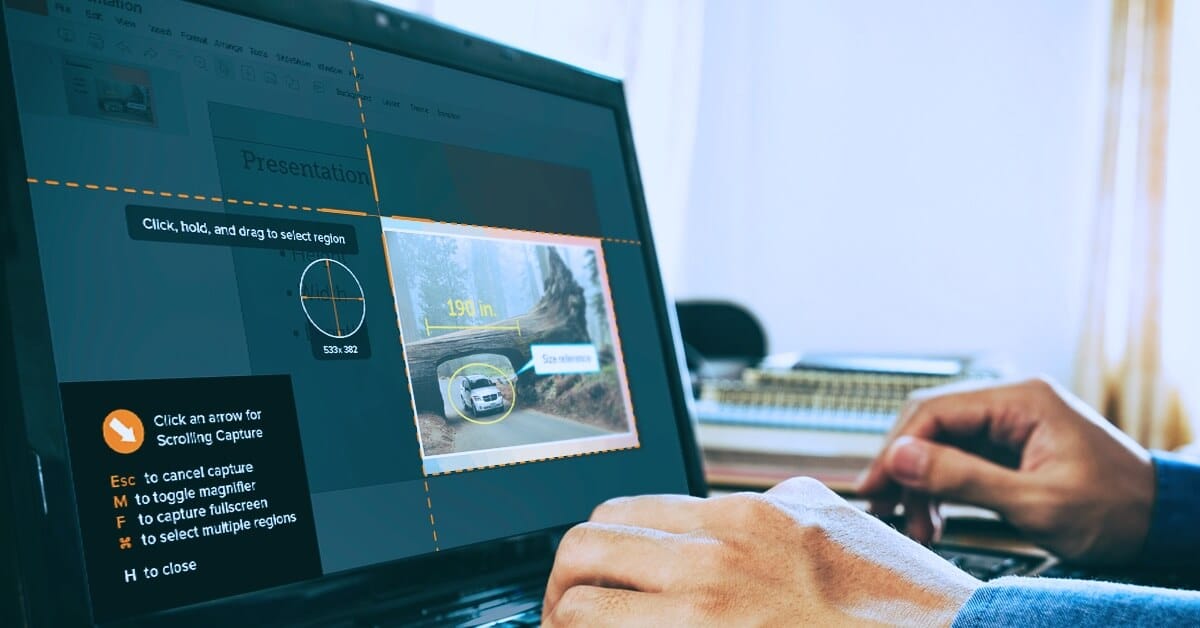 What are the best screenshot and video recording software and tools? While the majority of operating systems have a built-in tool, there is a lot of free software available to take a screenshot. Some even offer a function to record what is happening on your screen. We have selected the best free image and screen video capture software and tools.

iFun Screenshot developed by iObit prides itself on being “the best screenshot software”. Among its strengths is the ability to select any area to take screenshots, but also to pin them to your screen with just one click. Many screenshot formats are supported by iFun Screenshot, including JPG, PNG, BMP etc.

Complete, it allows easy editing of your screenshot (modify frames, circles, lines, or add text) as well as its sharing on other platforms. Three steps are required to take a screenshot with iFun Screenshot.

Although iFun Screenshot is a free PC screenshot software, it will not display watermarks or advertisements on the screenshot.

The Xbox Game Bar, natively integrated into Windows 10, allows you to take screenshots as well as video captures. To access it, nothing could be simpler since it suffices to press the keys simultaneously. Windows + G.

You can also add a Widget to your home screen for faster access. The tool also gives the possibility to record a video from a window of your internet browser. You only need to open it to see the video recording icon appear in the Xbox Game Bar.

Greenshot is a free screenshot software available for both Windows and Mac OS. The latter stands out from other tools by the possibilities it offers. It offers quite a few more useful features than the last. For example, we find the possibility of editing the image by adding text. Blurring effects are also available as well as the addition of arrows, useful for making online tutorials, for example.

The software is also equipped with a shortcut represented in the form of an icon in the taskbar to have quick access to it and thus take captures of a web page or a window of a program. Finally, Greenshot allows you to export and share your screenshots in the Office suite or on sites like Flick or Picassa through your mailbox. We regret the fact that the software is not translated into French.

We continue our selection of the best software for taking screenshots with Snipboard.io. This tool is actually a website that allows you to upload any screenshot in order to share it later on the web. Its slogan “The easiest way to share screenshots and images” reflects the service it offers. Even if its interface is entirely in English, its use could not be simpler. Here is how it works.

After the best screen image capture software, it’s time for the best video capture software. As their name suggests, they allow you to record in video format everything that happens on your computer screen. Some also offer a function to record the audio stream but also the actions represented by the clicks of your mouse.

We start with OBS Studio (Open Broadcaster Software) which is free and open source video recording and live streaming software. It is suitable for people who use platforms like YouTube, Facebook or Twitch.

However, he also allows you to film what is happening on your PC screen. OBS Studio is therefore the perfect tool for people who want to broadcast live but also capture videos from their screen. His interface in french allows you to easily have access to all the features it offers.

Among them, we can note for example: Capture and mixing high performance audio-video in real time, creation of scenes from multiple sources, for example captures of windows, images, text, browser windows, webcams, acquisition cards , etc. OBS Studio is available for free download on Windows, Mac or Linux operating systems.

We continue our selection of the best video screen capture software with iFun Screen Recorder developed by iObit. It was designed for the purpose of enabling video recording of the screen. Completely free, it offers a multitude of features. The screen recording can be triggered by a hotkey and the software also incorporates a FaceCam function.

The latter allows the user to simultaneously activate the audio stream from the microphone with the video stream from the webcam. It is also equipped with a timer which allows the video recording of the screen to start after a lapse of a few seconds. iFun Screenrecorder can also record the effects of mouse clicks on the screen. An interesting option, especially if you are doing online tutorials, game sessions or webinars.

With this ideal Windows screen recorder, you will always have HD video without any lag. With a 60 fps rate and 4k recording definition, your videos will be crystal clear. Finally, very complete and versatile, iFun Sreenrecorder also allows you to edit recorded videos. In this way, you can cut, divide or crop the video sequences in order to adapt them to your different uses.

Icecream Screen Recoder also includes our selection of the best video screen capture software. The latter offers a clear and intuitive interface, completely in French. In addition to that, there are very interesting features: online hosting but also a programming function for your video recordings.

Just like iFun Screen Recoder, the software is free and it allows you to create customizable keyboard shortcuts to capture your computer screen. The software also allows you to record your games by selecting the quality of the video and the video codec (PRO version). Icecream Screen Recorder stands out as one of the best free software solutions for image and video screenshots combined.

Also read: How to take screenshots on my Windows 10 PC?