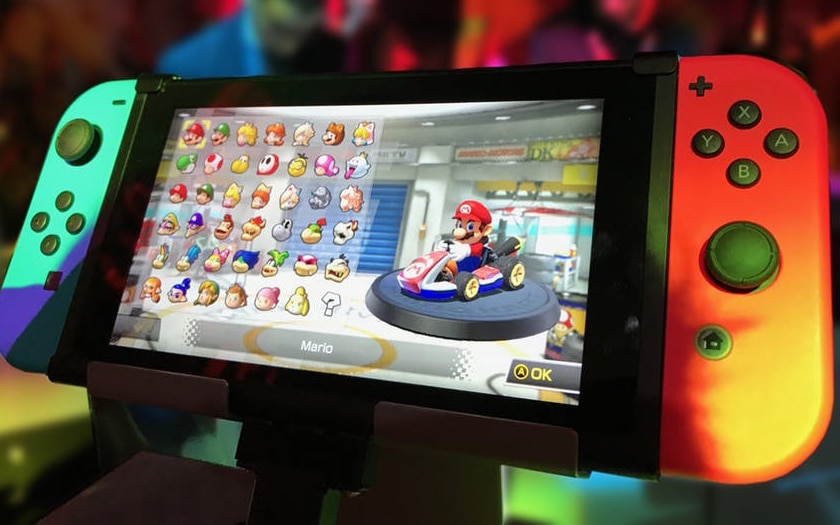 Have you just bought a Nintendo Switch console and are not sure what game (s) to get? You have come to the right place! We have concocted a small selection of the best Nintendo Switch games, follow the guide.

The Nintendo Switch, the famous hybrid console from the Japanese manufacturer, has enjoyed phenomenal success since its release in 2017. During our test of the Nintendo Switch, we really appreciated its audacity, its excellent autonomy, the fluidity of its interface and the famous Joy-Con . Below, we’ve put together a list of the best Nintendo Switch games available on the market. Let’s go !

Animal Crossing New Horizons life simulation video game released on March 20, 2020 for Nintendo Switch allows you to explore an island and collect different resources (branches, fragments of rocks, weeds, etc.) that you can use to craft tools. Everything is customizable, from your avatar to setting up your camp. This game offers complete freedom allowing you to lead your life as you see fit

The second title in our selection is the fighting game Dragon Ball FighterZ, ideal for fans of manga. This game developed in partnership with Arc System Works, offers stunning graphics and ultra faithful to the animated series, and gameplay that is easy to access but offers a lot of depth for the most demanding players.

We continue our tour of the best games on Nintendo Switch with Fire Emblem Three House, a game rated PEGI 12. In the latter, you play the hero the world needs! The action takes place in Fódlan, a land where the Church of Seiros exerts a great influence on its land and its people. As the main character, you will not only have to fight on the battlefield, but also move freely to interact with other characters to form friendships and gather useful information.

Luigi’s Mansion 3 is a must have on Switch in 2020. It is the sequel to one of Nintendo 3DS’s greatest hits. After receiving an invitation to stay in a luxurious hotel, Luigi prepares to have a dream vacation with Mario and his friends. The dream quickly turns into a nightmare when King Boo reveals that it was all a ploy to capture Mario and his companions! Once again assisted by the wacky Professor K. Tastroff, it’s up to our cowardly hero to venture into exploring a hotel that is by no means a dream destination.

With the Nintendo Switch, the mad racing of Mario Kart takes on a new dimension. Here again, the title stands out thanks to the excellent integration of its gameplay with the console. Crazier, more varied and more complete, the races of Mario Kart 8 Deluxe will make you addicted thanks to a colorful universe, their many new features and a fun side without very pleasant fuss.

Officially available from November 15, 2019, the Pokémon Sword and Shield games will transport you to the new Galar region, to meet many new Pokémon! It is a role-playing game, playable from 7 years old (PEGI 7). Trainer, begin your adventure in the fascinating Galar region, inspired by the England of the Industrial Revolution, where Pokémon battles are elevated to sporting events in stadiums.

We no longer present Mario! Pop culture’s most famous plumber made a resounding comeback in 2017 with Super Mario Odyssey, a game that condenses the best of Mario’s universe. Enjoyable, addictive and loyal to the license, Super Mario Odyssey will appeal to nostalgic and neophytes alike.

Accessible to all (PEGI 12), Super Smash Bros. Ultimate will take you on an adventure of legendary game worlds and fighters coming together for the ultimate showdown. New fighters like Inkling from the Splatoon series and Ridley from the Metroid series make their Super Smash Bros. debut. alongside all the fighters who featured in the Super Smash Bros. series.

The Legend of Zelda: Breath of the Wild

Cult license, Zelda is one of the essential titles to test on your Nintendo Switch! Critical as well as commercial success, Breath of The Wild contains all the ingredients that have made Zelda so successful since its creation 31 years ago: an inspired universe to explore, adventure galore and a real journey, which rises to crescendo. until the end of the game! A must !

The Legend of Zelda: Link’s Awakening

Still in Zelda’s world, the Game Boy console classic, The Legend of Zelda: Link’s Awakening, is rekindled on Nintendo Switch, to the delight of nostalgic and newcomers alike. Enjoy a completely reworked version, with a unique graphic style and re-orchestrated musical themes, which will appeal to fans of the series as well as new adventurous players.

The witcher 3: wild hunt is a story-driven, open-world adventure, revealing a dark and fantastic universe. You play as Geralt of Rivia, a mercenary and monster slayer, armed with razor-sharp swords, deadly potions, stealthy crossbows, and powerful combat spells to accomplish his task. Before you lies a monster-infested and war-torn continent, which you can explore at your leisure.