The Google Pixels are among the best Android smartphones on the market. Very different from the competition, they especially appeal to lovers of photography and innovation. We take stock of the best models available on the market today. Follow the guide.

Our selection of the best Google Pixel smartphones

Since 2018, Google has been marketing Pixels in France. Currently, there are therefore a handful of variants on the French market, particularly on the Boulanger, Darty, Fnac and Rue du Commerce sites. We have selected the best Google Pixels to buy in 2020. Finally, we also answer some questions about them.

Google Pixel 4: the king of photography

We attack this selection with the Google Pixel 4. Launched in October 2019, the smartphone is built around a 5.7-inch 90 Hz OLED screen. It stands out from the competition with a refresh rate of 90 Hz , ideal for watching videos or playing video games. The Pixel 4 is powered by Qualcomm’s Snapdragon 855 paired with 6GB of LPDDR4x RAM. The Pixel 4 performs in all situations.

Unlike its predecessors, the flagship skips the fingerprint scanner on the back. Instead, Google opts for a 3D facial recognition system that aims to compete with iPhone Face ID, Face Unlock. Intuitive and secure, this system allows you to unlock the smartphone with your face in an instant. Thanks to sensors housed in the upper border, it is also possible to control the Pixel 4 without touching it.

This feature is unfortunately rather a gadget. The Pixel 4 surprises especially in the field of photography. Thanks to a double photo sensor doped with algorithms, the smartphone obtains impressive results. Of particular note is the success of the formidably efficient portrait mode. On the video side, the Pixel 4 can film in 4K at 30 fps, in Full HD at 30, 60 or 120 fps and in HD up to 240 fps. On the other hand, the Pixel 4 sins on two points: design and autonomy.

Unlike the competition, Google has heavy bezels around the phone’s OLED display. This choice is rather questionable for a smartphone that wants to be high-end. Finally, we regret the ultra disappointing autonomy. With its tiny 2800 mAh battery, the smartphone is unable to last a single day on a recharge. Google limits the damage with the 18W fast charge, which goes from 0 to 50% in under 30 minutes, and from 0 to 100% in just an hour. Despite its flaws, the Pixel 4 is a sure bet. It is available from many resellers around 500 euros.

Very similar to its little brother, the Google Pixel 4 XL stands out mainly thanks to its 90 Hz 6.3 ″ OLED QHD + screen. Unsurprisingly, it inherits the power of the Pixel 4 thanks to the Snapdragon 855 supported by 6 GB of RAM. With the same set up as its little brother, the Pixel 4 XL achieves feats in the field in the photo. Very versatile, it allows you to take quality photos in most situations.

It also slightly outperforms the Pixel 4 when it comes to battery life. Google has integrated a 3700 mAh battery in its large format model. Under these conditions, the flasghip is able to last a whole day with a single recharge. In addition, the device is capable of recharging to 30% in just 20 minutes, and to 44% in 30 minutes. More complete than the Pixel 4, the Pixel 4 XL will delight lovers of large formats. It is available around 850 € at most retailers.

To see: the best offers to buy a Google Pixel 4/4 XL at the cheapest price

Google Pixel 3: the alternative to the Pixel 4 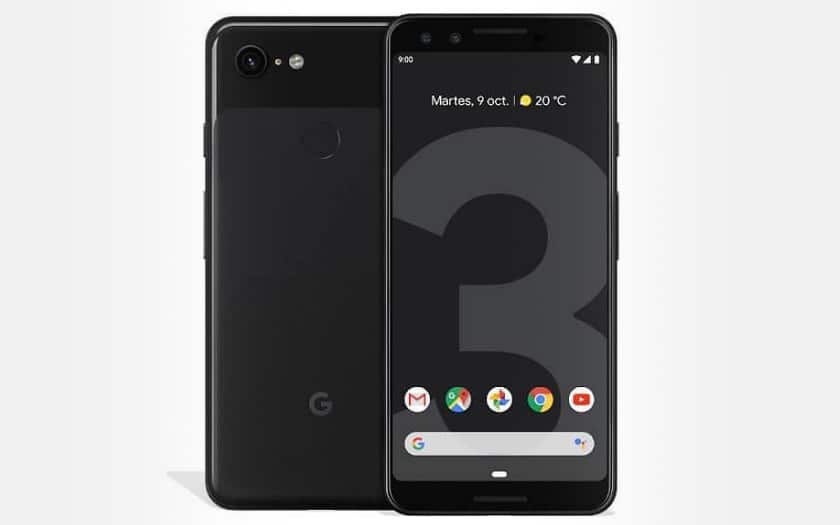 Launched in late 2018, the Pixel 3 refines Google’s recipe. The smartphone is covered with a 5.5-inch OLED screen surrounded by large, unsightly bezels. However, the display is of good quality. The smartphone is powered by Qualcomm’s Snapdragon 845 accompanied by 4 GB of RAM. The good performance is therefore there, especially as the Android interface is ultra light. Multitasking is responsive and fluid. On this side, he won’t let you down.

As always, Google is particularly successful in photography. Despite its unique photo sensor, the smartphone manages to take detailed and very aesthetic photos. Here again, Google’s software is at work. In the middle of the night, the Pixel 3 will continue to surprise you.

Unfortunately, the smartphone disappoints with its average autonomy. With its 2 915 mAh battery, it struggles to last a day with a single charge. You will therefore have to go through the recharge box during the evening, unless you do not consult your phone too often. A little too unbalanced, the Google Pixel 3 is nevertheless a solid alternative to the Google Pixel 4. It is available around 450 euros at most retailers.

Very similar to the Pixel 3, the Google Pixel 3 XL, however, has several strengths absent from its little brother. It’s built around a 6.3-inch screen with a QHD + de ﬁ nition, compared to Full HD + for the Pixel 3. Unfortunately, that stunning OLED display has a huge notch topped it. This unsightly notch contains a double front photo sensor (and two speakers).

Faithful to the reputation of the range, it is obviously a prowess in photography and will especially delight fans of sel ﬁ e. With its Snapdragon 845 coupled with 4 GB of RAM, it obviously offers high performance, also as part of a game. Thanks to its 3430 mAh battery and the lightness of the interface, it will easily last a full day with a single charge. Complete and balanced, the Pixel 3 Xl is sold around 550/600 euros on the web.

To see: the best offers to buy a Google Pixel 3/3 XL at the cheapest price

Google Pixel 3a and 3a XL: Pixels for small budgets 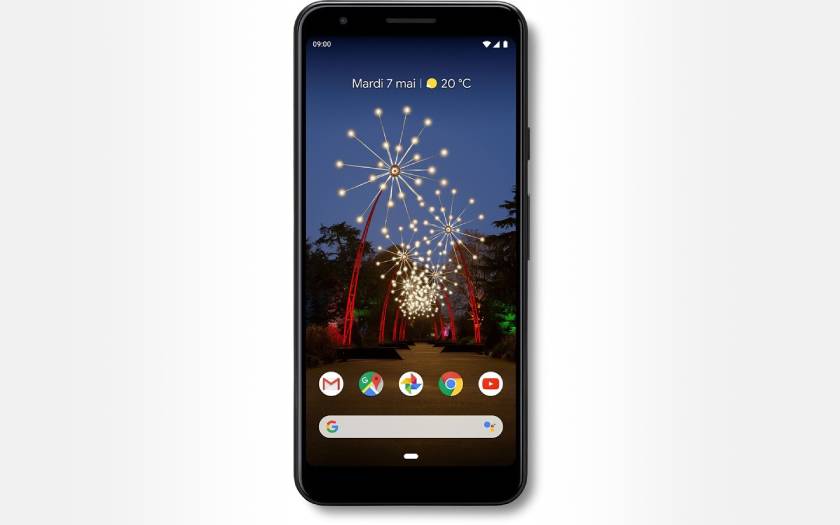 We end this selection with the Google Pixel 3a and the Google Pixel 3a XL, the only Pixels reserved for the mid-range market pending the release of the Google Pixel 4a. Both smartphones are equipped with a 5.6-inch or 6-inch OLED display and a Snapdragon 670 (10nm) respectively, which guarantees decent performance. Google even manages to compensate for the hardware limitations with excellent software optimization. However, the two smartphones do not hold up during too intense gaming sessions.

Also thanks to Google’s algorithms, the Pixel 3a are the best cameras in this market segment. They also offer a battery life of up to a day and a half. Unfortunately, they ignore wireless charging. Now available around 300 euros, the Pixel 3a is primarily aimed at small budgets. For its part, the Pixel 3a XL is priced around 400 euros. It’s a great, low cost gateway to the Google experience.

To see: the best offers to buy a Google Pixel 3/3 XL at the cheapest price

🤔Why buy a Google Pixel?

With its Pixels, Google has always played the card of the difference. On the design side, the search giant has always made choices against the market. This culture of difference also emerges on the hardware side. While most smartphone manufacturers, such as Samsung or Huawei, are increasing the number of photo sensors, Google continues to opt for single or dual photo sensors.

The Mountain View ﬁ rm compensates for the starving hardware of its devices with its software expertise. Thanks to algorithms specializing in image processing, Pixels are among the best smartphones in the field of photography.

That’s not all. The Pixels are also distinguished by a clean and light interface. Unlike brands like Samsung or Xiaomi, Google doesn’t add heavy layers to its phones. This approach has several advantages. The lightness of the software first allows the Pixels to offer high performance without needing a large amount of RAM.

In addition, the Pixels are still among the first smartphones to be able to install Android updates. By choosing a Pixel, you get the guarantee that you can install Android 11 or Android 12 as soon as they are released. Likewise, you will receive monthly security patches before anyone else!

💽How much internal storage space?

Google is not one of the most generous manufacturers on this point. Since its arrival in France, the Pixel range leaves the choice between 64 or 128 GB of internal storage. The 64 GB of ROM will be sufficient for the most basic uses. If you mainly use your smartphone to call loved ones, send messages or check social media, you can opt for the 64 GB variant.

On the other hand, if you are used to installing a lot of applications, including Android games, taking dozens of photos a day or recording videos, we strongly recommend that you turn to the 128 GB internal storage.

Note also that the Pixels are devoid of MicroSD port. If your storage space is full, you will need to turn to a Google Cloud storage subscription. On the other hand, Google offers unlimited storage space for your photos and videos on Google Photos for 5 years.

The Google catalog includes models equipped with a fingerprint reader on the back, and a 3D facial recognition system, Face Unlock. Like Apple, Google has decided not to dwell on the fashion for the fingerprint sensor hidden under the touch screen. On this point, everything depends on your users and your tastes.

If you’re used to the rear-mounted fingerprint reader, as was the case with most Android phones in recent years, you won’t be out of place with the scanner on the Pixel 3, Pixel 3a, and Pixel 3 XL. On the other hand, the Pixel 4 will force you to get used to Face Unlock.

🙄What accessories to go with my Pixel?

Once you’ve chosen your Pixel, you’ll obviously want to pack it with a handful of accessories. On its of ﬁ cial website, the American brand offers a number of neat accessories. First, choose a protective cover to avoid damaging your new companion.

As most of the models in this selection are compatible with wireless charging, we also invite you to fall for an induction charging base. We recommend the Pixel Stands for example. Finally, you can add a pair of Google wireless headphones, Pixel Buds, or Google Home speakers to your cart.

💰How much budget for my Google Pixel?

For less greedy users, we advise you to opt for the Pixel 3a. Mid-range oriented, it is available around 300 euros. For users looking for top-flight performance and a more premium experience, we recommend the Pixel 4 and Pixel 4XL, respectively priced around 750 and 850 euros.

If your budget is limited, but you absolutely want high-end, we will direct you to the Pixel 3 and Pixel 3XL range, which are still well worth it. They are also cheaper than when they were released: between € 450 for the standard Pixel 3 and around € 600 for the XL.

we hope this guide to buying the best Google Pixels on the market will allow you to make informed purchases. If you have any other advice for the Phonandroid community, or if an error has inadvertently crept into this file despite our vigilance, we invite you to let us know in the comments below.